Thierry Gueorgiou: "There are no limits to dream" 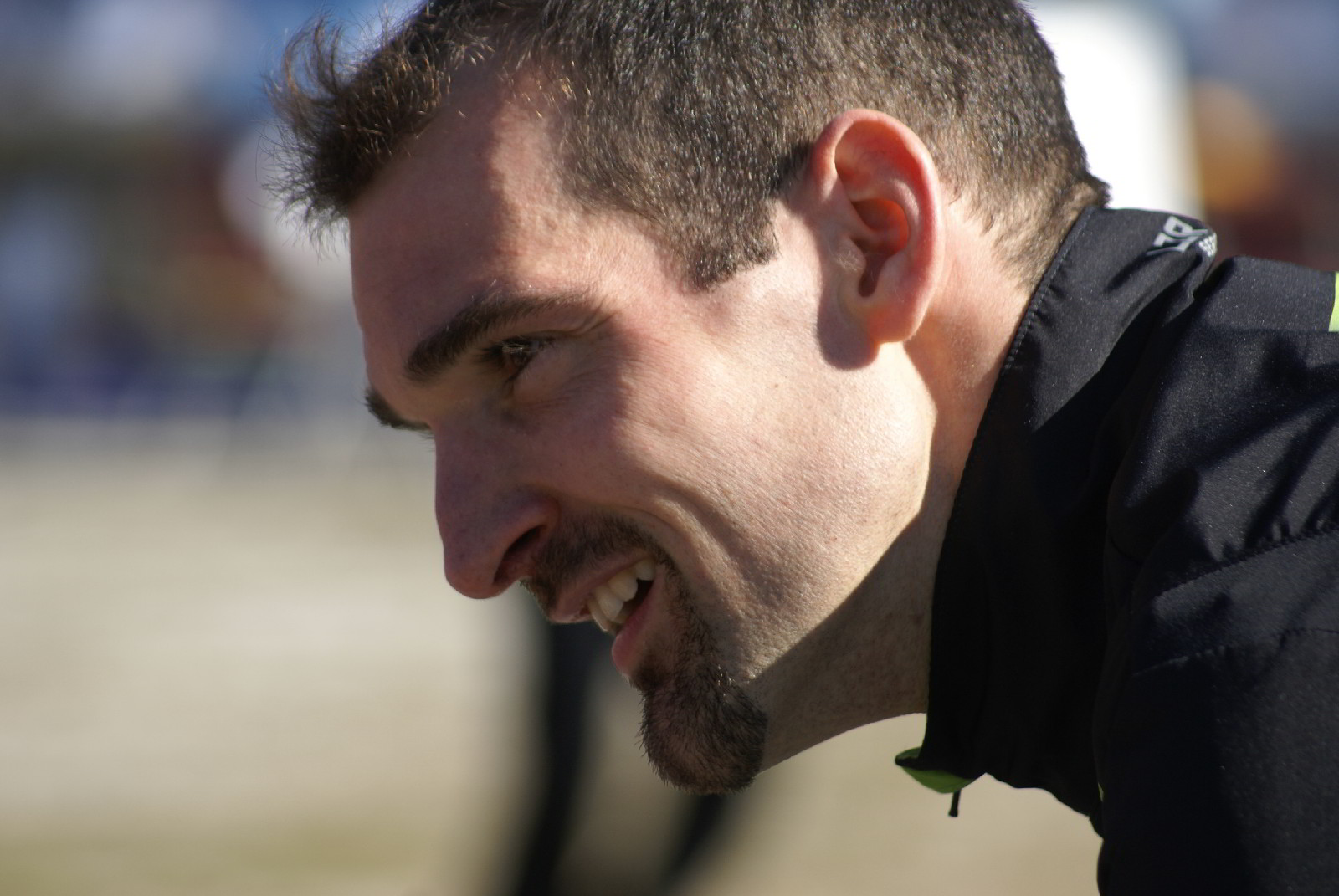 Thierry Gueorgiou doesn't need an introduction. At the aftermath of his recent victory at the Portugal O' Meeting 2012, the Portuguese Orienteering Blog spoke to him. Here you are the result of this conversation, getting to know a little better the man and the athlete.


Five years later, which special significance has for you the return to the highest place of the podium at the Portugal O’ Meeting?

Thierry Gueorgiou (T. G.) - I keep good memories from 2007. The present edition of the Portugal O' Meeting was very different indeed. In 2007 we were at an altitude of 1000 meters on a little more open terrains, so it was a pleasant surprise to find here very technical terrains, in wooded areas. I must say that the first two stages were very good but the stages 3 and 4, in fact, exceeded them by far. All the participants will remember for a long time the two stages in Sátão.

How important is starting the season with a victory? In what way may it be an increase on the confidence levels?

T. G. - In winter I need to draw some short-term goals. My ultimate goal, of course, points at the World Championship, but it's really important at this time of the year, to trace intermediate goals for this month or for the next month. The Portugal O’ Meeting was one of them; Silva League, in Sweden, in April, will be another; the Tiomila... This is an important part of my preparation and that’s why I feel satisfied by the good races that I did here, although I’m not very happy with my performance at the second stage of the Portugal O 'Meeting and at the first stage of the XIII Centro’s Orienteering Meeting. There are lots of things to work, clearly, but winning always causes a great deal of confidence.

I had the chance to talk with Olav Lundanes, Daniel Hubmann and Anders Nordberg and, in their words, I could understand how important it could be to beat you. How did you manage with this enormous pressure at the key moments? Is ice what runs in your veins?

T. G. - No, it’s not ice (laughs). I got used to dealing with this pressure, since everyone who sees me at the start of a competition expects me to win. I learned to live with this kind of pressure and things are as they are from ten years until now. On departure to a competition I’m always very relaxed because Orienteering is really what I enjoy to do the most. And then, in the forest, when I run at the maximum, it amuses me greatly. I don’t need to focus on the others runners, just to concentrate in myself and at the pleasure that the practice of Orienteering gives me. In what I do at the moment, in a beautiful forest with a beautiful course to enjoy.

But when you realize that you did a mistake, don't you get unfocused?

T. G. - Yes, precisely. If I do a minor mistake, I seek to re-enter in to the race as soon as possible because the chances of winning are still there. But if it's an error like the one that happened in the second stage of the Portugal O 'Meeting, well... It's true that the frustration is much bigger, I know that the chances of winning or even entering into the first three places are near zero and then becomes much more difficult to regain the right pace. These are things that we realize with the experience. In fact, you can win despite committing two or three small mistakes, although you can lose even if you made a perfect race.

Out of Orienteering, who is Thierry Gueorgiou?

T. G. - Unfortunately, my free time practically doesn’t exist. My life can be divided into stages and Training Camps and, in the intervals, the available time is used to draw the plans in according with the closest goals. So, I would say that 90% of my time is no less no more than Orienteering. But I like discovering new places, new cultures. I usually take the end of the year to travel and I choose places where Orienteering is absolutely absent. My last holidays were in New York and I could enjoy some very good moments. But I have other passions such as movies or fishing. In fact, fishing is my hobby; this is where I'm most relaxed. As for the movies, the last movie I saw was "Millennium" [NR Niels Arden Oplev, Sweden 2009]. I saw it with Annika [Billstam] in the original version and it was fine. I have a good number of films among my favourites, but I shall elect the "Gladiator" above all. And I also like reading, of course. I read a lot, especially sports-related publications. Daily, I read L'Equipe and, from time to time, I also read a book during a stage.

What would you say to someone who is starting in Orienteering?

T. G. - I think the most important, as I often say, is to dream. Having a dream and pursue it, is very important in terms of motivation. So, it might have a translation on a daily basis, depending on the size and scope of the dream. If the dream is to become world champion, you absolutely need to train daily with such commitment and such a desire corresponding to your final goals. There are no limits to dream. We have the case, for example, of this great little orienteer from Canada, Emily Kemp, who is part of our training group. It's true that, in Canada, Orienteering doesn’t have the expression that it has in France or in Sweden, for example. But her devotion is such that she begins to do great things and the results are appearing. When you dream and when you work to achieve the results, you can get there.

Your ultimate goal, as you said earlier, are the World Championships. Are we going to see you repeating the three gold medals achieved in 2011?

T. G. - It will be extremely difficult. We all know that the Swiss Team is practically unbeatable and they are going to be exceptionally well prepared for that. To get the gold, I have to do better than I did last year. I have no doubt that the level of competition will be extraordinarily high. In France, I had this great objective of achieving the three gold medals but now, in Switzerland, I'll be immensely happy if I achieve just one gold medal.

In 2014, Portugal will host the European Championships EOC/ETOC. At this time, what do expect from this event?

T. G. - Portugal has a lot to offer to all orienteers from all over the world. The Portugal O’ Meeting is an excellent example of it and you are, year after year, organizing some absolutely incredible events. I think that you will not waste this opportunity to do something that everyone will remember for a long time. Portugal has magnificent terrains in the mountains, like those we’ve seen here in Viseu, and, once again, everyone will be surprised by the quality of the organization. Personally, I don’t know if, in 2014, I will still do Orienteering at a high level but, at least, I hope to be here among the public to attend the races. I am sure that if you can offer what the best exists in Portugal, we will have a memorable European Championships. In any case, I have no doubt that the organization will be perfect. The number of passionate people for Orienteering in Portugal is so high that leaves me totally confident and relaxed about the quality of the event.

Posted by Joaquim Margarido at 8:47 am