Lyn West: "A Catalyst to Encourage the Development of Trail Orienteering in Scotland" 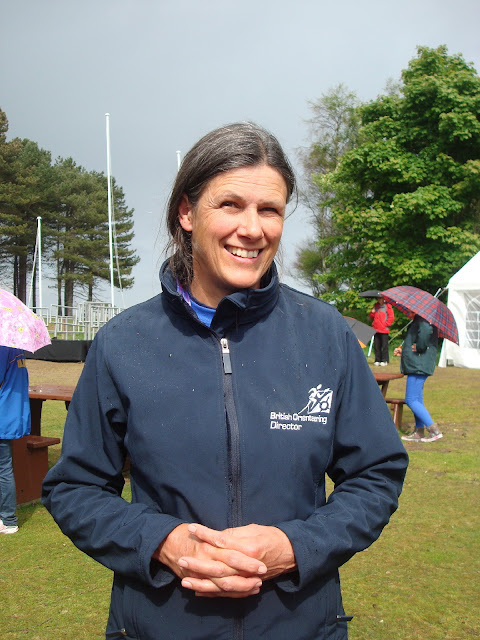 It was a matter of luck the presence of Lyn West at the mini-bus that took us to Tentsmuir, to the Model Event. Beside me, in the front seat, the President of the British Orienteering was an interlocutor by excellency, giving an idea of what is being done at the level of the Orienteering in the lands of Her Majesty.


How do you see the present moment of the British Orienteering?

Lyn West (L. W.) - Orienteering is on a turning point. The orienteers are all getting older and we need to attract more young people into our sport, but young people want slightly different things to the older generation. They are not prepared to travel the same distances to get the events, so we need to bring Orienteering events closer to the population. Urban Orienteering is a very good way to doing that. We are now having successful city races. We need to develop Orienteering in parks, to get families involved, because the volunteers that keep the sport going have got to come from the next generation.

And can we see, yet, many people involved in those events?

L. W. - It's starting to improve, but we need to do a lot more work. And we need to focus very much on producing the type of Orienteering that the families, the young people want, rather than just producing the same old events, week after week.

What are you doing with Orienteering in the scholar system? Do you get some kind of support from the British Government?

L. W. - Yes, but the support of the Government is moving away from supporting Orienteering in schools. So, founding for Orienteering from the Government is moving much more towards concentrating particularly on the fourteen to twenty five age group, outside of the educational system. Orienteering has been hugely successful in schools. A very high percentage of schools offer some form of Orienteering. We run a lot of training courses for teachers. But it is getting those children to move from Orienteering in school into the club scene and events outside of the school. The evidence of having so many people exposed to Orienteering at school is that when you talk to young adults, they've often done a bit of Orienteering, they've enjoyed it and they like the idea of trying it again. In particular, if they need a social set up. In the United Kingdom, we don’t have the same club base that a number of European clubs have, so there is no way to meet and we need to create that atmosphere.

Is Orienteering well distributed all over the United Kingdom ore there are some parts of the territory where the sport is not as well developed as you would like it to be?

L. W. - I’m talking very much in terms of England, because founding is channeled through an organization called Sport England and they only found projects in England. Sport Scotland found a number of very successful projects in Scotland. They have slightly different targets for their founding than England, but there’s a lot of very good development work going on here, in Scotland. Wales is very difficult to get any founding from the Welsh parliament and the clubs are trying their best but it's a very small scale. In Northern Ireland there is a lot of support for the development projects. There are a very few orienteers, relatively speaking, but they are doing some very good work to develop and increase participations.

We are now in the World Trail Orienteering Championships WTOC 2012. How does the British Orienteering Federation see this event?

L. W. - We are very excited to be holding the World Trail Orienteering Championships. Yesterday, the Opening Ceremony… I thought it was fantastic to see so many people from so many countries here in Scotland. It made me very proud.

How is the British Trail Orienteering going on?

L. W. - Trail Orienteering is mainly confined to England and all the officials, the planner, the controllers, they’re all English. We had to bring expertise from England up to help the Scots. We hope that this will be a catalyst to encourage the development of Trail Orienteering in Scotland.

In 2015 we will have here the World Orienteering Championships, both in Foot-O and in Trail-O. How do you see, at this distance, the event?

L. W. - One of the most exciting days in my life was in France, last year, when the winner was announced. Then, the next day, we started to realize how much work we needed to do. Four years to the event seems a very long time, but we realized it wasn’t. Dave Peel was appointed Event Director, he was the big Director, there was also a committee and they are now putting in place the various groups to do the work to get things done. It will be the best World Championships ever when you come into Scotland, in 2015.

The British Federation gave their support to Brian Porteus, to suite Åke Jacobson as the President of the International Orienteering Federation. Why Brian?

L. W. - Brian Porteus has been the British Orienteering nominated member on Council for a number of years. He is the Vice-Presidente currently and he is standing for election to be President. British Orienteering Federation have nominated him so we very much support his campaign. I think that Brian has a huge amount to offer to the international orienteering community. He is very keen on development of Orienteering throughout the world. He has been very much involved in regional development. Outside of Orienteering, he has huge experience on sports development. It's his business, so he understands the sporting community worldwide. I think he would be able to provide excellent leadership for the International Orienteering Federation. As we move forward, maybe one day we'll achieve our goal at the Olympic Games. We think he would be the best candidate to succeed Åke Jacobson.

I would ask you to make a wish for these World Trail Orienteering Championships.

L. W. - I think my first wish is that we don't get anymore rain (laughs). Apart from that, being serious, I hope that all the competitors, however they perform, enjoy their courses, enjoy the experience, and that we have a very worthy champion stood award the medals at the end of the week. I'm confident that, with the work the organizing team have done, we will achieve that.

Are we going to see you in Portugal, in 2014, during the European Trail Orienteering Championships?

L. W. - I've not been to Portugal yet, it's something that I must correct. I have had a couple of goals of Trail Orienteering and it's very difficult. I was surprised how difficult it was. So, I'm not sure I'll be good enough. But it would be a nice dream.

Posted by Joaquim Margarido at 6:14 am