Marit Wiksell: "I've been waiting for this victory" 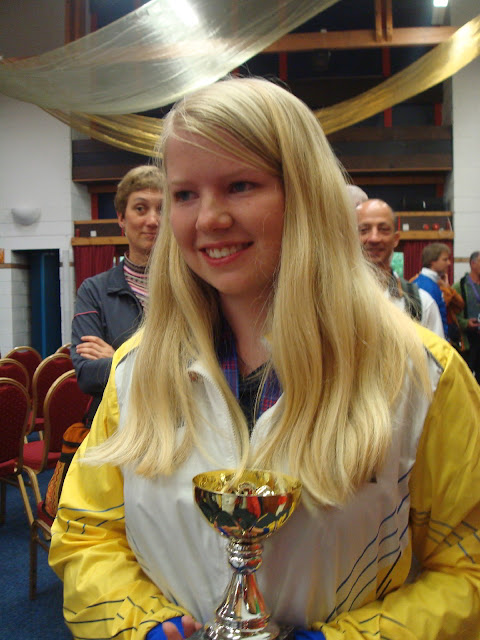 A bright young athlete named Marit Wiksell was the winner of the TempO World Trophy 2012, last Wednesday, at Camperdown Park (Dundee, Scotland). For the Portuguese Orienteering Blog, she left some ideas in a short interview, sharing some ideas about her brilliant triumph.


You were the winner of TempO World Trophy 2012. What did this victory mean to you?

Marit Wiksell (M. W.) - It is important for my confidence to beat all these older guys and also that I can be on top. I have done very well in TempO in Sweden, but I was on fourth place both on World TempO Trophy 2011 in France and on the European TempO Trophy 2012, earlier this year. I’ve been waiting for this victory and finally I got it!

Where is the secret?

M. W. - I can think very fast and make fast decisions, which is important in TempO. First thing I do it's try to see where the flags are and then try to look for a safe feature, which I search for on the map and relate the position of the flags to that feature.

I know you've practiced, in the early years, Foot Orienteering. Why did you change FootO for TrailO?

M. W. - I think that TrailO it's more fun. I like the maps and the map reading but I don't like running so much. When I was younger and running FootO, I ran to slow since it was more fun to read all the details on the map. That’s why TrailO suits me very good.

Someone told me that you were team mates with Tove Alexandersson and some times you beat her?

M. W. - I think them booth, really. It's hard to choose one of them, but in TempO you have to think really fast and make faster decisions and in TrailO you can spend much more time to figure out the answer.

How can we get more people for TrailO?

M. W. - I think that is a very hard and important question. We have to get more people to try doing TrailO. I guess a lot a people think that TrailO is only for disabled people but I'm sure that if they try, they'll figure that it's not like that, at all.

When we look at the podium at the World TempO Trophy 2012 and we see you, Guido and Martin, we can see that, in fact, this is also a sport for youngsters, don't you think?

M. W. - Yes, it is. It's important to show that some young people as us, do well in TrailO.

Posted by Joaquim Margarido at 10:44 am