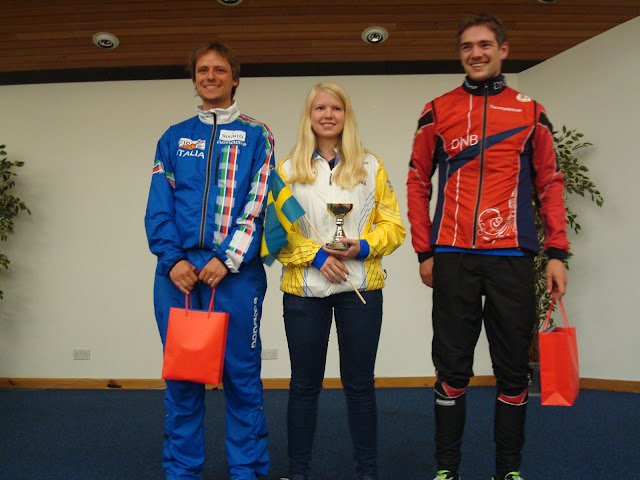 Camperdown Park, one of the most popular green spaces by the people of Dundee, received the TempO World Trophy 2012. Integrated in the program of the World Trail Orienteering Championships, the event took place under very unpleasant weather conditions, with the rain and the wind being two of the biggest players of the day. In the end, Marit Wiksell was the winner, followed by two other young athletes, Guido Michelotti and Martin Jullum.


Rain, wind and low temperature marked the TempO World Trophy. Considered the “Sprint” of the Trail Orienteering, the TempO had the last opportunity to show itself in an unofficial way, since the next World Championships in Vuokati (Finland) will have the TempO as an official discipline and will set the first World Champion of its history.

Spread over eight stations along a circular path, with three questions per station, the TempO World Trophy put to the focus into the technical quality of the athletes, in the capacity of interpretation of the terrains, but especially in their fast decisions. After all, everything is played in the sum of times, with each wrong answer penalizing 30 seconds. Therefore, speed and precision are the key for achieving the best result.


Marit Wiksell, the special one

After the 4th place in Falun, in the recent European Trail Orienteering Championships ETOC 2012, Marit Wiksell (Sweden) was a brilliant winner with a total of 220.5 seconds and two wrong questions. With just a wrong question, but with more 43 seconds spent in the total of the 24 questions, the Italian Guido Michelotti tipped with the second place, while the Norwegian Martin Jullum was third, 47.5 seconds away from the winner. The Czech Tomáš Leštínský has managed to hit all the issues, but ended up being penalized for the time spent in each of the decisions, staying just ten seconds away from the podium. On the end of the table, among the 62 participants, we can see Joaquim Margarido with 12 correct answers and a total of 818.5 seconds in the 58th position, while Ricardo Pinto was ranked 61th with 10 correct answers and 909.5 seconds.

Results and other informations at http://www.scottish-orienteering.org/wtoc2012/tempo 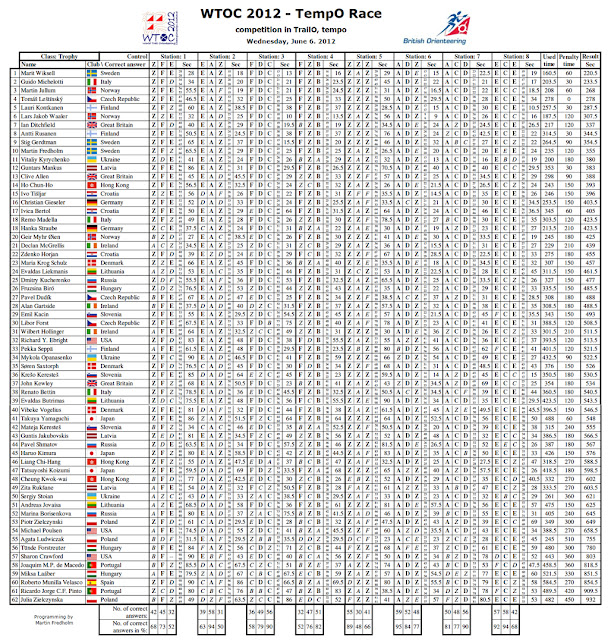 Posted by Joaquim Margarido at 9:04 am