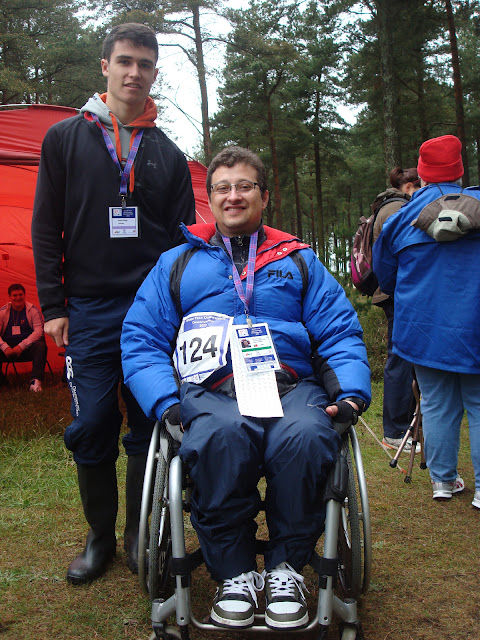 The World Trail Orienteering Championships WTOC 2012 din't have the most auspicious starting. A protest from the Finnish selection upheld by the jury led to the avoidance of the first control point, spotting the first day of competition. Problems aside, the journey was dominated by the "usual suspects".

20 control points, two timed controls, 2.3 km way, 132 minutes maximum time, 36 athletes in the Paralympic Class and 61 participants in the Open Class. These were the numbers for the first day of the 9th World Trail Orienteering Championships. The race took place at the Tentsmuir NW map, near the south coast of the scottish city of Dundee, on a cold and windy day but - contrarily to what was feared – without rain.

Brian Parker, the course planner, made everything to minimize the deficiencies of a map that, for many of the competitors, failed to match a World Championship. Got it largely - or else he wouldn't be one of the leading experts in Trail-O - and thus, we were able to appreciate a good number of very demanding points, with an extraordinary technical cut that, taken together, allowed to screen those who may maintain their legitimate aspirations for a podium places.

In the Open Class, the Finnish Antti Rusanen, the Swedish Stig Gerdtman and the North American Richard Y. Ebright took the lead with a set of 20 right answers each and separated by only 29 seconds. Ebright's performance would even be called exceptional, if he had not been "penalized" by the cancellation of point 1, after the jury had considered the protest of the Finnish selection proceeding. At just a point away from the trio were nine athletes, including the Swedish Marit Wiksell, winner of the 2012 World TempO Trophy and the Italian Remo Madella, Director of Trail Orienteering course that was part of the Portugal O 'Meeting 2012, in Viseu, last February. The negative surprises came from the Swedish Martin Fredholm and Croatian Ivo Tilsjar and Zdenko Horjan, all of them already bringing medals from previous editions of the event and who ended up hopelessly compromising their aspirations into a new presence on the World podium.

As for the Paralympic Class, the result set would prove to be quite weak compared to the Open Class. The percentage of correct responses in five out of the twenty-one control points did not exceed fifty per cent, showing a layout of courses and a scoring that penalized the athletes in wheelchairs. Still, the Swedish Ola Jansson, winner of the recent Europeans, show how he was considered one of the favourites, taking the lead with 18 points. With the same number of points but with more time spent on the timed controls, ranked the Russian Dmitry Kucherenko, world champion in title. They are the ones who depart in front for a decisive journey, one point away from the Finnish Pekka Seppä, the Swedish Inga Gunnarsson and the Lithuanian Evaldas Butrimas.

Portuguese in the end of the lists

Formed by Ricardo Pinto and Joaquim Margarido, the Portuguese team was not very well. In the Paralympic Class, Ricardo Pinto had an excellent start, achieving five correct answers in the first seven points. The truth is that, until the end, the athlete would only get a couple more points, finishing in 33rd place between thirty-six competitors. Joaquim Margarido would be sensational in the timed controls, where he reached the fourth best performance, just two seconds away from Hanka Straube (Germany), but during the race he would come to limp, getting only ten correct answers and coming to the end of the first day in the 57th position among 61 competitors. 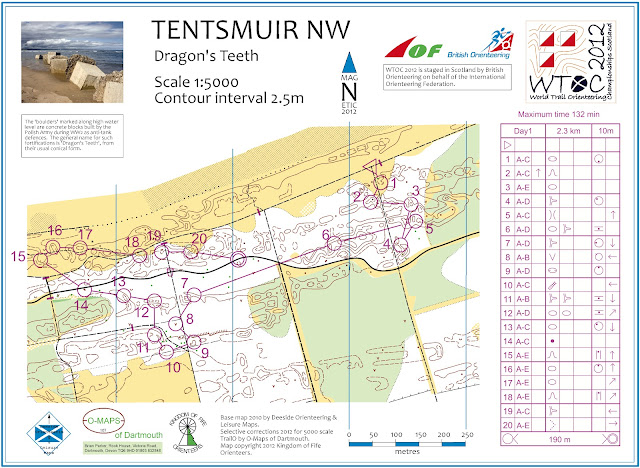 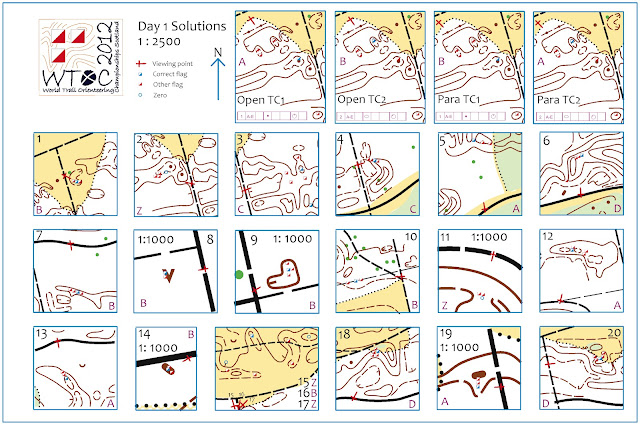 Posted by Joaquim Margarido at 8:42 am