Lauri Kontkanen: "My aim is to win in Vuokatti" 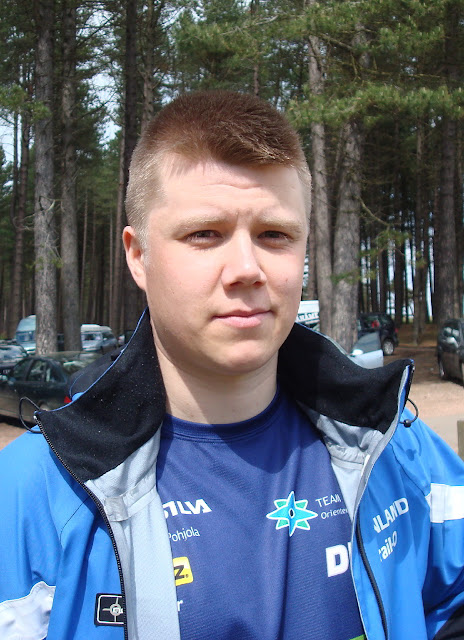 Five participations in WTOC, three individual medals, three team event medals, Lauri Kontkanen is one of the best trail orienteers ever. Born in Kontiolahti 26 years ago, now living in Jyväskylä, he's a student (Physical education) and mapmaker since 2002. And it was exactly by the maps that we started our talk.


In which way being a mapmaker represents some kind of advantage for you?

Lauri Kontkanen (L. K.) – Maybe a fast “map image” formation is an advantage on timed controls. Otherwise, I don’t see that many advantages compared to the others. It depends so much on courses and maps. A map with excellent accuracy is better to me.

L. K. – Trail orienteering is a very nice and challenging sport and you can improve all the time. To find the right solution, to get the way to solve the problems, this is amazing and it’s the essence of competing.

How did you start doing TrailO?

L. K. – I was asked to be a course planner to WTOC 2006 in Joensuu, Finland. I started to compete after WTOC by myself and here we are now.

Can you tell me about the development of trail orienteering in Finland?

L. K. – TrailO in Finland has developed all the time, especially during the last couple of years. On the previous week we had a course planner training day. There were, in total, fourteen new and old course planners together. It’s important to have good course planners who can use OCAD and so on. Last winter we started to coach each other by arranging coaching seminars. Also we have done lots of “event analysis”, which means that we analyze how to solve problems in each competition. Improvement has given us quite many WTOC medals during the last years. We don’t have much promotional campaigns at schools, only in some few places. But we planned to develop this, already in the next year.

What is your opinion about WTOC 2012?

L. K. – I think we came back to “bingo” controls (luckily only 4 controls on Day 1). Map accuracy was not as good as it should be, at least comparing with the last four years in WTOCs. So I didn’t fully like this. The flags were too tight to each other and I think these weren’t the best Championships.

L. K. – I like them both. About TempO, it will depend on what kind of rules they will make it but, anyway, I like it. In a traditional way, TrailO has to be slower and you don’t have to hurry up, so… Both are good to me.

The next World Trail Orienteering Championships will be held in Finland. What do you have to offer?

How much longer are you going to do trail orienteering?

L. K. – At least for one more year. My aim is to win in Vuokatti. This time, in Scotland, I’ve got a gold medal in the team competition but I want an individual medal. So, there is something to do for the next year.

Posted by Joaquim Margarido at 8:33 am