A Blind-O event for the very first time in Portugal 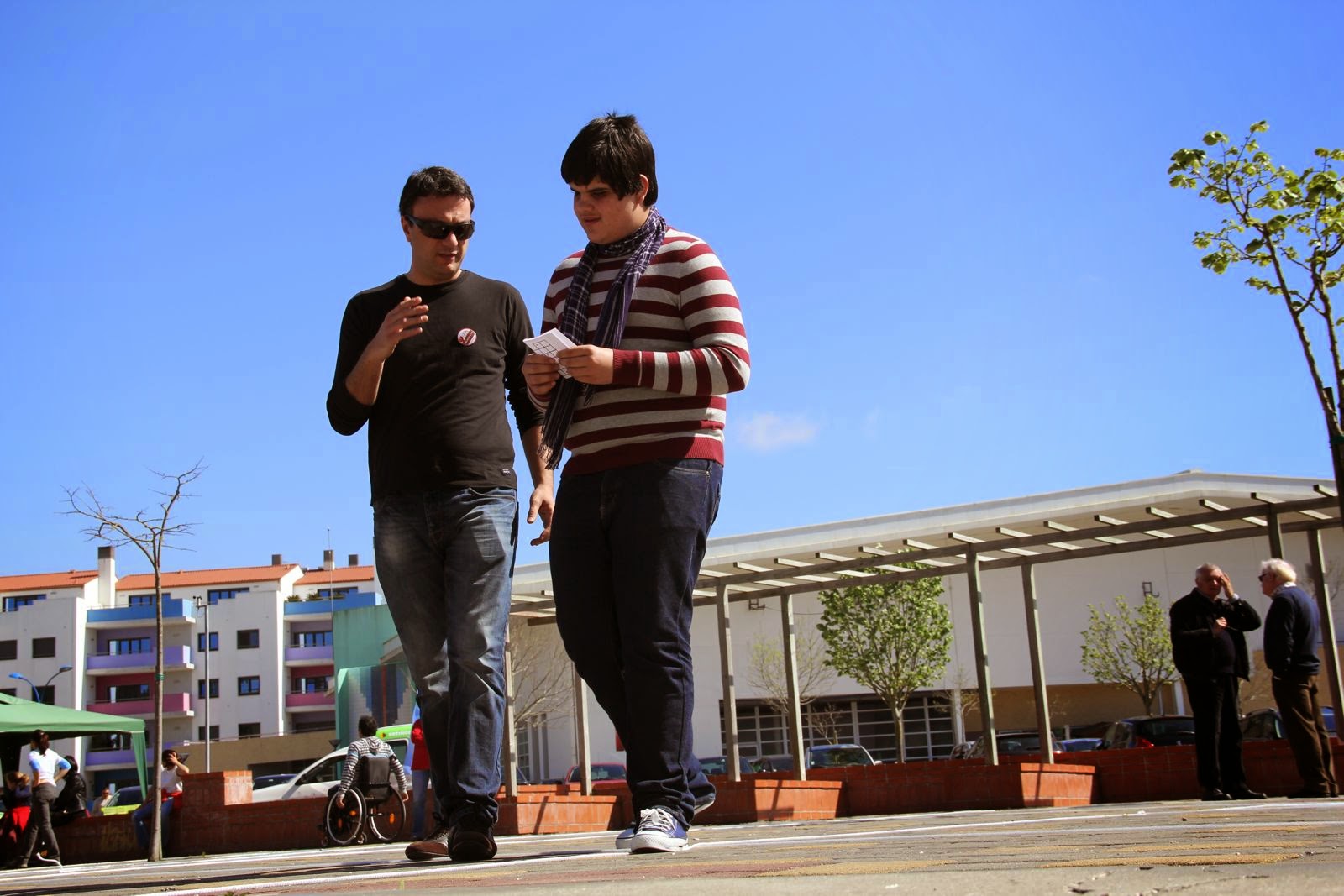 Portugal attended, for the very first time, a Blind-O event. The initiative of the Académico Torres Vedras was integrated in the Torres Vedras' Health Fair and proved to be very interesting and with huge potential.


Showing that there are many barriers that remain tightly around the disability, limiting the access to the common practices of everyday life, the Blind-O is a discipline of Adapted Sports with an extremely reduced expression worldwide. To the logistical difficulties inherent to a course of this nature, joins the participants with specific needs and reduced in number, which makes unfeasible to organize Blind-O events if, perhaps, one of the goals is to achieve some financial return.

In a remarkable gesture, according to the social role of the clubs and institutions, whatever they may be, the Académico Torres Vedras launched to the work and carried out an afternoon dedicated to the Orienteering in which, in addition to promotional Foot-O and MTBO courses, gave special attention to the Adapted Sports, expanding the range of offers to the Trail-O, Adapted-O and Blind-O. A “five in one” who commends and applauds, meeting the sport for all and exalting the major principle of “all different, all equal”.

For the very first time in our country, the Blind-O course consisted of a labyrinth, marked with ropes on the ground, along which the progression can be accompanied by sensory feet, correlating it with the marks on a relief map, readable with the fingers. Blind from an early age, Afonso was one of the participants in the initiative, highlighting “the opportunity to leave the house and the couch and try a new sport.” With a special blindfold, João also experienced the new sport, and “despite the discomfort of being completely dark”, confessed his surprise to realize that “the senses are more alert, we feel the knots on feet and gain confidence because we know that we are following the right way.”

Mentor of this new discipline and responsible for the organization and installation of the course, Luís Sérgio confesses that the initiative arose roughly two years and came “of a personal interest, the attempt to make the Orienteering a more inclusive sport.” Stressing that “to attract people is the most difficult”, this responsible noted that “there is no difficulty in setting up a course of this nature, is something that you can be done in a rudimentary way.” Regarding the balance, Luís Sérgio considers it very positive: “For a blind person, is indeed an asset to have the notion of space where he belongs, even if this is an artificial space created by us. There is a very interesting potential in this aspect and that has to do with the historic centres of the cities where, eventually, tactile maps can be created by combining them with audioguides. We have it, already, here in Torres Vedras , and turns out to be a different way to show the city - basically, a kind of tourism for blind people (!) -, based in Orienteering. To make it effective, from the point of view of the competition, what was just a single experiment “it is feasible, is very interesting, but we'll have to think a little bit more about it”, says Luís Sérgio.

Time to say that the two animators from ACAPO – Portuguese Association of Blind present in the activity, were very interested, and eventually it is very probably that we can watch some new and more consistent developments in this area soon. See the photos at https://plus.google.com/u/0/photos/108054301526873509793/albums/6006980240996108753.

Email ThisBlogThis!Share to TwitterShare to FacebookShare to Pinterest
Labels: Blind-O