Pinja Mäkinen: "To enjoy the tasks, and to be bold and calm" 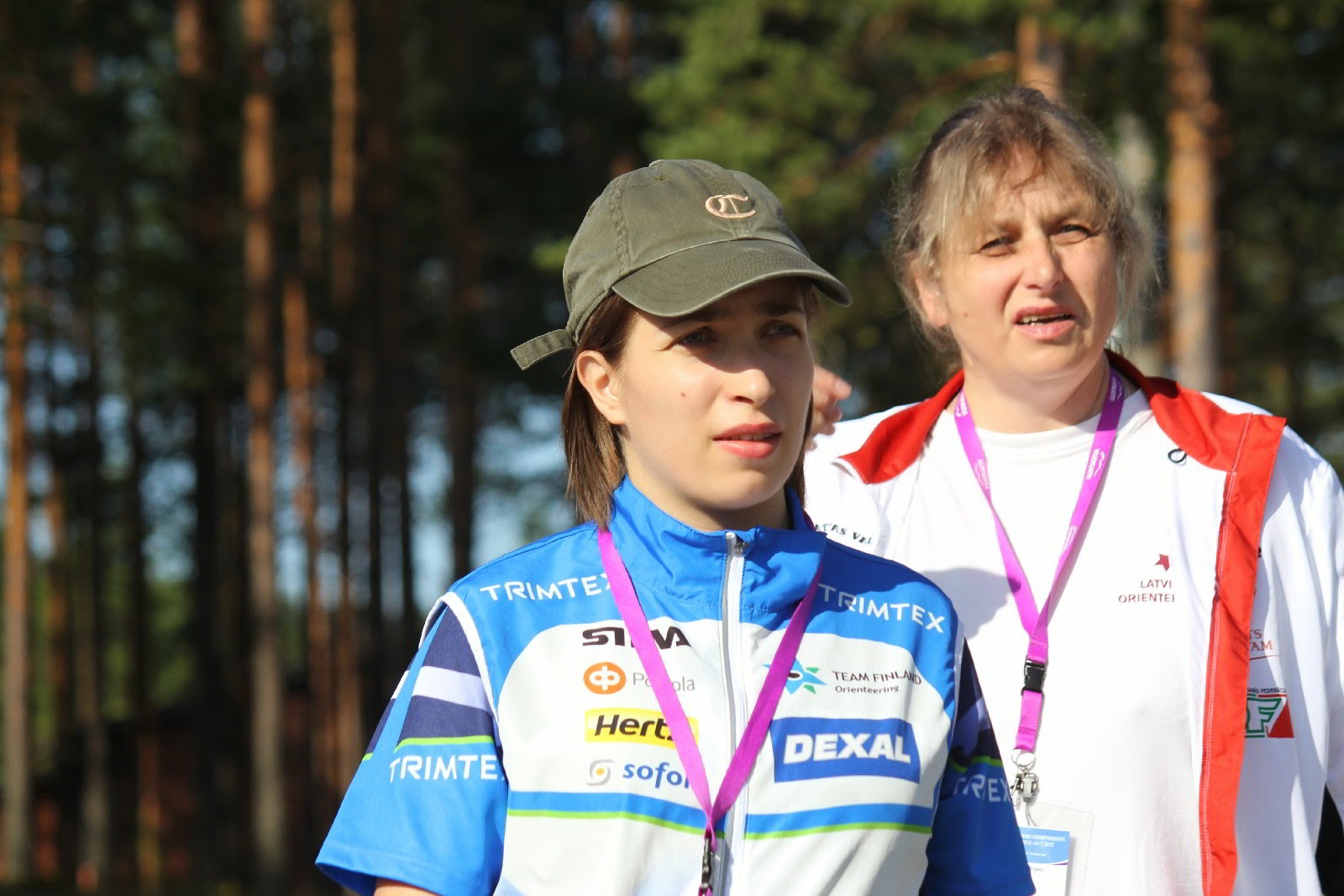 She won the first TempO world title in Vuokatti, gave birth her second child in the meantime and will be in Palmela as one of the big stars of the competition. We talk about Pinja Mäkinen, the Finnish athlete who is the Portuguese Orienteering Blog's invited of today.

Since Vuokatti, what have you doing? I believe that you have a new member in the family...

Pinja Mäkinen (P. M.) - Yes, I have had a second daughter called Leila in the beginning of January. Now I am on maternity leave. So, regarding TrailO, I have a lot of time to train with the baby and short time to train without her. There are both benefits on one hand and disadvantages on the other regarding TrailO. Mostly I train on park sprint maps during day-sleeping walks. Some mental map trainings I do during breastfeeding, and I always have some maps in the pram to take a quick look whenever there is a suitable time...

Doesn't sound strange the name of Portugal as the organizer of ETOC? What have you felt when you realize that the ETOC 2014 would be held in Portugal?

P. M. - I have never been orienteering in Portugal and I have to admit I don't know that much about TrailO in Portugal. I have only seen local maps on the Internet. I think it's exciting to orienteer TrailO in Portugal. Of course Model Events are very important to get familiar with maps and terrain, but fortunately TrailO is basically the same everywhere. And maybe some experiences of orienteering in Spain will help me a little.

What do you know about Portugal?

P. M. - When I think of Portugal, the sea, hot climate and journeys of exploration come to my mind.

How did you prepare yourself for the competition?

P. M. - During this winter I have trained, for example, quick understanding of “easy” exact controls, for example tree groups, and quick reading of compass point of control descriptions. During two last weekends before ETOC we have had intensive national TempO team training days.

What kind of event do you expect?

P. M. - I expect an event where the control points are mostly exact, the visibility mostly good and sometimes the controls may be quite far from the viewing point. I expect quite a quick TempO competition per control. The winner will be the one who can keep her/his head calm, as usual... :-)

Can you point the best candidates to the European titles?

P. M. - Maybe its better that we first compete and then check the result lists...

P. M. - Of course, this would be a perfect result. But most important is to make the right things: to enjoy the tasks, and to be bold and calm. That's what I can do, the results depend also what others do, and that's not in my hands.

What is your main goal for the season?

Would you like to make a wish for the European Championships?

P. M. - I hope sunny weather and an enjoyable week, both in the competitions and with the family.