JWOC 2014: Gold at Sprint to Robertson and Hagström 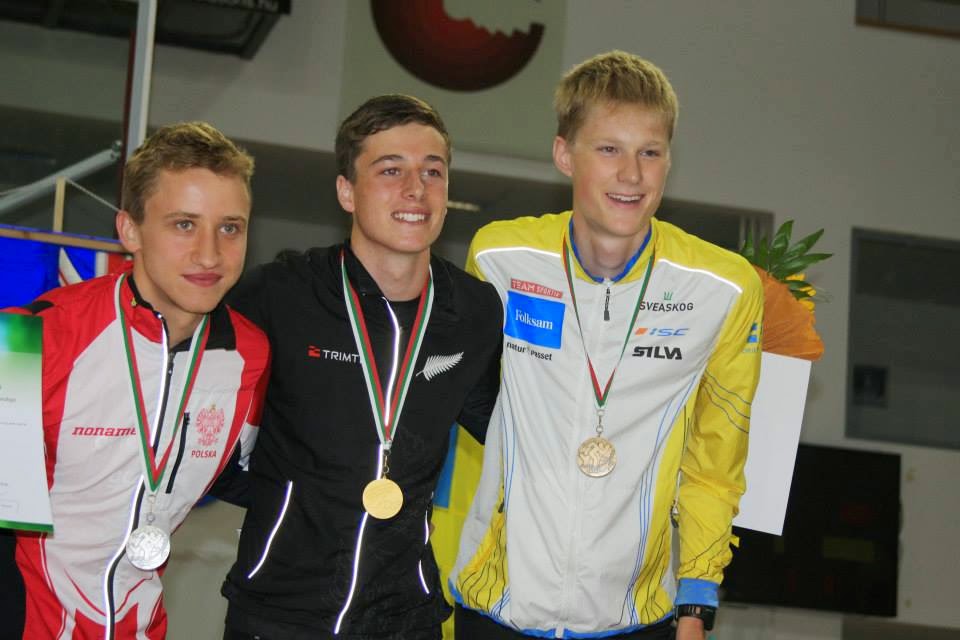 Tim Robertson and Sara Hagström opened the best way their participation in the Junior World Orienteering Championships JWOC 2014 by winning the Sprint race held this morning in the Bulgarian town of Samokov. With weaker performances than expected, Luis Silva and Vera Alvarez were the best portuguese athletes.


After Varna, in 1999, the Junior World Orienteering Championships returns to Bulgaria for its 25th edition. Borovets, a town located 70 km south of the capital, Sofia, is by this time the meeting point of the world's best athletes in Junior category, receiving a total of 290 athletes - 156 men and 134 women - representing 36 countries.

Today, the competitive program opened with the Sprint race, that took place in the nearby town of Samokov, in a mixed urban and park terrain. In the male sector, the winner was the New Zealander Tim Robertson, who spent 14:41 to 3.0 km of his course. A very welcomed victory, in line with the excellent performances of “kiwis” in the latest editions of the JWOC, from the gold medal of Matt Ogden in 2012, in the Middle Distance, to the bronze achieved by Tim Robertson in the Sprint, last year. In a message left on his facebook page, Tim Robertson confesses “the most amazing feeling to follow in the footsteps of Matt Ogden and have my chance to stand on-top of the podium and hear the nation anthem”, concluding with a warning: “Watch out for team New Zealand!”

With more 6 seconds than the winner, the Polish Piotr Parfianowicz was, once again, present on the podiums of JWOC, after the Long Distance world title achieved in 2013. And also the Swedish Anton Johansson, ranked third ten seconds behind Robertson, is a “repeater”, after the silver medals won in 2013, in Middle Distance and Relay. Tristan Bloemen, fourth placed with a time of 14:53, was on the verge of making history, missing the third place by two seconds, thus losing the chance to enter Belgium as the 28th country medalist at JWOC.

Curiously, the women class' panorama was identical to those registered in the male sector in this particular aspect, with the first three ranked returning to the Championships' podium one year later. World vice-champion in Long Distance, the Swedish Sara Hagström was the big winner with a time of 13:15 for 2.5 km of her course. In the immediate positions were classified two World champions in 2013. The second place went to Norwegian Heidi Mårtensson, who saw escape from her hands the chance to repeat the gold medal in the Sprint distance, with more five seconds than the winner. With 17 seconds more than Sara Hagström, in third position, classified the Danish Miri Thrane Ødum, Junior World Champion in Middle Distance.

Finally, a reference to the Portuguese presence on this first day of the JWOC, just for saying that the balance ends up not being particularly good, especially considering that Sprint is, traditionally, the distance where the possibilities of our athletes to achieve a good result are bigger. In the Men class, Luís Silva stayed in the first third of the table, finishing in 50th position with a time of 16:02, among 160 participants. “I tried to do some more but today wasn't a good day so the chances weren't good”, is all that you can read in the athlete's facebook page. As for the female sector, Vera Alvarez was our best representative, finishing in 57th place with a time of 15:19, among 133 athletes. With 55 more seconds than her team mate, Beatriz Moreira placed in 81st position, while Joana Fernandes was the 112th classified, with a time of 17:42.

Posted by Joaquim Margarido at 5:36 pm