JWOC 2014: Double gold for Sweden in the end of Championships 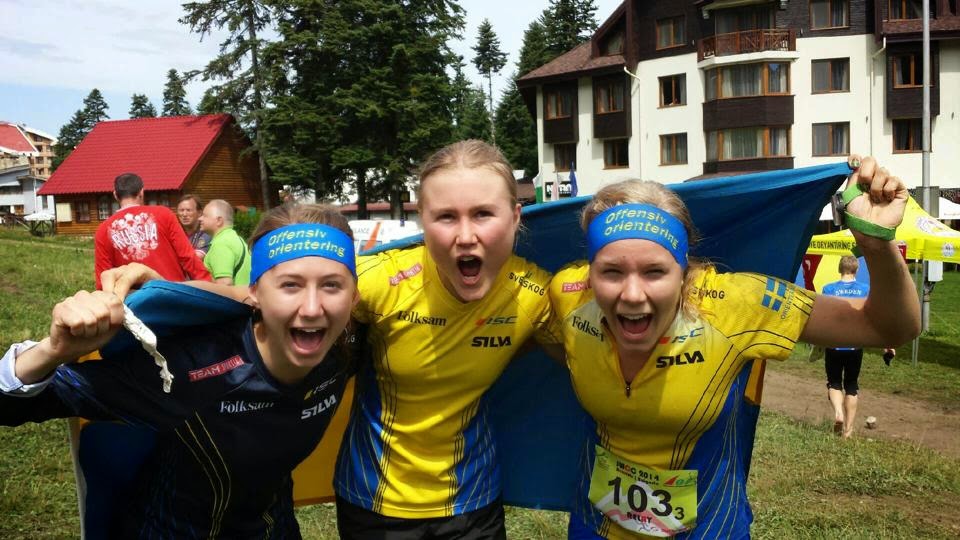 Confirming the ascendant all over the week, Sweden was the winner of the Relay, both Men and Women, who put an end to the Junior World Orienteering Championships JWOC 2014. Individually, Sara Hagström was the biggest star of the competition, coming home with three gold medals and one silver in her luggage.


The Junior World Orienteering Championships JWOC 2014 reached the end. Epicentre of a week full of strong emotions, Borovets held the Relay race, which included the presence of 96 teams, representing 33 countries in the male sector and 27 in female sector. Brand identity of these Championships, the high technical challenge tested again the qualities and capabilities of nearly three hundred athletes present.

In the Men Class, the second team of Sweden was the first to complete the initial leg, with Oskar Lundqvist being the first with scarce advantage of one second over the Finn Topi Raitanen and eleven seconds over the Russian Ivan Kuchmenko, second and third ranked , respectively. Assar Hellstrom was in a bad day, losing 1:05 into the lead and leave the No. 1 team of Sweden in “big trouble” for what remained of race. Some hesitations at the entrance of the second leg, however, allowed the regroup of the leading candidates to victory, with Luis Sanchez Serrano, from Spain, closing a group of fifteen units within 30 seconds of the Finnish Topias Ahola, who was now the leader. The end of the second leg would be forthcoming and, with it, Simon Hector and Sweden were the first in the handover, though with 5 seconds advantage on the immediate pursuers, the Czech Jonás Hubacek and the Swiss Tobia Pezzati.

With many accounts still outstanding at the beginning of the final leg was however possible to see that there were “five cocks for a perch”. World Champion of Middle Distance, Miika Kirmula, didn't stand good enough on the first leg, but the second team of Finland was there to honour the white and blue sweater. With Finland, Sweden, Czech Republic, Switzerland and Norway are now fighting for the gold medal. A thrilling fight that eventually reduced to three teams, with the World Champion in Long Distance, Anton Johansson, to be stronger and to ensure the victory for Sweden with a time of 1:36:30. Czech Republic and Switzerland, with 10 and 13 seconds respectively, occupied the remaining places at the podium.


Who has Sara Hagström has everything

Doing justice to the enormous favouritism which it was assigned, Sweden was the winner of the Women Relay. Norway started better, with the Vice-World Champion in Sprint, Heidi Mårtensson, to be the first to finish, although with a reduced advantage of 42 seconds over Norway's second team, 46 seconds on Poland and 48 seconds on Sweden, who occupied the immediate positions. Assuring the second leg, the Norwegian Gunvor Hov Høydal, World Champion in Long Distance, had in the Swedish Frida Sandberg an opponent at her level, casting the decisive leg to the extraordinary Sara Hagström in first position, with ten and twenty seconds ahead the second team of Sweden and Norway, respectively.

But don't you think that, from here, things would be easy. Although technique and strength are attributes that Sara Hagström has “to spare”, the truth is that a good entry in the map allowed the Norwegian Mathilde Rundhaug annul the difference and move forward, with Hagström to struggle with the need of not fail. But if we can say that Hagström didn't fail, indeed, we must add that Rundhaug is quoted at the level of her opponent, leaving both side by side for the last controls. Except that there was a Sara Hagström even stronger, finishing with a time of 1:38:18, less 9 seconds than her direct opponent. With Lisa Schubnell in the last leg, the second team from Switzerland did the same as its teammates in Men Relay, finishing third with more 6:06 than the winners. Constituted by Vera Alvarez, Beatriz Moreira and Joana Fernandes, the Portuguese Relay finished in 25th place with a time of 2:29:26.

In a last look over the result board and on the twenty-four medals awarded during the Championships, we realize that Sweden was the big winner with 5 gold medals, 2 silver and 2 bronze. The remaining four gold medals fitted to New Zealand, Finland, Switzerland and Norway. Norway, which adds two silver medals to its gold and ensures the second position in the Championships medalist, followed by Finland and Switzerland, with two more bronze medals each. In all, there was nine countries awarded and we must add to the board the Czech Republic, with a silver medal and one bronze, Poland and Italy, with a silver medal each, and Denmark, with a bronze medal.

If we want to extend the JWOC 2014's accounts to the sixth place overall in the four distances, defining as criteria six points for the first place, five for second and so on until one point for sixth placed, we will see that Sweden reaches an outstanding score of 56 points, while Finland with 25 points and Norway with 20 points, hold the second and third positions. Switzerland with 16 points and New Zealand and the Czech Republic with 9 points, occupy the immediate positions in a table that counted 16 countries overall.

Posted by Joaquim Margarido at 11:10 am