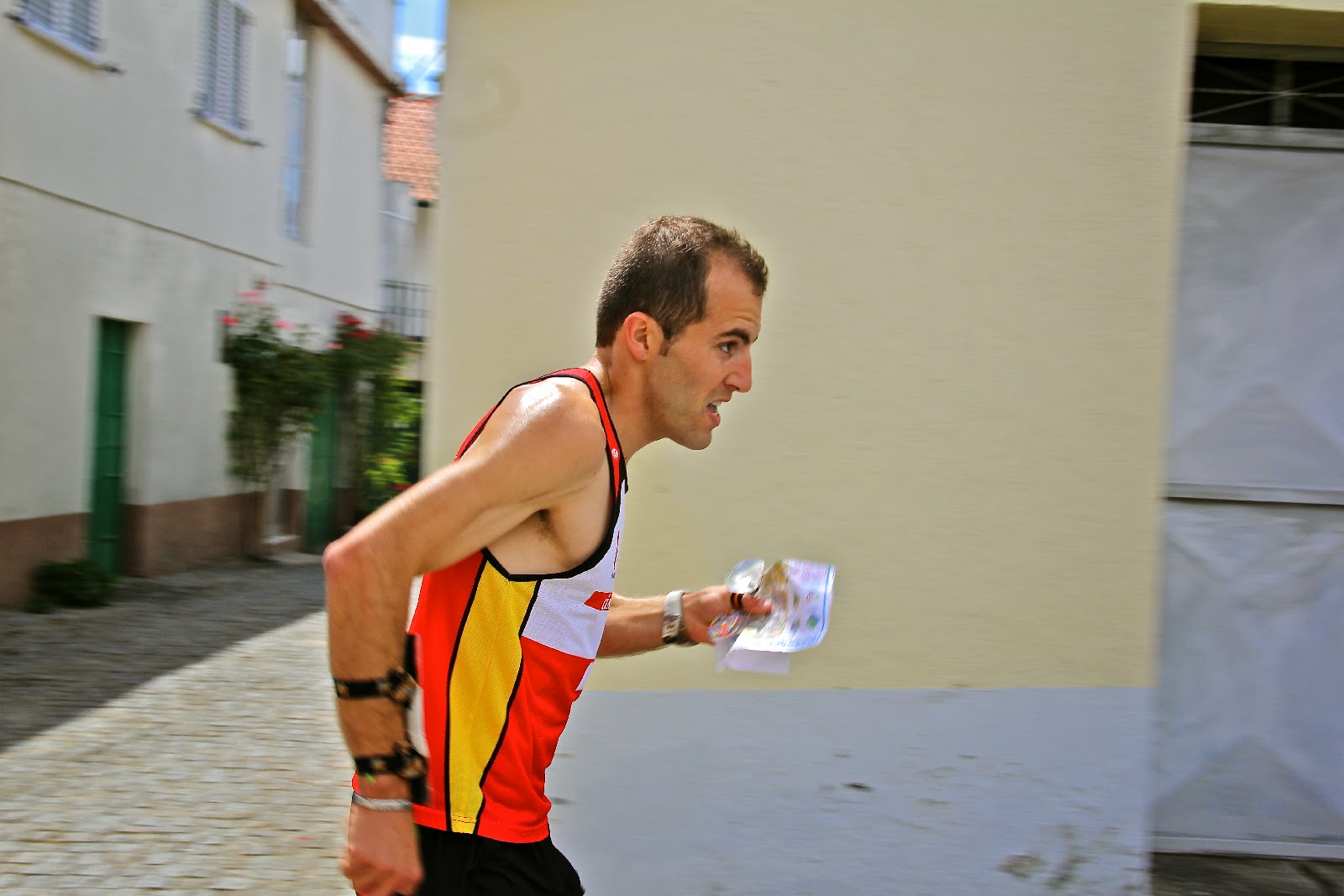 Tiago Gingão Leal and Tiago Romão assured this morning in Burano (Italy) the ticket to the XXXI World Orienteering Championships WOC 2014's Sprint Final. Outside the batch of 45 male and female athletes who will attend the decisive test this afternoon, we can find the current world champion, the Finnish Marten Bostrom.


Known for its colourful houses, the numerous bridges over the canals and the dangerously leaning tower of his church - as well as for their crystals and lace work - Burano received this morning the qualifying heats of Sprint of the XXXI World Orienteering Championships WOC 2014. 121 male and 95 female athletes, representing 50 countries, fought for the best places, with only the first 15 in each heat to get the passport stamped for the desired Final, later in this afternoon.

Competitively speaking, the three heats for Men class who occupied the second half of the program this morning had in Swiss Daniel Hubmann, Swedish Jonas Leandersson and Belgian Yannick Michiels the big winners. Portugal deserves a highlighted note thanks to the extraordinary performances of two of their three athletes, with Tiago Gingão Leal and Tiago Romão to stamp the passport for the big Final. Running Heat C, Tiago Gingão Leal concluded in 11th place at 31 seconds of Yannick Michiels, the winner. Tiago Romão (in the photo) secured the place in the Final achieving the 15th place in Heat A, with 46 seconds more than the Swiss Daniel Hubmann and ahead of the Latvian Andris Jubelis, out of the final by the difference of three seconds. Portugal will be in the Sprint Final for the fourth year in a row and repeats the great moments of 2011, so with Miguel Silva and Diogo Miguel running in France the race of all decisions.

Vice World Champion in title, the British Scott Fraser also ensured a place in the Final, unlike the World Champion, the Finnish Marten Bostrom, who was not beyond the 17th place in his Heat, getting out of the final by the difference of seven seconds. With one more second in the same Heat, in 18th position and also away from the Final, was the Portuguese João Figueiredo Mega. Out of the final were also the Romanian Ionut Alin Zinca, the Spanish Antonio Martínez, the New Zealander Matthew Ogden, the world champion in 2008 and 2009, Andrey Khramov (Russia) and, to the despair of the“tiffosi”, Marco Seppi, in this case for a single second, in the 16th position in his Heat. Sweden, Czech Republic, Great Britain, Denmark, France and Switzerland have managed to qualify all three athletes, collecting, along with Finland, a special attention to the decisive course. In a very disputed Final, one of the curiosities goes to whether the two Swiss, Daniel Hubmann and Matthias Kyburz, will be able to revalidate their world titles, achieved in 2011 and 2012 respectively.

The women's sector of the program opened the hostilities in this World Orienteering Championships WOC 2014, with the Danish Emma Klingenberg and the Swedish Tove Alexandersson and Lena Eliasson winning the three heats in discussion. To them belongs the largest share of favouritism, which is imparted to the Swiss Judith Wyder, European champion and today 2nd in her Heat, the Russian Svetlana Mironova and Galina Vinogradova, the Danish Maja Moeller Alm, the Finnish Venla Niemi and the sensational Goril Ronning Sund (Norway), Nadiya Volynska (Ukraine), Lea Vercellotti (France) and Rachel Effeney (Australia). Individually, only the Australian Hanny Allston has the chance this afternoon to repeat the gold, having been world champion in Denmark, in 2006 (!).

Altogether the 45 athletes present in the Final, the focus is on Switzerland, Denmark, Sweden, Russia, Czech Republic, Finland and Norway, with their three athletes ensuring the presence in the Final. For the seventh consecutive year, Republic of China will be in the Final and, again, by Shuangyan Hao, the great sensation of the WOC 2009 thanks to her fantastic 10th place. After the 5th place in Vuokatti, Tessa Hill will run her fourth consecutive Sprint Final and is the only British athlete present in this decisive course. Ona Ráfols and Michela Guizzardi ensure, in solo, the presence of Spain and Italy in the final, while the Portuguese Vera Alvarez (18th in her heat, at 15 seconds to “heaven”) and Mariana Moreira (24th ranked in Heat A, at distant 1:11 of the 15th place) stayed out of the discussion for the world title.

Posted by Joaquim Margarido at 11:34 am