WTOC 2014: Mankus, Johansson and Croatia, lords of the Gold 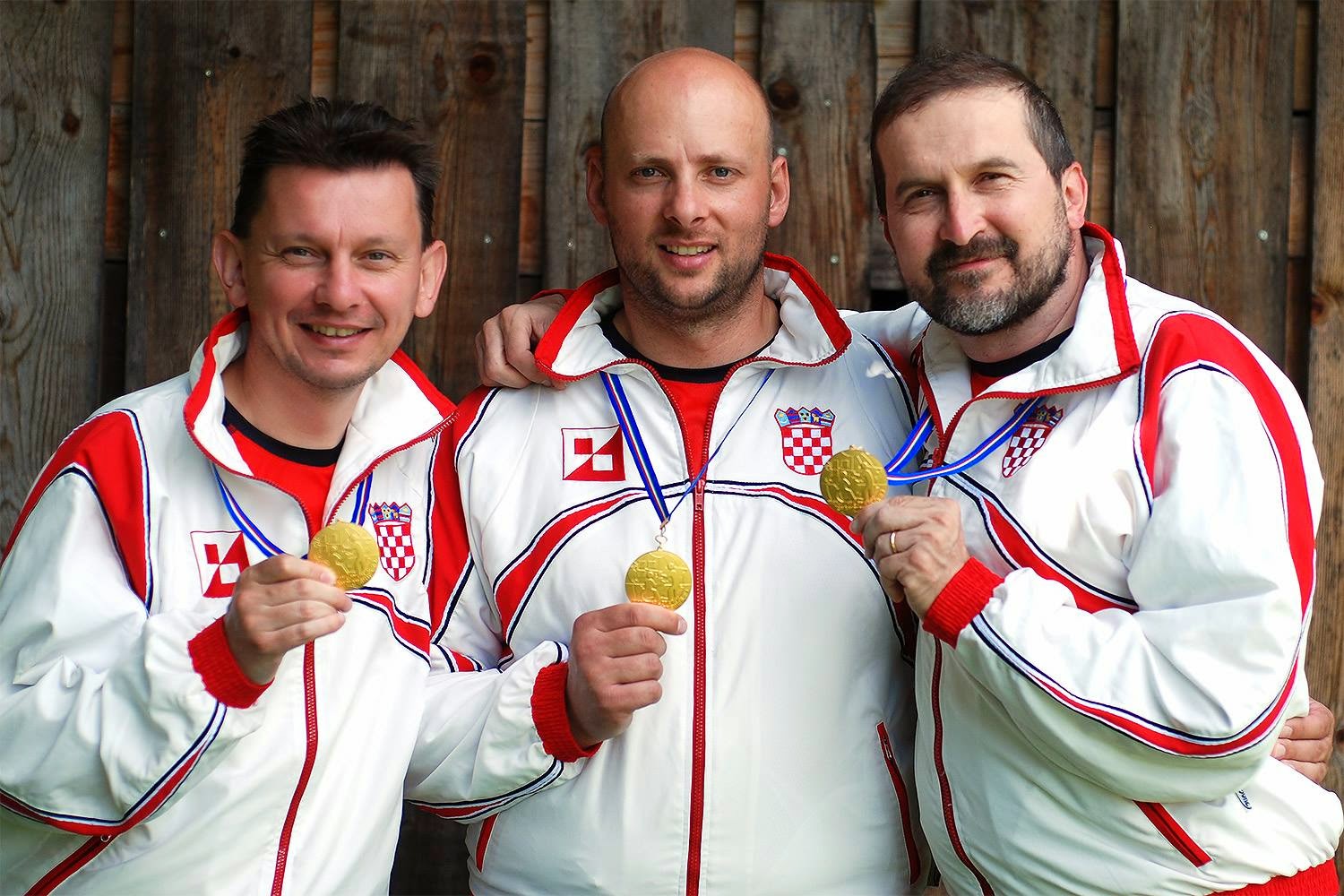 Guntars Mankus and Michael Johansson are the new owners of the World sceptre in PreO. In an very close competition, Croatia won surprisingly the Team Competition, while Portugal performed once again very well, being 9th in the Team competition, just two points away from the places of honour and with Ricardo Pinto finishing in the 16th position in Open Class.


The XI World Trail Orienteering Championship WTOC 2014 came to the end yesterday morning. Held in Campomuletto, the journey offered a very technical and challenging course with 20 controls plus three timed controls, putting to evidence the qualities of the 100 participants in both classes, Open and Paralympic.

Making a point of the situation and looking first for the Paralympic Class, the Swedish Michael Johansson and Inga Gunnarsson started the second day of competition in the lead, having at the distance of one point, the Finnish Kari Pinola, the Norwegian Arne Ask and Egil Sønsterudbråten and the Czech Bohuslav Hulka. The European title won last April in Portugal made of Michael Johansson the favourite in the bets, but we all know that, in sports, there's no anticipated winners. As for the Open Class, things had become exceedingly more confusing. Among the eight “totalists” who followed in the leadership, the Swedish Marit Wiksell was the most named to succeed the Finnish Jari Turto, but her performance in the timed controls (with two incorrect answers) would be a strong handicap. On the other hand, have on her side in the group names as Slovenian Kreso Kerestes, world champion in 2007, Latvian Guntars Mankus or Estonian Aleksei Laisev, among others, was not at all safe. And became less calm, either, if we think at the distance of one single point followed other major candidates to final victory, as the Ukrainian Vitaliy Kyrychenko or Swedish Martin Fredholm, Finnish Antti Rusanen, Norwegian Martin Jullum or German Anne Straube.

One of the first to start and, obviously, to conclude the course, Nuno Pires would leave in broadcast LIVE [http://mixlr.com/wtoc2014/] his impressions: “I thought this course not as complicated as I was waiting and I think the fight for the world title will be very tight, with a large number of competitors to answer correctly”, adding still expect “at least, one Portuguese can be in that group”. The Portuguese competitor wasn't far from the true. In fact, although no one has answered correctly to all the problems, there were nine athletes who completed the Open Class with 19 correct answers out of 20. Already in Paralympic class, the British John Crosby was the only one to achieve such performance, followed by a group of three competitiors at one point. Now it was just a matter of arithmetic.

Being one of three athletes to complete the second stage with 18 points in the Paralympic Class, Michael Johansson get the world title for the first time in his career with a total of 29 points. A title that accumulates with the European Champion title in this “golden year” of 2014 and that “erases” the 6th position in Miskolc (Hungary, 2009), the best reached earlier. With the same result as Johansson in the decisive stage, the triple world champion Ola Jansson (Sweden) climbed to the second position with 27 points, while the British John Crosby won 18 places in the classification, closing the podium with the same points of Jansson and repeating the bronze medal nine years after the World Championships in Aichi, Japan. Ranked 11th in the first day, Ricardo Pinto would make another excellent course, concluding in 18th position with 14 points. With this result, the Portuguese athlete settle down in 16th place overall with a total of 23 points, erasing completely the modest results of the two previous participations (Scotland 2012 and Finland in 2013) and reaching the best result ever of a Portuguese athlete in PreO.

Analysing the competition in the Open Class, the Latvian Guntars Mankus was the winner, followed by the Swedish Marit Wiksell. They were, in fact, the only athletes to integrate the group of “totalists” on both days, reason why the time spent on timed controls turned out to be decisive in defining the World Champion. Wiksell had precisely here her biggest problem, as has been said before, and the truth is that on the second day she wasn't well again, answering incorrectly two of the three timed controls. Mankus did the same, but a single incorrect answer on first day allowed him an advantage of 60 seconds over the Swedish, later translated in 37 seconds thanks to faster time response of Wiksell, but still a sufficient margin to ensure the triumph. A historic medal that puts Latvia for the first time in the World Championships' Hall of Fame. A particularly tasty personal triumph for Guntars Mankus, an athlete who had as best the 13th position in Finland, last year.

The excellent performance of the Norwegian Geir Øyen Myhr, particularly in the second day, avail him the bronze medal, in what constitutes the return of Norway to the podiums of PreO competition, long seven years after the Ole-Johan Waaler's third place in Kiev, Ukraine. Rising ten places in the classification, the Ukrainian Vitaliy Kyrychenko eventually fix himself in fourth place, after having recorded the best performance in the decisive stage. It is worth noting that Kyrychenko was one of the athletes with the penalty of one point on the first day for exceeding the time set by the organization for the course. Without this penalty, Kyrychenko would have repeated Hungary 2009's result and he would be - only (!) - the new World Champion.

Portugal debuted three athletes in the Open competition and the least we can say is that the Lusitanian presence in WTOC 2014 was absolutely great. João Pedro Valente would be our best representative in 23rd place with 27 points, far surpassing the previous best result that coming from 2013, thanks to Alexandre Reis' 34th position. At one point of his teammate, Luís Gonçalves got the 38th place, while Nuno Pires finished in 52nd place with 23 points, in an universe of 64 athletes.

Finally the Team competition, which proved to be a sequel of what happened in the Open class regarding to surprises. Having a total of 56 points, Croatia was a surprisingly winner, relegating to the second place the Team of Sweden, who finished with 55 points. A historic victory of a Team that, in recent years, came to threaten the two great powers - Sweden and Finland - and finally get the victory arrives, precisely one year before the organization of the World Championships in Croatian soil. Finland, which unexpectedly fell to 6th place, caused a tremendous fight for the bronze medal, won by Latvia against a stiffer Ukraine. Portugal won a place in the top-10, finishing in 9th position with 48 points, ahead of mighty Russia.

Full results and other information http://www.woc2014.info/wtoc.php.

Posted by Joaquim Margarido at 12:19 pm