WTOC 2014: Martin Jullum is the new World Champion of TempO 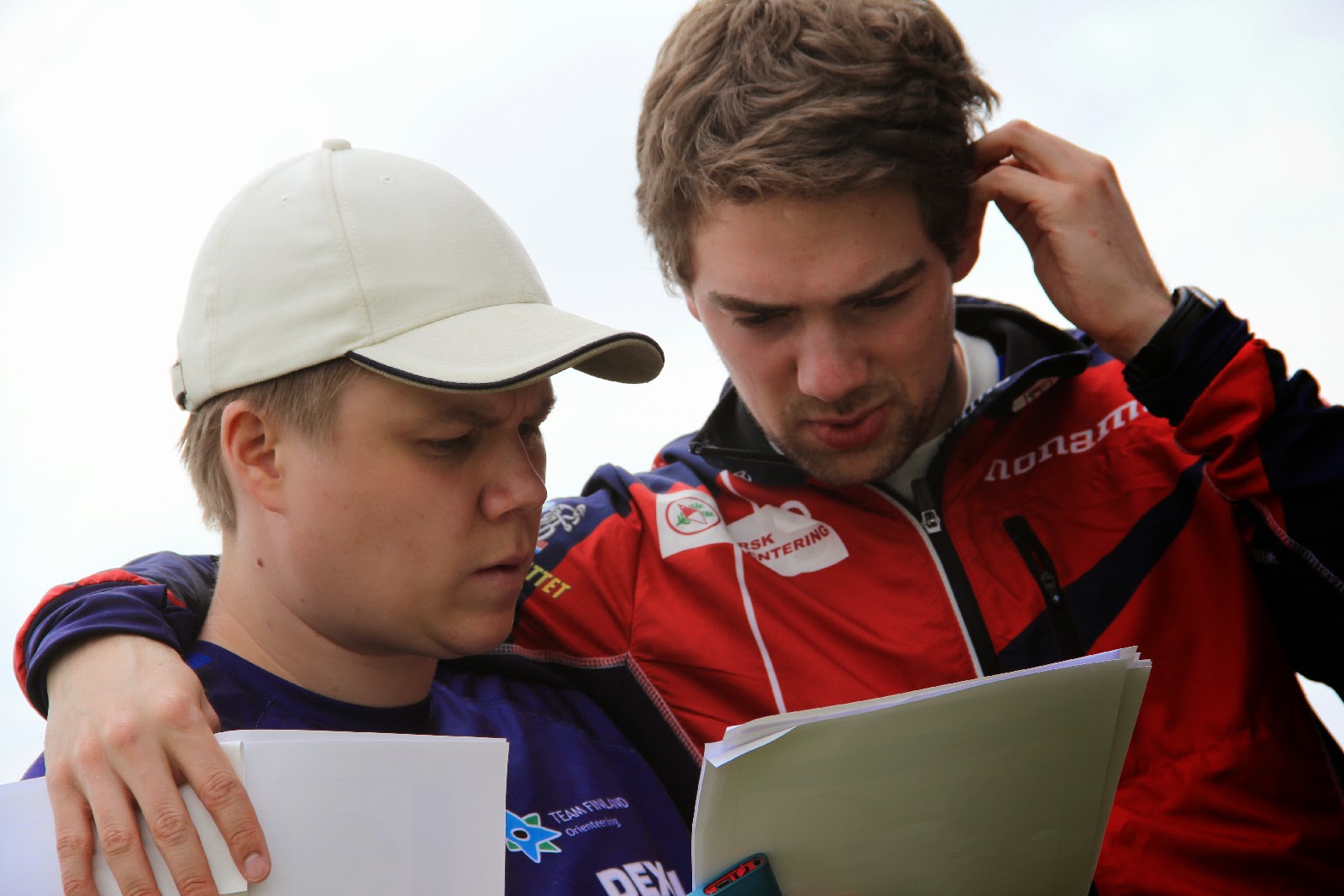 Martin Jullum was the big winner of TempO competition at the XI World Trail Orienteering Championships WTOC 2014. In a thrilling final held this afternoon in Levico Terme, the Norwegian athlete knew to recover the disadvantage of 68 seconds brought from the qualifying, to get the first medal of his career. And a gold one!


After the qualifying, who could have predicted such a final result? Antti Rusanen had shown once again his extraordinary skills and, in an unique way, left the concurrence at a distance seemed enough to get rid of any mishap in the Final, to be played a few hours later. The heartbreaking 4th place at Vuokatti had been partially vindicated by winning the European title in Palmela (Portugal), but now the event was named World Championships and “to fail” was a damn word in the Finnish athlete's vocabulary. On the other side were all the biggest names of the world of TrailO, since the current world champion in TempO, the Finnish Pinja Mäkinen, to the vice world champion and bronze medallist at the European Championships, the Swedish Marit Wiksell - curiously , the only two women in the group of 24 participants in the Final -, from the Norwegian Martin Jullum to the Finnish Lauri Kontkanen and the Swedish Martin Fredholm, three names whose contribution to the development of this discipline in recent years has been extraordinary. And, if it's true that none of them have lain “the towel”, the fact was that a difference of 68 seconds in Jullum's case, or even worse, of 131,5 seconds in the case of Kontkanen, would hardly be erased.

In a completely different terrain from that found in the morning at Alberè di Tenna and with the adversity of the weather conditions, the Final course would have a totally unpredictable outcome. With the bar placed in a very high level in terms of technical difficulty, it was certain and known that the time pressure would do its damages. To answer well seemed to be more important than answer quickly and have “nerves of steel” was, more than ever, half way to success. With four incorrect answers of the five that comprised the first station, the Swedish Martin Fredholm soon showed that this wasn't his day. Also Marit Wiksell, with two incorrect answers, seemed to lose the chance of reaching the podium again. And while Martin Jullum failed an answer in the first station and Antti Rusanen missed an answer in the second station and Lauri Kontkanen, 100% accurate and the second fastest to answer until then, took a little advantage.

The third station has arrived and with it, the great turning point. The three incorrect answers by Antti Rusanen saw their lead down the drain. Marit Wiksell continues to be the fastest, but with an incorrect answer, as Martin Jullum. Lauri Kontkanen has two incorrect answers, none for Pinja Mäkinen. The fight for the title is more open than ever, the last two seasons will be decisive. In brief: Martin Jullum, Lauri Kontkanen and Pinja Mäkinen answered correctly to the ten problems, Marit had two incorrect answers in the fourth station and Antti did an incorrect answer in the fourth station and other in the fifth. The winner was found, the Norwegian Martin Jullum, with a total of 546.5 points. Nine years after Aichi (Japan) and Per Midthaugen's gold medal, the Norwegian flag returned to float on the top of the highest mast of a World Trail Orienteering Championships. The Finns Lauri Kontkanen and Pinja Mäkinen completed the podium, with over 29.5 seconds and 38 seconds, respectively, than the winner. The curse of the fourth place returned to fall on Rusanen.

Looking at the overall classification, the Portuguese Luís Gonçalves starred surely one of the biggest surprises of this World TempO Championships. Rookie in major international competitions, Gonçalves faced a TempO competition for the second time ever (!) in his short career of trail orienteer and did it in the best way. After the excellent result in the qualifying, earning him the 16th place among 59 participants, the Portuguese athlete would come in the end to go up 7 places in the general classification, being the most accurate among all finalists with only one incorrect answer and reaching a final score of 797 seconds. A remarkable achievement that rewards not only the athlete, but the entire Portuguese Trail Orienteering, for the remarkable work that has been developed, especially in the last two and half years. Better than him, just the Japanese Naohiro Yamaguchi, ranked 19th at the start for the big Final and achieving in the end an unthinkable 7th position.

Posted by Joaquim Margarido at 11:20 pm