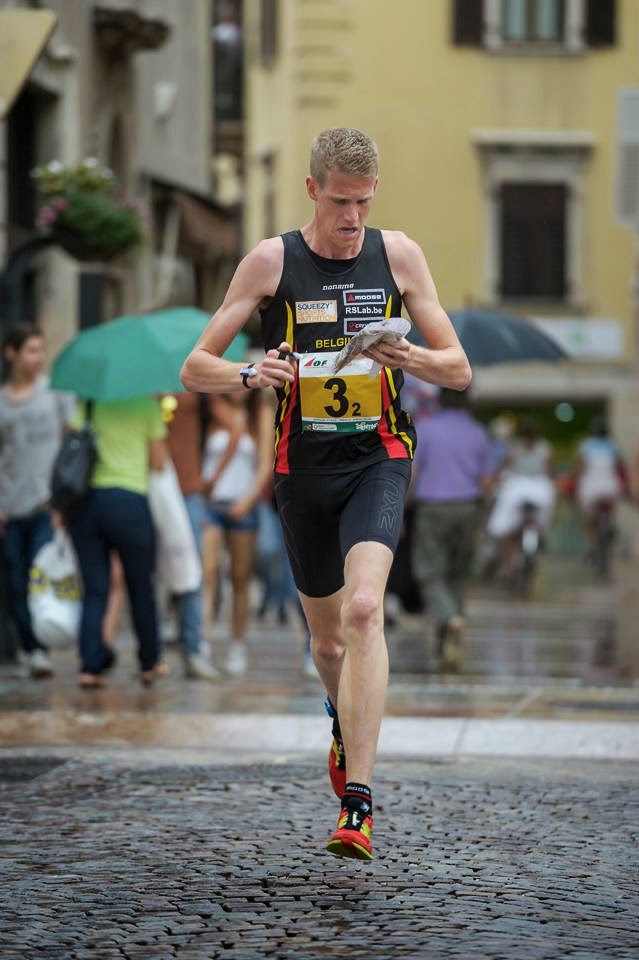 “After a little disappointing Sprint Final - though 7th is not bad and a new PB for myself and Belgium - it feels like there would be possible to do some more. I was really motivated to run a good individual leg in the Mixed Relay.

Our first runner did a good job, finishing only 27 seconds behind. I started aggressive and fast, picking up runner by runner. On the long leg (11th control) I could close the gap to leading Tue Lassen, which felt really good. I took the lead and could keep this until the finish. It was a great moment and feeling to arrive first in the arena and to put Belgium in the spotlights!

I didn’t had any special preparations for the Mixed Relay, but of course it’s similar to normal Sprint. I mostly prepared for the Sprint Final in Venice, both technically and physically (running a new PB on 3000 m – 8’06.69 – two weeks before WOC).”

Posted by Joaquim Margarido at 5:56 pm