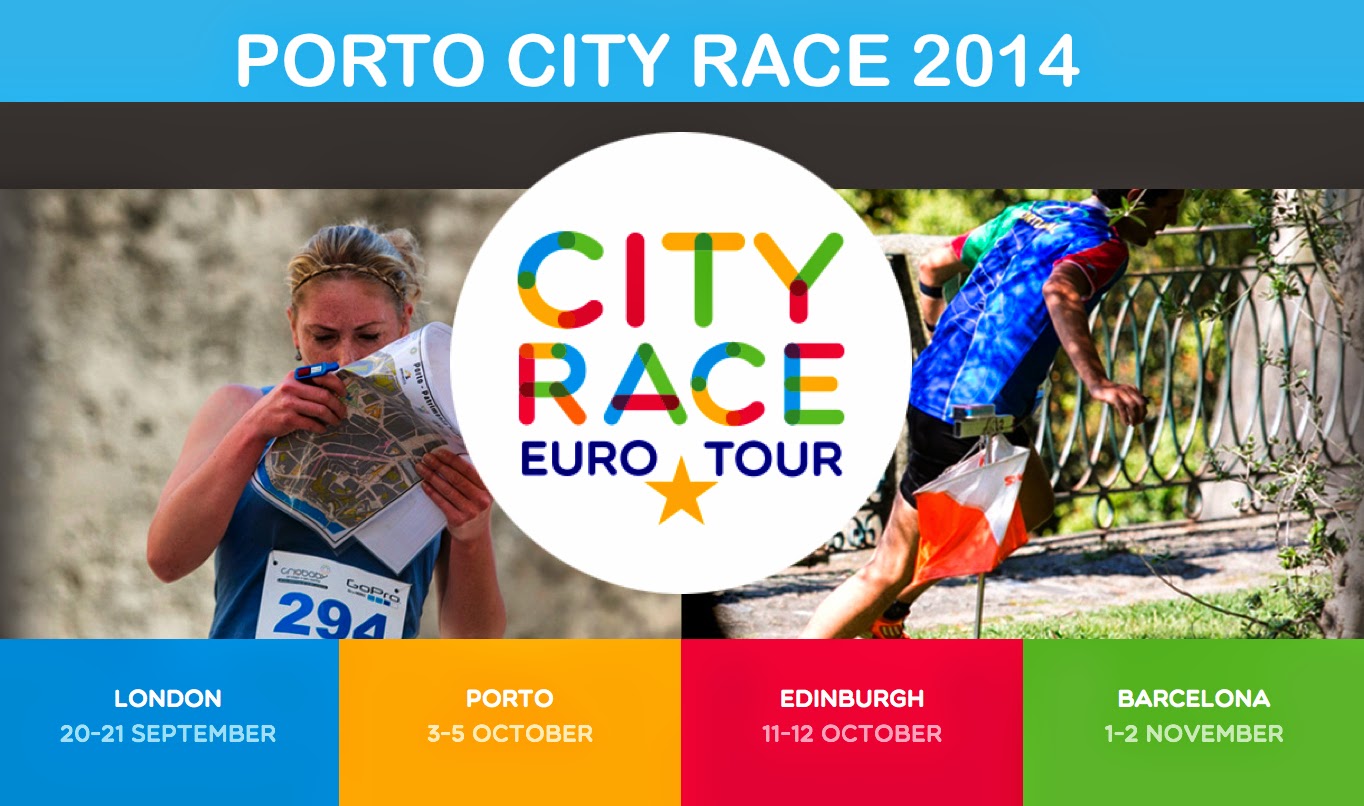 For the third year in a row, the Invicta receives an international orienteering event. We talk about Porto City Race 2014, an event focused in some of the most emblematic places of the city and that, over three days, has to offer entertainment and excitement, pleasure and discovery, to meet Porto - World Heritage Site.

From 3rd to 5th October, the city of Porto returns to host a major Orienteering event. Spread over three stages, with separated standings, the Porto City Race 2014 is an event of urban Foot orienteering, organized by the Grupo Desportivo Quatro Caminhos, with the partnership of Municipality of Porto, through the Porto Lazer. Open to people of any age, participating individually or in groups, the event is part of the City Race Euro Tour, along with the cities of London, Edinburgh and Barcelona.

Committed to double the entries registered in the previous edition and overcome the barrier of one thousand of participants, the organization of the Port City Race 2014 selected for the present edition the best of the Porto's natural and built heritage, offering a rich and varied program. The first stage will be carried out over the historic centre of Porto, on the evening of 3rd October. Next day dawn, it will be the City Park to welcoming, almost simultaneously, the Relay and the Score race. Finally, the queen stage that ends the 2014 edition of the Port City Race, will be held at Foz Velha, on the morning of 5th October, scoring for the ranking of the City Race Euro Tour and the Urban National Circuit. Among the “notables” who offer their image to the event, as Ambassadors, we can see “the man of the ultra-marathon Spartlathlon”, João Oliveira, and Pedro Henriques, former football referee, sports commentator and columnist.

The entries to the Port City Race can be made online via Oasis platform, or from the address inscrever@gd4caminhos.com, mentioning the name, date of birth, ID card, cellphone, class and stages of participation. Entry fees are stipulated by the Portuguese Orienteering Federation, with values ranging from € 1.50 (Schools) to € 7.00 (non-federated, older than 20 years). The registration for Open Classes may be made up to the day of the event, being, however, subject to the availability of maps. Sign it right now on your agenda and accept the challenge in scenarios of charm and beauty, with a map and a compass in your hands.

To know more about the Porto City Race 204, please visit the event webpage at http://www.gd4caminhos.com/en/portocityrace.

Posted by Joaquim Margarido at 11:30 am