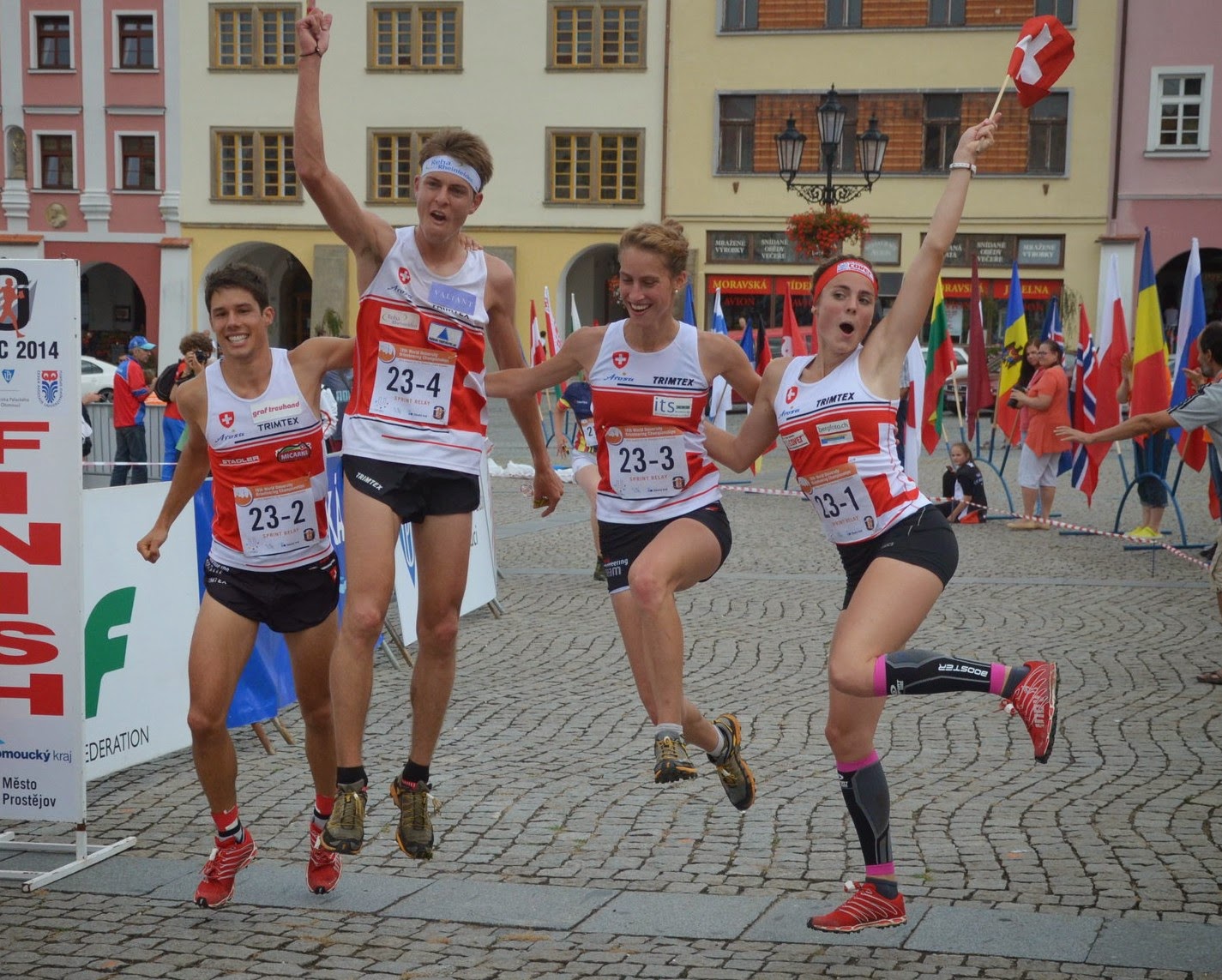 1. After winning the Mixed Sprint Relay, at the kick off of the 19th World University Orienteering Championship WUOC 2014, the Switzerland was again one of the great protagonists of today's race, with three athletes on the Long Distance's podium. In Men Class, the brothers Matthias and Andreas Kyburz finished in second and third positions, respectively, in a race that had in the French Frederic Tranchand the big winner. In Women Class, Bettina Aebi reached the silver medal, staying at the podium between the Norwegian Gøril Rønning Sund and the Czech Jana Knapová, respectively first and third placed. The program continues tomorrow with the Sprint race, starting at 3:30 p.m. local time, and in which we'll see 108 men and 92 women representing 32 countries, fighting for the gold. Everything to follow at http://wuoc2014.cz/.

2. In the wake of major summer competitions, Cervera de Pisuerga, in Spain, received the II Trofeo International de Orientación Diputación de Palencia, who called to the event, between 5th and 10th August, 1300 participants from 24 countries. In Men Elite's ranking, Biel Ràfols Perramon (COC) was the winner with 4701 points in five stages, followed by Eduardo Marcos Gil (Tjalve) with 4647 points and the Norwegian Rune Nygaard (Il Gular), with 4516 points. Tiago Leal (GD4C) was the best Portuguese, getting the 10th position, 777 points less than the winner. By winning four of the five stages, Esther Gil I Brotons (Colivenc) won clearly the Trophy in Women Elite, reaching a total of 4930 points. Amparo Gil Brotons (COB) was second with 4348 points, 59 points more than the Portuguese Rita Rodrigues (GafanhOri), ranked third. In the remaining classes, a special mention to the victories of Ricardo Esteves (ADFA) and Nuno Rebelo (Ori-Estarreja), at H18A and H35B, respectively, and to the second places of Sara Roberto, Luisa Mateus and Edgar Domingues, all from COC, at D16 , H21B and D50 classes, respectively. Full results and other information at http://www.o5dias.com/.

3. The Spanish Kilian Jornet and Stevie Kremer, from the United States, were the winners of the 41st edition of Sierre – Zinal, mountain race held in the heart of the Valais, Switzerland, last Sunday. Jornet repeated the deeds of 2009 and 2010, having spent 2:31:54 for 31 km of distance, while Kremer took 3:03:12, in a race that saw at the arrival 1078 male and 206 female athletes. In the top-10, we can find four well-known orienteers: François Gonon (4th), Ionut Alin Zinca (6th), David Schneider (7th) and Marten Bostrom (9th). Baptiste Rollier (16th), Daniel Hubmann (24th), Hector Haines (37th) and Miguel Reis e Silva (74th), among others, joined the list of the top-100 ranked. In the Women course, Tessa Hill (14th) and Riina Kuuselo (31st) also deserve a word. Analysing the profile of the participants in this “classic”, Jornet wrote on his Facebook page - https://www.facebook.com/kilianjornet - that this race “can join runners from athletics, mountain running, sky running and orienteering.” Evaluating in particular the orienteers' performances, Jornet says: “They race intelligently. Is well know that people who reads is intelligent, and this people are reading all the day! They are fast on flat and have not problem on short technical downhills.” But he also notes a handicap: “Normally they have more problems to keep fast on the uphill, and the race is too long for them.” To learn more about the race, please visit the event's webpage, at http://www.sierre-zinal.com/.

Posted by Joaquim Margarido at 5:05 pm

Email ThisBlogThis!Share to TwitterShare to FacebookShare to Pinterest
Labels: Two or three things I know about it...