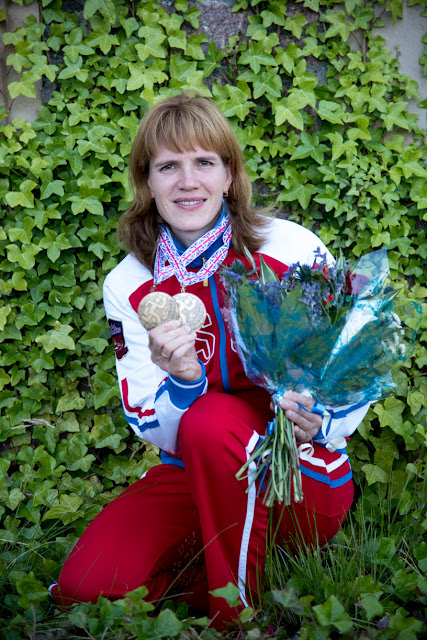 Despite not having achieved all the planned goals, Galina Vinogradova doesn't deny that 2015 was, from a personal point of view, an important season.


In the end of a season full of emotions and great results, what's the first word that come to your mind?

Did you achieve all the goals you've planned for the season?

I have to ask you about the WOC and your two bronze. Did you expect a medal?

G. V. - In the Sprint Relay, after the changeover, I came to the last leg in 10th position and I was far away from thoughts about medals. I just made my job, step by step. After a successful Sprint Relay, I got additional self-confidence for the Sprint final. And yes, I expected a medal in the Sprint.

Physical, technical, mental. Which of those parts were most important for the final result? Do you feel the need to improve even more on these aspects?

G. V. - Everything was important. There are no unnecessary details at top-level.

Was 2015 the most important season in your career so far?

If I ask you to elect the Orienteering Achievement of 2015, what would it be?

You can hardly wait for starting a new season. Is it true?

G. V. - Sure. My main goal is to do my best in the main competitions.

Have you already planned the preparation period? Are we going to see you in Portugal next winter?

G. V. - Happiness and health to all children of the Earth.