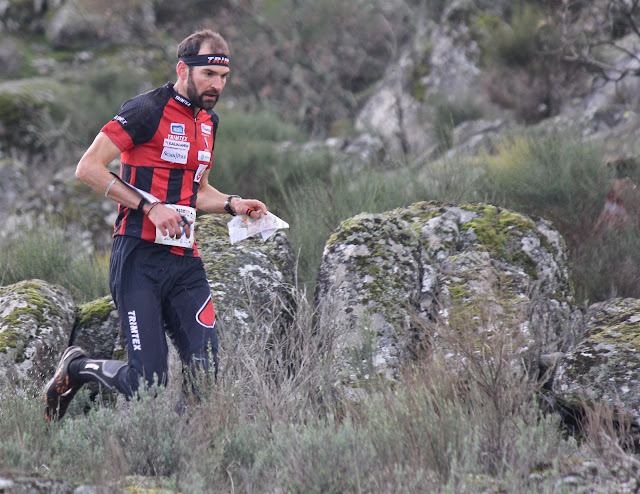 Thierry Gueorgiou and Tove Alexandersson were the big winners of the Norte Alentejano O' Meeting 2016. With the storm rivaling in protagonism with the commitment of organizers and participants, both athletes showed why they stand in second place in their respective World Rankings, beating the concurrence by comfortable margins.


The 10th edition of Norte Alentejano O' Meeting is over. Event of recognized merits, within and beyond borders, the NAOM 2016 attracted to Castelo de Vide a thousand athletes from 21 countries, for two days of excellent Orienteering in superb terrains. The organization, with the signature of the Grupo Desportivo dos Quatro Caminhos, Castelo de Vide Municipality, Portuguese Orienteering Federation and International Orienteering Federation, was once again at the highest level, fighting bravely along the weekend against the weather's inclemency.

In the Men Elite class, the French Thierry Gueorgiou (Kalevan Rasti) was the big winner, signing his name on NAOM's Hall of Fame for the second time, after the triumph achieved in 2014. Not surprisingly, the final stage's winner was the Swedish Emil Svensk (Stora Tuna OK), running his course of 5.8 kilometers in 34:18 and spending less than 16 seconds Gueorgiou. But while the Swedish was the 55th placed in the first stage, being, therefore, out of the final accounts, the French started for the decisive course with a close lead of two minutes over his most direct opponent, the Norwegian Olav Lundanes (Halden SK). Advantage that he expanded today to 2:24, thanks to another high level race. Third placed at this stage, ex-æquo with Lundanes, the Swedish Johan Högstrand (IFK Göteborg) rose to the third place in the final standings. Tiago Romão (GafanhOri), in the 30th position with a time of 40:26, was the best Portuguese today, while his teammate, Manuel Horta, ended the NAOM 2016 at the 47th place overall and was the best Portuguese athlete.

In the Women Elite, the Swedish Tove Alexandersson (Stora Tuna OK) got the victory again, completing his course of 4.6 km in 30:23. Doing a short break in Skiing in Orienteering season, whose World Ranking she leads by a significant margin, Alexandersson came to Castelo de Vide show why she is seen as the new queen of Orienteering, inscribing for the first time her name in the Book of Honour of the Norte Alentejano O' Meeting. As yesterday, the Finnish Marika Teini (SK Pohjantähti) was again the second placed, with more 1:52 than Alexandersson. The Norwegian Ida Marie Næss Bjørgul was ranked third in the stage and in the final standings. The best Portuguese was again Mariana Moreira, finishing with a time of 42:14, which earned her the 30th place in this stage and the 39th place in the final standings. In Men Elite, the triumph smiled to the Swedish Erik Classon (OK Orinto), ahead of the Norwegian Håkon Raadal Bjørlo (Halden SK). Third, ex-æquo, stayed the Swedish Daniel Roos (Attunda OK) and the Spanish Eduardo Gil Marcos (Tjalve). 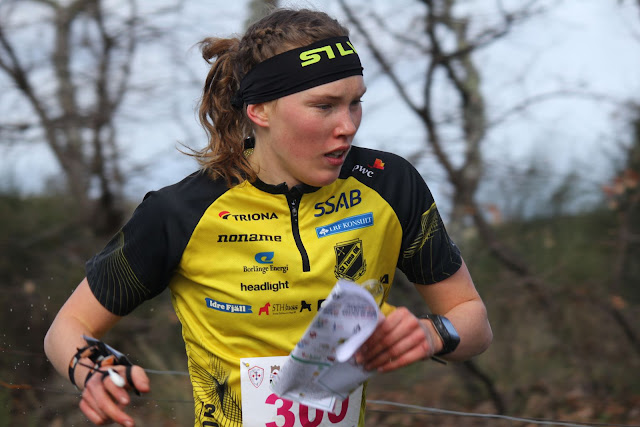 Posted by Joaquim Margarido at 8:30 pm