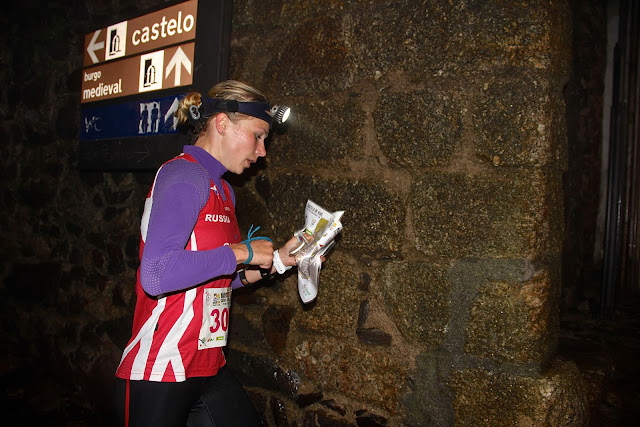 After a morning in the forest, the Orienteering moved to town where, closing the first day of NAOM 2016, took place the always awaited Night Sprint. In the narrow steepy up and down of Castelo de Vide's streets, Tove Alexandersson and Elena Roos, ex-æquo, and Øystein Kvaal Østerbø were the fastest.


The Norte Alentejo O' Meeting 2016 is unstoppable. Following a tempestuous Orienteering morning - and after an afternoon break -, the attention turned to Castelo de Vide, in whose streets, alleys and stairways took place the Night Sprint race. Although not scoring for the NAOM's final results, it was near 500 the athletes who, for the first time or repeating past experiences, navigate one of the best Portuguese urban maps. Note also that Salgueiro Maia, “Captain of April” and a native son of Castelo de Vide, gave his name to this stage. Was thus sealed a simple but very heartfelt tribute from Grupo Desportivo dos Quatro Caminhos to one of the men who contributed the most to, on 25th April 1974, reversing the march of 48 years of dictatorial regime, releasing Portugal and restoring the democracy.

The race has in the Norwegian Øystein Kvaal Østerbø (IFK Lidingö SOK) the great protagonist in the Men Senior class. Occupying the 15th position in the IOF World Sprint Orienteering Ranking, Østerbø had in his team mate Mårten Boström, Finland, and in the British Kristian Jones (Lillomarka OL) two really strong opponents, struggling for the victory in a tight fight until the last meters. The Norwegian turned out to be the fastest to complete the course of 2.2 kilometers in 15:26, against 15:33 of his most direct contestants, that finished with the same time. In the Women Senior class we could also see an intense duel for victory, with the Swiss Elena Roos and the Swedish Tove Alexandersson getting the victory ex-æquo with the time of 13:21 to 1.8 km of their course. Anastasia Rudnaya (MS Parma), from Russia, took the third position with more 0:15 than the winners.

Posted by Joaquim Margarido at 11:33 pm