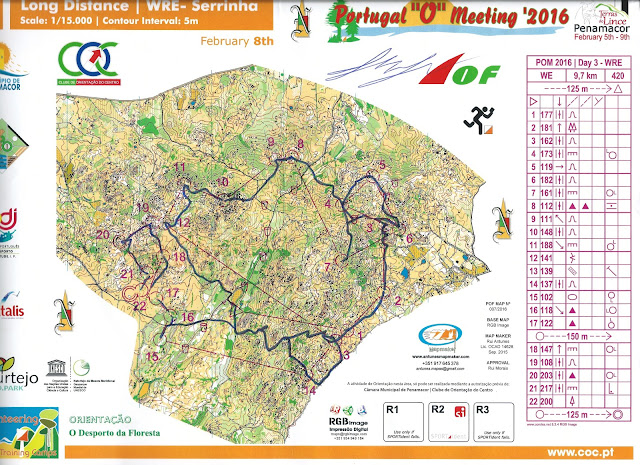 [Control nº 1] I stood still for quite some time at the start point in order to find a good route. Decided to go right on the paths, but wanted to shorten the route a bit. Halfway up, in the slope, I tried to take a shortcut, but was forced to turn back by the evil thornbushes. Going down the other side of the hill, the terrain was a bit more runnable, and I took a shortcut. Nailed the control, and was surprised to see Marika Teini pushing at the same time. Took a look at the code and realized I had navigated to Control nº 13. Continued north to Control nº 1, not feeling too good about my start.

[Control nº 2] Kept close to the line where the runnability was good. Was a bit unsure when I passed the path just south of the control, but took my time and managed to figure out where I was.

[Control nº 3] Stood still at Control nº 2 trying to figure out how I was gonna find Control nº 3. Saw the path going almost to the top of the hill, and the choose to follow it was then easy.

[Control nº 4] Took the path, tried once again to take a shortcut, but again forced back to the track. Went all the way to the drinking station, and then careful with my compass down to the control.

[Control nº 5] Tried to stay close to the line, passing the paths and seeing cliffs and rocks telling me exactly where I was all the time. Close to the control, I spotted Mironova.

[Control nº 6] Passed Mironova. Leaving the path going down in the reentrant, I could see the control from far.

[Control nº 7] Didn’t see a route I really liked, but went right since I had already run bits of that route and it felt like a safe option. At the control I caught Billstam and Chataing.

[Control nº 8] Kept to a route choice that felt easy to navigate and with good runnability.

[Control nº 9] Looked far ahead and could see the little hill that I was going to.

[Control nº 10] Stayed on the road for some time to try to figure out how the area around the control would actually look like. Didn’t quite manage to figure it out before entering the area with bushes and boulders, but approaching the control the terrain opened up, and I could see the rocks behind the control.

[Control nº 11] Went straight down and straight up using the small path. Saw Jurenikova the last meters before the control.

[Control nº 12] Took a really safe route to the left, going on the path all the way down to the yellow, and then back up again. Saw Rudnaya leaving the control as I, Annika and Eva started to climb the last meters towards it.

[Control nº 13] Since I had already taken this control in a good way once, I simply did the same thing all over again (except for not trying to cut through the bushes going up the slope). At the control we caught Rudnaya.

[Control nº 14] Safety first once again, left out to the path.

[Control nº 15] Third and last time using the same track during this race. Felt tired going up the hill for the last time.

[Control nº 16] Tried to avoid the greed as much as possible.

[Control nº 17] Nice to hear that I was in the lead, made me calm and I could just focus on keeping the good orienteering up in the last loop.

[Control nº 18] Small mistake, came up in the reentrant a bit to the right and had to go back in order to get the control.

[Control nº 19] Went left around the hill. This is the last time I saw Jurenikova and Rudnaya. Thought the control was really tricky, but then again, aren’t the last controls of a long distance always?

[Control nº 20] Followed the line, down in the slope and up on the hill.

[Control nº 21] Used the path, compass the last hundred meters. Was a bit unsure approaching the control, but took a last look at the map and found it without further trouble.

[Control nº 22] Downhill, nice! Also a nice feeling running towards the last control knowing I had done a good race.

[Finish] Tried my best to challenge Lina Strand for our sprint-finish-competition. Lost again! 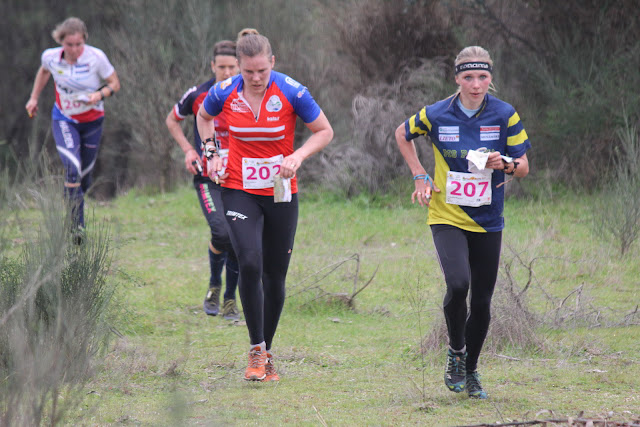 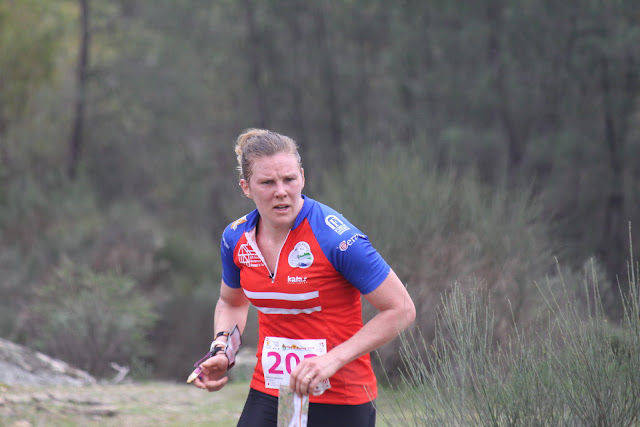 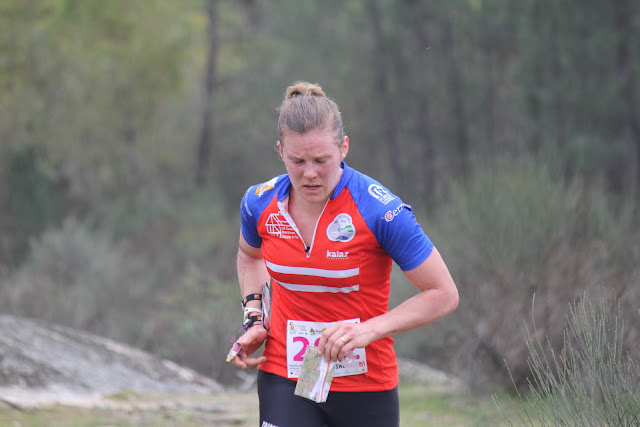 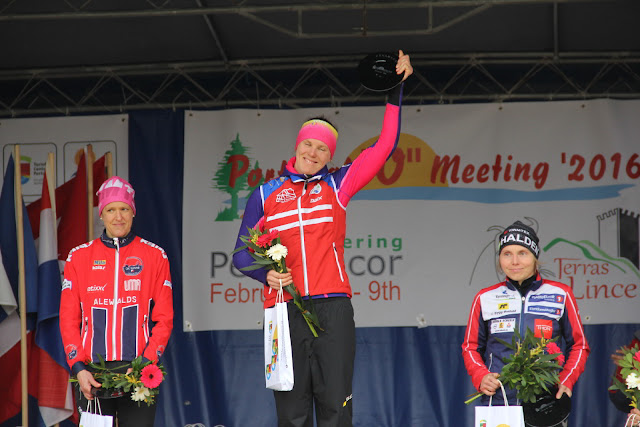 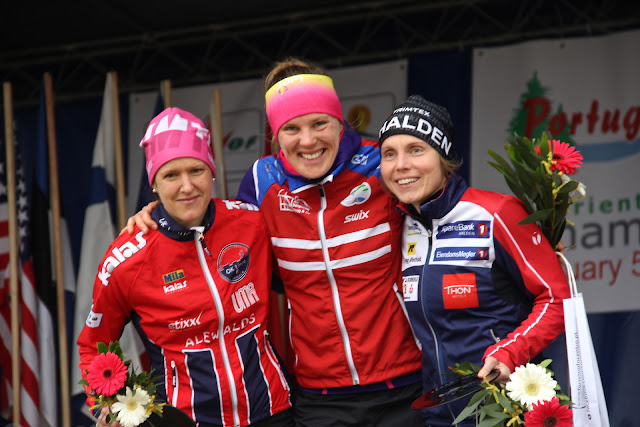 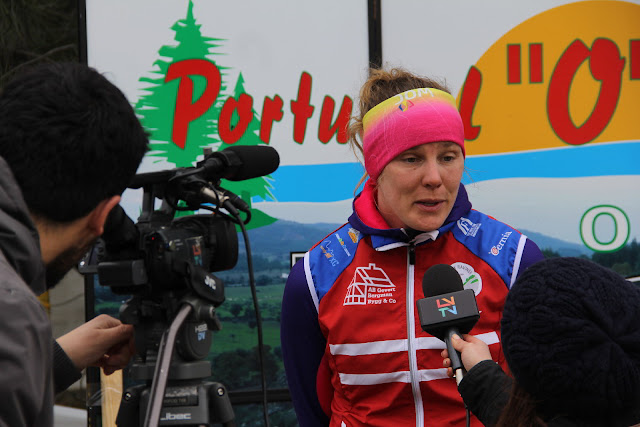 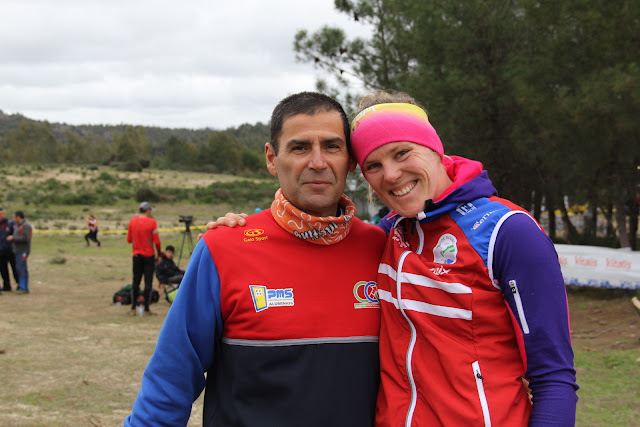 Posted by Joaquim Margarido at 11:03 pm