Davide Machado and WMTBOC 2016: “I will run searching for a dream!” 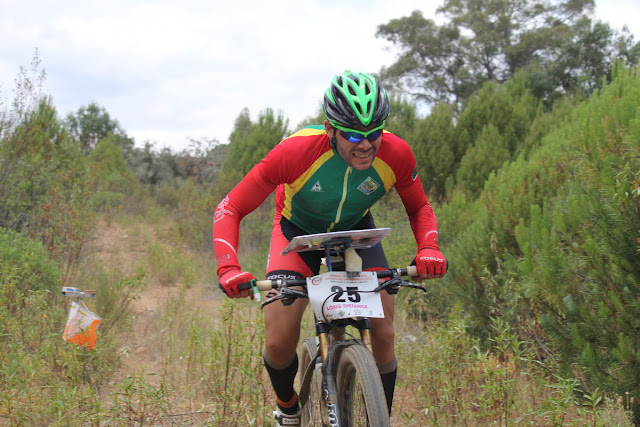 Six years ago, the Portuguese Davide Machado called attention to himself by taking 7th place in the WMTBOC 2010 Long Distance race, held in Montalegre, Portugal. This was the first major international competition of his career: an unforgettable experience and from which the athlete recalls “the unexpected results, the fantastic atmosphere within the Portuguese team and all aspects of the event.” In addition to the strong motivation towards building a successful racing career, his achievements eventually opened the doors to higher competition status, which meant inclusion in the Lisbon Training Centre to help his development as an athlete. But also “these results, and the conditions that I have been provided with, allowed the continuation and completion of my academic studies,” he says.

“The Davide of 2016 is a more “grown up” and fulfilled athlete, with stronger personal goals and other priorities. Oh … and more white hair!” (laughs)

- And what similarities persist?

“The same dreams, the same determination, the same convictions!”

In 2016 the WMTBOC is back in Portugal. Anticipating what will be the highlight of the season, many foreign athletes have trained and competed in Portugal during the early part of March, taking part in the two stages of the 2016 Bairrada O ‘Meeting MTBO event, both of which score for the IOF MTBO World Ranking. Somewhat surprisingly Davide Machado ended up being the big winner, in the presence of star names such as Luca Dallavalle, Jussi Laurila and Baptiste Fuchs. A victory in an event that he was about to skip, as he tells us: “The challenge was deciding to participate in this event, after two weeks marked by having to train and with a little inflammation in my knee.” Davide was eventually convinced, and saw his decision thoroughly justified. Looking back at the two stages of the BOM MTBO event, Davide says that “the biggest challenges were the map reading after a few months of absence, and the difficulty of progression in muddy terrain because of the heavy rain in the days beforehand.”

“It can be said that there is already great anticipation for the World Championships,” said Davide Machado, referring to the festive atmosphere that could already be felt in the Bairrada region, which will host the World Championships at the end of July. A region that Davide classifies as “having great potential for the practice of this discipline and that fulfils two fundamental requirements: terrain that is technically difficult and physically demanding.” Among the great attributes of the Bairrada region, Davide lists “the many good maps with large networks of paths, and the physical difficulty due to the unevenness.” And, of course, the good hospitality, gastronomy and beauty of the region, “all of these conditions for a championships of excellence,” in the athlete’s words.

Four months before the event, Davide Machado’s recent success is giving great joy to the Portuguese and, of course, to himself. “Six years after Montalegre, I am a more experienced athlete, more determined. I have dreams, of course, but I also have my feet firmly on the ground. I know my skills, but time has shown me enough to know that everything can change from one moment to another. However, I will be in the Championships as I ever am, sure that I will give my best and I will run searching for a dream!”