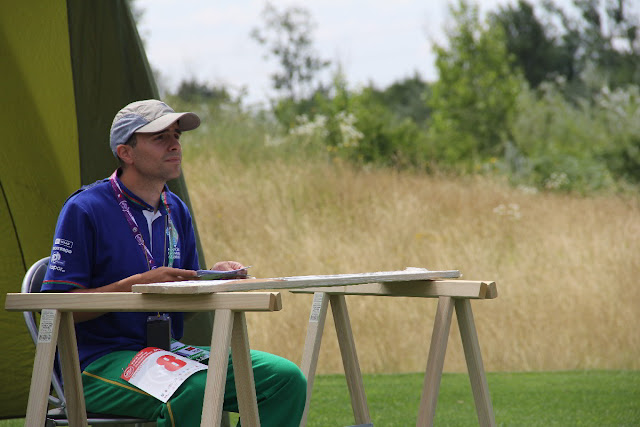 Joining fast decision and sure in the answer, Edgar Domingues was the big winner of the Ribatejo Interior Cup's TempO stage, which took place in Abrantes. João Pedro Valente and Inês Domingues completed the podium.


Took place in Abrantes, on Saturday afternoon, the second stage of the Portuguese Trail Orienteering League Invacare 2016. Part of the Ribatejo Interior Cup and organized by the Clube de Orientação e Aventura, it was a TempO event planned by José Oliveira and having in Luís Gonçalves the National Controller. The event's organization could count on the support of volunteers from several clubs, facing the organizational tasks of a really demanding event.

Distributed for five timed stations with five challenges each, the event visited specific parts of the S. Lourenço Urban Park, a natural peaceful space within the city limits, with a total area of 14 hectares. To meet the most challenging situations, the problems has been diversify and also becoming more complex from station to station, as shown by the results achieved in the last stations compared with the initial part. To the intensity and demanding of a course of this nature replied Edgar Domingues (COC) with a performance of superior quality, managing to correctly answer 23 of the 25 challenges (interestingly, the two failures were seen in the first two stations) and making the time of 217 seconds overall. With this result, the athlete not only take the Portuguese League ranking's leadership as stamp his passport to the Czech Republic where, in late May, will take place the European Trail orienteering Championships ETOC 2016.

Winner of the opening stage of the Portuguese Trail Orienteering League Invacare 2016, João Pedro Valente (CPOC) was the second placed with a responding time pretty close from Edgar Domingues but with two more errors, which put him at a distance of 68.5 seconds to the winner in the final accounts. National Champion in TempO currently and 7th placed in this discipline in the last World Trail orienteering Championships, in Croatia, Inês Domingues (COC) had to settle with the third place, adding to 200,5 seconds in the five stations overall - even faster than Edgar (!) -, “large” two and a half minutes corresponding to five incorrect answers. The Portuguese Trail Orienteering League Invacare 2016 continues next Friday in Pontevedra, Spain, with its third stage during the Spanish Orienteering Championships. 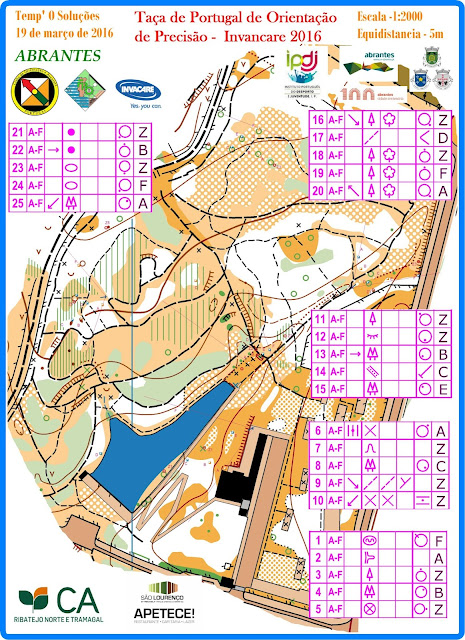