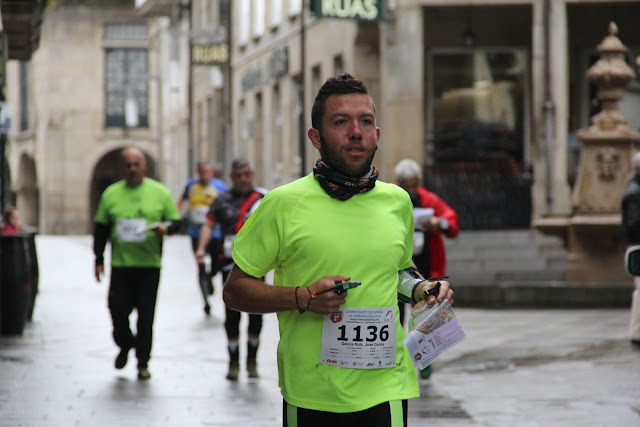 
Pontevedra, in the northwest of the Iberian Peninsula, hosted the Spanish Orienteering Championships CEO 2016, which took place along the Easter's holidays. Coming from all over Spain - and also from Portugal, Finland, Sweden and Lithuania -, more than 1300 competitors were able to enjoy demanding terrains and challenging courses, but also the availability and welcoming of an extraordinary organization, signed by the Club AROMON, hardly working for high level Championships, despite the harsh rainy weather along the weekend.

Fulfilling the first day's program, the Long Distance stage had in Antonio Martínez (Colivenc) the big winner, with a time of 1:18:25. With a less good performance, Andreu Blanes (Colivenc) would stay out of the podium, unable to defend his title. So, Martinez's big opponent would be Eduardo Gil (Tjalve), losing the title by two seconds. In the Women Elite class, Anna Serralonga (Go-Xtrem) took the Long Distance title for the second year in a row, with the exact time of one hour, and a comfortable lead of 4:43 over the second classified, Ona Ràfols (COC).

Always spectacular, the Relay and the Sprint courses called the attentions on the second day of the Championships. Particularly tasty, the Men Relay title was achieved for the fourth time in a row by the representatives of the Valencian Community (Roger Casal, Andreu Blanes and Antonio Martinez) against the Catalonia Community's team, with Marc Serralonga, Biel Ràfols and Pau Llorens. The Catalans were stronger in the Senior class, with Ona Ràfols, Amparo Gil and Anna Serralonga imposing themselves to the Valencians Violeta Feliciano, Alicia Gil and Esther Gil by 59 seconds of difference, thus recovering the title lost in 2015. Taking advantage of the excellent conditions in the Pontevedra's Historic Centre, the Sprint would have in Antonio Martinez and Ona Ràfols the great winners. With Blanés being second placed, Martinez repeated the triumph of the last year in the distance, achieving his third consecutive title in these Championships. Ona Ràfols had a much more complicated task since Violeta Feliciano (Colivenc), finishing second, spent more three seconds than the winner.

On the last day of the Championships took place the Middle Distance course in in which Antonio Martinez and Anna Serrallonga started as national titles' defenders. In the women's sector, Serrallonga was once again at her best, winning comfortably in 31:08 against 33:19 from Ona Ràfols. In the Men Elite Class, Antonio Martinez was unable to do better than the 4th place, letting out the triumph for Andreu Blanes, with Eduardo Gil finishing once more in the second position. Still some words to those who leaved from Pontevedra with all the three individual medals in their luggage: Gustav Wirén (Malarruta) in the M14 class, Raúl Sanjuán (Colivenc) in the M16 class and Jesús de Miguel Rey (Navaleno-O) in the M65 class. Along with Alvaro García and David De Miguel Armisén, Raúl Sanjuán was also the winner in the Men Cadets Relay. 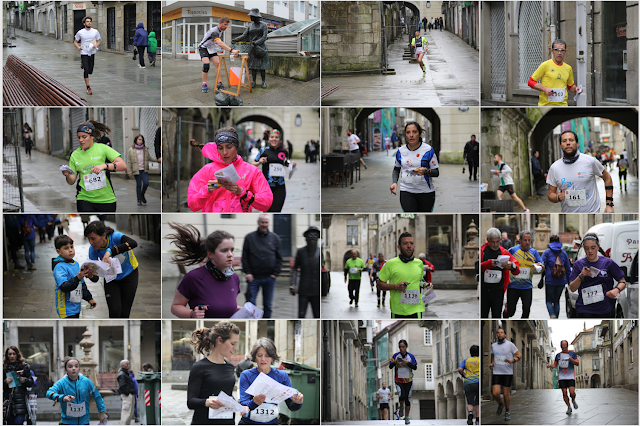 Posted by Joaquim Margarido at 8:03 pm