Tomáš Leštínský and the ETOC 2016: "Everything in forest is ready and completely under control" 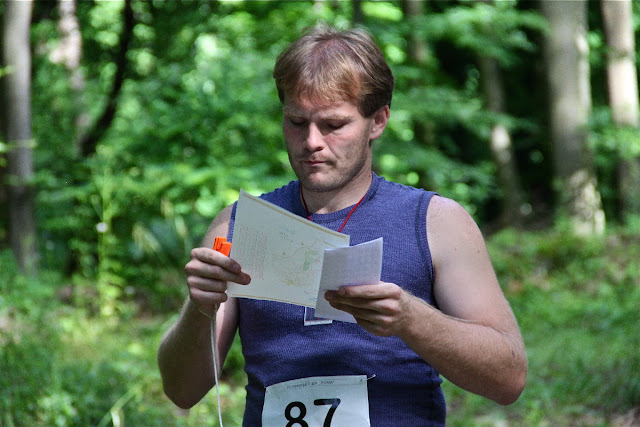 The European Trail Orienteering Championships 2016 is fast approaching and we keep on following closely all its developments. The Portuguese Orienteering Blog met, this time, one of its most prevalent names, looking forward updating the event's status. With the greatest delicacy and the utmost honesty, Tomáš Leštínský welcomes us and answers all our questions.


The ETOC 2016, in Jesenik, is quickly approaching and you are one of the leading names of this important event, as course setter. How did it happen? What led you to accept the challenge?

Tomáš Leštínský (T. L.) - It was quite easy. I'm member of the organizing club, I'm map maker, I do TrailO, I'd organized several TrailO competitions before, so I thought I'd have some skills how to do such a big event. The choice was really simple. Accepting the challenge wasn't, maybe, the point. I always try to prepare a good competition. What are the differences between national or local competitions and an event like ETOC? Maybe some fancy stuff around, but still the same competition and the same goal - to prepare a good race. I can't say I feel more pressure or nervousness.

Would you like to tell me something about your career in Trail Orienteering?

T. L. - My career started with some minor FootO competition in which the organisers were preparing a sample PreO race. Till then, I'd thought about TrailO as a simple sport for poor wheelchair people. As I had some spare time, I decide to show everyone what “awesome” competitor I was. I still keep in my mind some controls till now. In one of them - statue statue between -, the statues were so distant from each other and there was three flags so close together that I thought: WTF? Everyone is “between”, what a stupid discipline! There was more two or three controls like this one, some very easy, and I proudly handed out my card in the finish and was very surprised about the half of the controls wrongly answered. But why? TrailO has some really strange rules. Oh, give me a brake!

Then I decided that I would to check out what happened. To attain the same level of knowledge, to have the same condition, to win. And then I won. And again, and again. And it tasted good! The TrailO competitor was ready. My best result since then was in France the 4th place in WTOC PreO and in Italy the 6th place in WTOC Tempo.

From all the courses you’ve set until now, is there one with a special meaning, in personal terms?

T. L. - TrailO offers lots of fun if you're not afraid of doing things in a different way. Some time ago, I prepared a TraiNO race, where the point was to put the competitors into a train, give them a map and a control card and let them go from one station to another and back with the controls around the track. Why? For fun! :)

In 2014 I've prepared an ECTO competition in a golf playground. Handling the control cards and copy the answers to an excel table from more than one hundred competitors took me there, at least, three hours. It was a very unpleasant experience, not just for me but surely for the competitors too, waiting for the results. So I decided to use SportIdent for the results in TrailO. Last year I've been using a prototype of this new kind of punching to improve it and to learn how to use it in a big event like ETOC, because I've knew, at that time, that I would organise it in 2016. The system was designed to allow live results just right the competitor reads out his/her SI card. I'm happy that it works and I can use it on ETOC 2016.

Judging by the amount of complaints and protests at the end of many Trail orienteering events, the competitor seems to be very critical on the planner’s work. Your experience as a course setter has increased your tolerance level as competitor?

T. L. - I never complain. Since the beginning. When I started to preparing competitions, I started to become very angry about people complaining on every competition. It went so far last year that I was forced to ban a competitor to entry every future competition I'll organise for constantly distorting the smooth run of each race. Generally I don't understand protesting people. They quickly lose their values in my point of view. Why they should express that they don't understand some situation the setter prepared just if it doesn't fit with their philosophy? Imagine Foot-O. The course setter set the control to some thicket or swamp or wherever similar else. And some competitor, not so skilled or not so proud, decide on the course that this is unfair because of the swamp (he's afraid of water) or because of the thicket (he hasn't seen the flag so he lost there five minutes). What will happened if this kind of competitor starts complaining in the finish? Everyone around will laugh out loudly. Why don't we do it in TrailO too?

It doesn't mean that every planned control is well done. Of course everyone can make a mistake (not being so precise setting the flags in the terrain, but this is not the kind of protest I'm talking about), but generally the course setter isn't trying to set a wrong control. If the competitor makes here a mistake, he just don't understand the course setter. There are no reasons to complaints or protests in such situation. The map, the most important tool for us, can be “strange” in some parts. But it's not a geometrical plan against we compete to, it's a generalised picture of the terrain. And as the picture can be drawn in thousands ways, so the map can be too. It only pushes the competitor out of his pleasant shell. putting him under pressure. Again, no reason to complaints or protests.

What are the major challenges that a course setter has to face? What “traps” he/she needs to avoid?

T. L. - Don't try to make it hard at any cost. Technically, TrailO is a quite simple discipline. Which flag is in the circle centre? Nothing more, nothing less. If you start to think how to make it harder, you're taking the risk to prepare an unfair competition.

Are there some course setters that you particularly admire?

T. L. - There are none. I don't care too much about who is setting the race I'm competing on. My experience from FootO is that even the best course setter can prepare a bad competition. I don't expect the TrailO is different.

Even knowing you won't reveal too much about your current work, I would ask you to tell us something about ETOC 2016. Were the terrains your choice or imposed by the organization?

T. L. - One of the first thoughts about this Championship was to make it together, EOC and ETOC, both equal. The same terrain, the same arena. I was suggested to the terrains where the TrailO should take place. After a first visit, it was quite clear that it wasn't feasible. No paved paths, very hilly, bumpy grass in arenas, boring terrain... everything was bad. So, together with the National Advisor Pavel Dudik, I started to look for some more suitable terrains. Unfortunately the natural surroundings of Jesenik offer poor possibilities for TrailO. The only luck for us was a mining history of this region (quarries of lime stone and gold). After some visits, we choose two terrains that we consider both suitable and challenging. The competitors may expect fair courses, focused on not using weird zero tolerances. And about the challenge... After the last terrain inspection, I realised that last Croatia PreO1 race determined the way how we shall compete ever after. Despite this abroad muddy success, we're now trying to push the forest's owners to repair the tracks.

The geographical proximity of EOC and ETOC areas put you some difficulties or the coexistence is peaceful?

Throughout this process, what have been the biggest tasks? How many hours of sleep have already lost because of ETOC?

T. L. - Right now, everything is almost ready. The biggest task was to find out an organising team. This isn't still satisfactory, but I hope we will do it somehow. As I mentioned before, for me ETOC isn't more important as any other competitions, the workflow is similar and if I prepare everything in time, there is no reason to loosing my sleep.

How it has been to work with Lars Jakob Waaler and John Kewley, respectively the IOF Senior Event Adviser and the IOF Assistant Event Adviser?

T. L. - I have to say that these guys are perfect. Especially JK is not afraid to point the things that we'll keep in mind during the preparation work. I like this cooperation.

Don’t you fear that, once again, the EOC completely overshadow the ETOC? Are there some strategies planned to tell people that Trail orienteering also exists?

T. L. - It definitely will do so. I can see now that everything is focused to EOC. ETOC had to adjust to EOC in all aspects, like time schedule, prize giving ceremonies, maximum time for each event, amount of available organisers, amount of available material, etc. I've been trying to convince the group leader about the TrailO specifications and specialities that he can't find in FootO and which he doesn't understand. Unfortunately I haven't been very successful so far. The public TrailO events that I've planned were canceled due to program changes and for expected pointless because, at the same time, EOC guys are competing somewhere else. So, for now, I don't know about any TrailO promotional efforts during the Championships.

Those who set courses and organize events, do it with the competitor in mind. Being one of the best athletes in the world, you accepted, this time, stay out of the competition. Don’t you regret to lose the chance to compete in your home country?

T. L. - Not so much. I like maps and organising. Competing is fine too, but, in my personal scale of values, setting and playing with controls it's even further forward. If I do a good job preparing any competition and people remain satisfied then, this feeling is much more pleasant than the one while competing.

In a month we’ll have the big event. Is there everything under control?

T. L. - Everything in forest is ready and completely under control. I mean maps, tasks, flags, electronic punching system, this is ready now. Other things which I can't influent (like assistants for Para competitors, personal for TempO like timekeepers, umbrella men, etc.) seems now not so satisfactory. I hope these things can be solved soon, because if don't, then I'm afraid the ETOC turn into a shame despite the courses being ready.

T. L. - My biggest wish is that, on 29th May, I can feel happy that all the preparation process concluded successfully, culminating the best way all our effort.