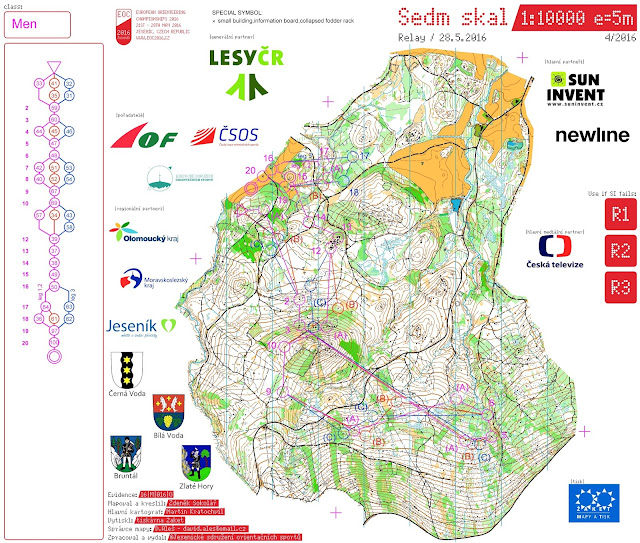 
The European Orienteering Championships EOC 2016 came to an end. For the last day of the competition program was reserved the Relay race, a moment always awaited with special emotion and seen by all athletes as a real party in which the gold has a truly special flavor. The men's race saw the first note of sensation given by the teams of the Czech Republic and Switzerland, finishing the first leg ex-æquo with just 2 and 11 seconds ahead of Poland and Estonia, respectively. In the second leg, the Swedish Johan Runesson managed to erase the one minute disadvantage brought from the first leg, giving the testimony to his team mate, Martin Regborn, in the first position, one second before the Czech Republic and six seconds ahead of Poland. In the third leg, however, it would be the turn of Martin Hubmann being faster, offering to Switzerland a fantastic victory in 1:46:07, the third gold in the last four EOC's editions. With more 8 seconds than Switzwerland, in the second place, finished Norway, while the Czech Republic was ranked third, 13 seconds after the winners. European Champion in 2014, Sweden concluded in the 4th position with 1:02 more than the Swiss team. The Portuguese Relay didn't start in the last day of competitions.

The Women Relay also had a rather lively outcome, with Finland getting the win ten years after the golden journey of Otepää, Estonia. Julia Gross, Switzerland, started better than the concurrency, giving to the defending title, Switzerland, the primacy in the first leg with a lead of one second on the first team of Russia and 12 seconds on the second Russian team. In the second leg Russia kept fighting hard and Natalia Vinogradova recorded the best time, while Sweden followed for the decisive leg in the second place, with a delay of 1:07 in relation to Russia. In the third leg, Svetlana Mironova made a big mistake in the first part of the map, losing the lead for Switzerland. But Judith Wyder "had a bad fall in the stony area", which would eventually launch Finland and Sweden for a titanic struggle till the end. Merja Rantanen and Tove Alexandersson ran almost the entire race side by side, but Alexandersson would give up in the last meters, ending the Finnish to celebrate the victory in 1:42:57 and a four seconds lead on Sweden. Russia finished its race fifteen seconds later than the Finnish team, while Switzerland would be fourth, 21 seconds after the winners.

Posted by Joaquim Margarido at 4:57 pm