5 Days of Italy 2016: Golden weekend for Keresteš and Kacin 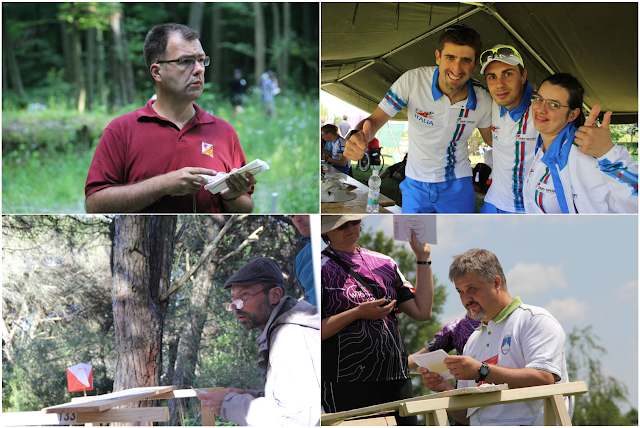 The Slovenians Krešo Keresteš and Emil Kacin were the winners of the TrailO 5 Days of Italy 2016's two first stages, last weekend, in Conca del Tesino, Trentino. Susy De Pieri and Remo Madella were the best Italians, getting the national titles of PreO and TempO, respectively


PreO course with a set of 23 controls and two timed stations with four tasks overall, the first stage of the TrailO 5 Days of Italy 2016 took place last Saturday in Pieve Tesino, at Tesino Golf Club “La Farfalla”. Scoring for the Unofficial European Cup in Trail Orienteering 2016 and, simultaneously, for the Italian PreO Championships 2016, the course was setted by Daniele Danielli, having the participation of 45 competitors from twelve different nations. The Slovenian Krešo Keresteš (OK Trzin) was the only one to finish the race without errors, both in the course and in the timed stations. World Champion in 2007 (Kiev, Ukraine), Keresteš got a one point win on the Slovakian Jan Furucz (Farmaceut Bratislava), second placed. Libor Forst (MatFyz Praha), Czech Republic, was third with 21 points and 99 seconds, six seconds ahead of the Croatian Ivica Bertol (OK Vihor). Zoltán Miháczi (Tipo Orienteering Club), Hungary, has the fastest and the most accurate in the timed stations but missed three controls and got the fifth position. Susy De Pieri (Eridano Adventure ASD) finished sixth with 20 points and was the best Italian competitor, reaching the national title in PreO.

Scoring for the Unofficial European Cup in Trail Orienteering 2016 and, also, for the Italian TempO Championships 2016, the competition on the second day was planned by Renato Bettin and offered six timed stations with five tasks each to the 46 competitors gathered in Cinte Tesino, Monte Mezza. The winner was another athlete from Slovenia, Emil Kacin (OK Azimut), with three wrong answers and 399 seconds overall. Kacin got a 19 seconds win on the Italian Remo Madella (Vivaio), thus reaching the Italian TempO gold. Jan Furucz was on the podium for the second day in a row, being third with 423 seconds, despite six wrong answers. His brother Dušan Furucz (Farmaceut Bratislava) got the fourth place with 461 seconds, less three seconds than Libor Forst, fifth placed. Alessio Tenani got an amazing clean race in the first half, but wasn't able to get better than the sixth place, thanks to six wrong answers in the last fifteen tasks. With this results, Remo Madella took the lead of the Unofficial European Cup in Trail Orienteering 2016 with 142 points in six stages. The Swedish Erik Stålnacke (IFK Göteborg) and Lennart Wahlgren (Rehns BK) are second and third, respectively, with less 8 and 12 points than Madella. 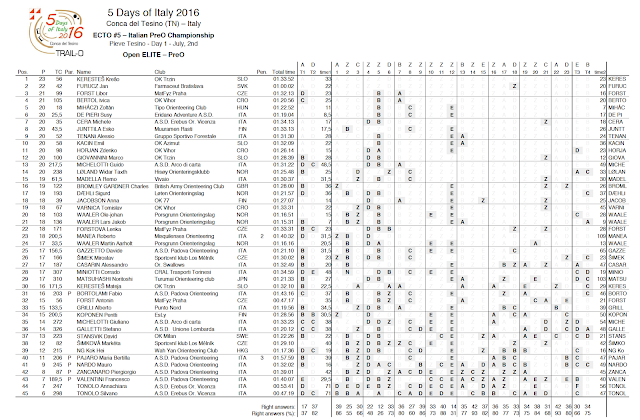 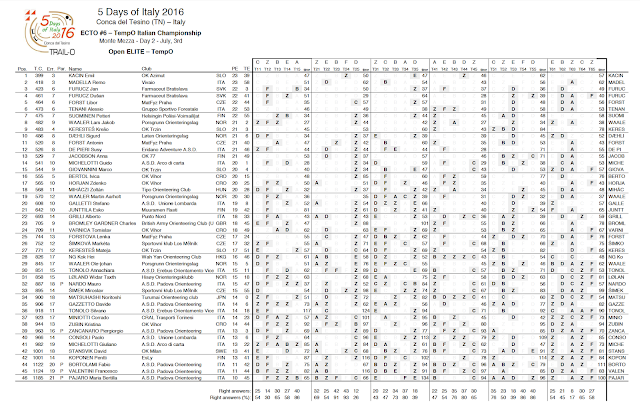