Anton Foliforov: "Winning this race was not a goal of mine" 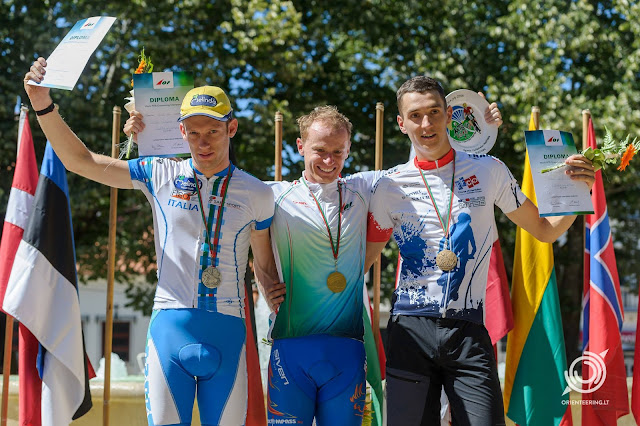 Before the start of the World MTB Orienteering Championships WMTBOC 2016, the Russians Ruslan Gritsan and Anton Foliforov shared the title of athlete with the most gold medals won in individual races in the most important event of the international calendar, with six gold medals each. Yesterday in Cantanhede, Foliforov was stronger, breaking the tie.

Speaking of his race - and his victory (!) - Foliforov started by highlighting that “really, winning this race was not a goal of mine.” Heavy legs, the extreme heat and the waiting time in the quarantine - “I took three or four showers before the start” - meant that the plan was just “to do my best and see what might happen.”

But things turned to be quite interesting in a particular moment. Anton remembers: “Suddenly I saw Lauri Malsroos, who started two minutes before me. Lauri is very strong, a great runner, and I felt like that wouldn't be possible, maybe I did some kind of big mistake”, he says, laughing. Considering that this was “a hard test for the legs but restful for the mind”, emphasizing the physical demand over the technical part, Anton added: “I think I was able to keep a good pace throughout the race, I lost just a few seconds in a couple of hesitations, but actually I made a very consistent race and the result makes me very satisfied.”

In the Middle Distance Final, tomorrow, in Valongo do Vouga, the goal is “to be in the fight for the gold. I know that my adversaries are really strong and it won't be easy, but I'll try to do my best and we'll see”, he concludes.

Posted by Joaquim Margarido at 4:44 pm