Emily Benham: “I'm really in the shape of my life” 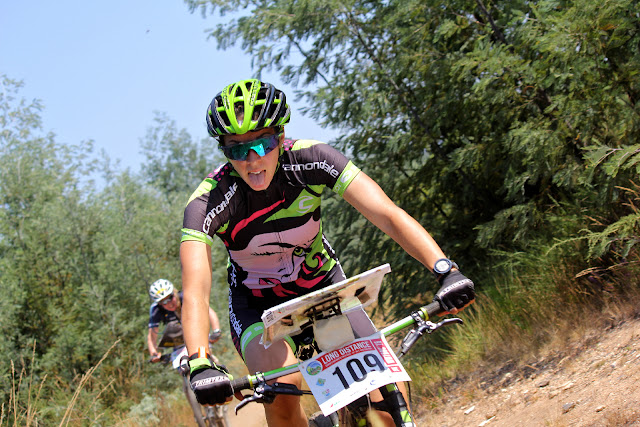 After the gold medal achieved in the Sprint and the silver in the Middle Distance, Emily Benham went to back up on the top of the podium by winning the “queen race” of the World MTB Orienteering Championships 2016. Second victory in the Championships, second world title in her career and a great joy to return to listen (and sing) “God Save the Queen”.

The Prize Giving Ceremony was approaching and Emily Benham was taking place. The victory in the Long Distance was the most important result of her career so far and she couldn't be more pleased: “It's just incredible, I'm really in the shape of my life at the moment. I was so angry after Wednesday, because I did so many things that I shouldn't have done, and today I just said to myself that I wouldn't let that happen again, so the other athletes didn't really have a chance today”, she said.

Talking about her race, Emily couldn't be more direct: “Yeah, I was really ready for it before the start and was ready to give all I've got. But I made one big mistake of two and a half minutes to the control no. 5 and after that I was just fighting and fighting to recover the time lost.” And it was, indeed, a constant struggle, tremendous, immensely hard, through a constant up and down and under quite high temperatures. Her words are very eloquent: “A very tough race, yes. I was giving everything and was completely exhausted when I finished.”

Now we have the Relay as the Championships' “grand finale” . Claire Dallimore has been doing some nice races, so as Natalie Creswick and another historical moment can happen: “Yeah, I think we really have some strong chances in the Relay. I believe we have a shot at being in the top 6. We just have to work together as a team and maybe things will go our way.”

Posted by Joaquim Margarido at 8:30 am