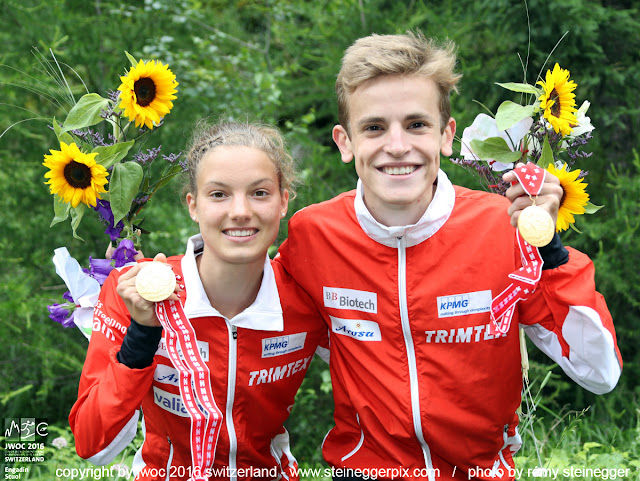 Two high level performances have paid to Thomas Curiger and Simona Aebersold the titles of Middle Distance. In the last individual final of the Junior World Orienteering Championships JWOC 2016, the national Swiss flag rose twice in the podium's tallest mast for the second time in this edition.


The beautiful surroundings of Susch-Lavin hosted, this morning, the Middle Distance Final of the JWOC 2016. Along a hill-side broken-up, in a quite detailed terrain, the athletes have been challenged at their most by demanding courses, both technically and physically.

After the convincing performances in yesterday's qualification race in Ftan, where he got the first place, as well as the Sprint and Long Distance races that earned him two silver medals, the Swiss Thomas Curiger managed to improve one single step on the podium, still enough to get the well-aimed gold. Very stable and fully focused along the course, Curiger completed the 3,800 meters in 24:21 (far below the 25 minutes expected for the organizers), beating the twice gold medalist in this JWOC and his team mate Joey Hadorn by 49 seconds. Audun Heimdal offered to Norway its first medal in this JWOC edition by finishing third with more 1:11 than Curiger. The previous Middle Distance World Champion and winner of one of yesterday's qualifying heats, Olli Ojanaho, Finland, was today far below the expectations, finishing 19th, 2:51 behind the winner.

In the Women class, Simona Aebersold came to personify the great champions, those who can get up after a defeat and rise to the highest level. Indeed, Simona managed to overcome the failure of the Long Distance final, recording today a fantastic performance, adding to the title of Sprint won last Sunday, a superb win in the “supersonic” time of 24:06 for a distance of 3,100 meters. Second placed and, perhaps, the biggest surprise of the Championships so far, the Polish Aleksandra Hornik finished 1:50 after the winner, while the Swedish Johanna Oberg, the other top favorite, along with Simona Aebersold, got the third position with the time of 26:17. After the Middle Distance, the medal table is clearly dominated by Switzerland, with five gold, four silver and one bronze. Finland, with one gold and one bronze medal (both by Anna Haataja) is in the second placed, while the third place is shared by Russia and Poland, with one silver medal each. Sweden, with three bronze medals, and Norway, with one bronze, close the list. 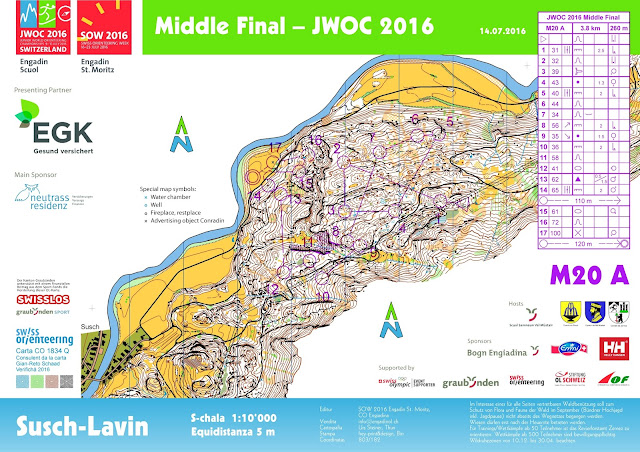 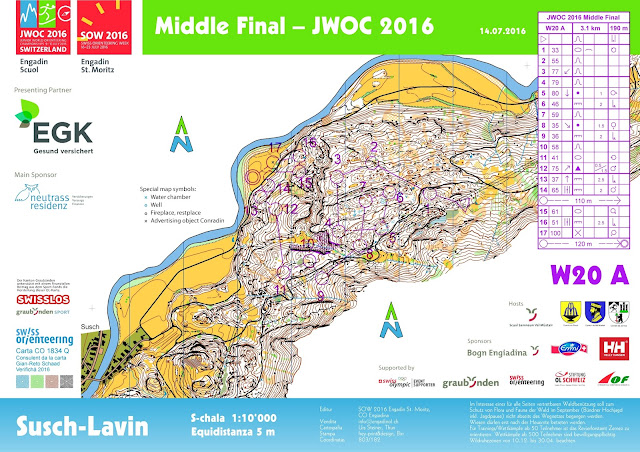 Posted by Joaquim Margarido at 5:50 pm