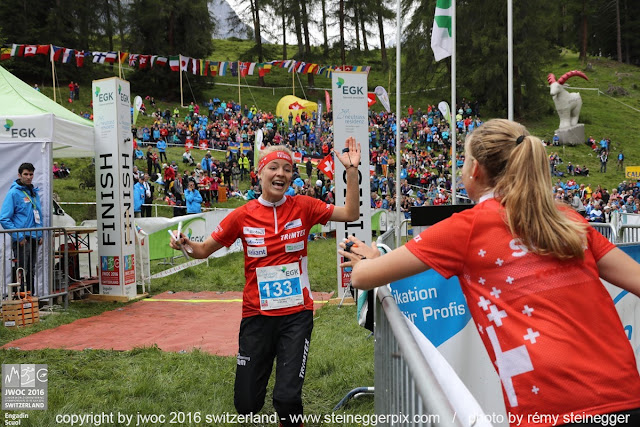 Culminating an unforgettable week, Switzerland returned to perform at the highest level on the last day of the Junior World Orienteering Championships JWOC 2016, getting the gold in the Relay, both Men and Women classes. On home ground, the Swiss team ends the competition with seven out of eight gold medals, achieving what no other nation had achieved so far in 27 editions of JWOC!


The Junior World Orienteering Championships JWOC 2016 has finished. Saved for the last day, the great Relay party was exactly that, a great, big party in the beautiful surroundings of Tarasp castle. In the Men class, the French Quentin Rauturier and the Swiss Thomas Curiger - one of the great stars of this Championships - shared the first place at the end of the first leg, but Switzerland quickly would stand out from the other teams in the second leg thanks to a brilliant performance of Riccardo Rancan. At the start for the last leg, the closest team had a disadvantage of 46 seconds for the lead, and it was ... Switzwerland's second team. Junior World Champion of Sprint and Long Distance, Joey Hadorn would eventually confirm the Swiss advantage, reaching his third gold medal of the Championships. The total time spent by the three Swiss athletes was of 1:41:26, 2:28 less than Sweden and 3:41 less than Finland, respectively second and third placed.

The story in the Women class is much the same way, with the Swiss Paula Gross finishing the first leg in the fifth position, 1:49 after another Swiss athlete, Velrie Aebischer, who led then. Sofie Bachmann was unstoppable in the second leg, leaving Simona Aebersold with an advantage of 1:15 to manage in the last leg. The final time of 1:39:01 to Switzerland and nearly five minute advantage on the second ranked lets one realize that the “golden girl” of these Championships didn't just manage the advantage, thus ensuring the seventh gold medal for the home team and the third on her personal account. Better than Aebersold in this leg only even Anna Haataja, allowing Finland to climb seven places in the standings and reach the silver medal. The third position fell to Norway, 5:07 after the winners. 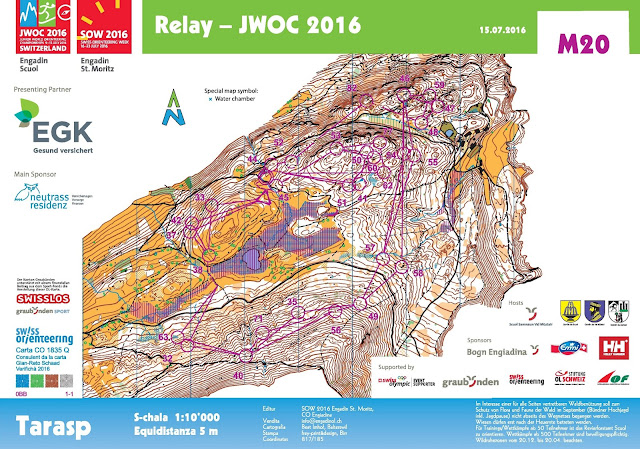 Posted by Joaquim Margarido at 3:15 pm