WMTBOC 2016: Foliforov and Benham got the gold in the Sprint 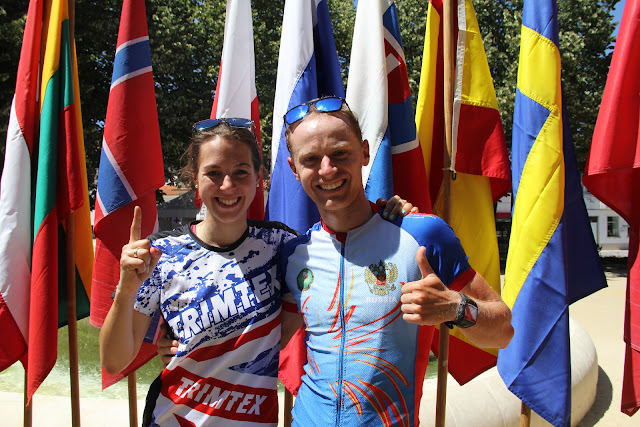 Those who follow closely the MTB Orienteering phenomenon, will certainly remember the exciting Long Distance Final of the European Championships, hold in Idanha-a-Nova, in early July 2015. In that race, the British Emily Benham and the Russian Anton Foliforov went to the top of the podium together. They were back to do so today, again in Portugal, this time in the first stage of the World MTB orienteering Championships, which took place in Cantanhede.


Emily Benham and Anton Foliforov were brilliant winners of the Sprint competition that opened the 2016 World MTB Orienteering Championships, held this morning and early afternoon in Cantanhede, Portugal. The race, which was held in spite of temperatures close to 40º Celsius, revealed the new World Champions of Sprint in the Elite and Junior categories and also the Youth European Champions, both men and women.

In the Men Elite class, the Italian Luca Dallavalle started defending the title achieved in 2015 in the Czech Republic, but found a super-motivated Anton Foliforov, Russia, the current leader of the World Cup and eager to recover a title previously reached twice, in 2011 and 2014. In the end, the difference between the two stood at 32 seconds, a result that allowed Foliforov to taste his seventh individual world title, becoming the male athlete to win more gold medals ever in this discipline. The third place fell to the French Cédric Beill, 37 seconds slower than the winner, winning what is the first medal reached by the athlete in the World Championships. The big surprise comes from Spain and goes by the name of Angel Garcia, 5th ranked with the time of 23:06, which sets an historical result for the Spanish MTB Orienteering, for the first time ever with an athlete ranked in the top10.


First gold ever for Emily Benham

As for the Elite Women, the British Emily Benham and the Finnish Marika Hara engaged in an intense duel from the first to the last meter and that ended with the victory of Benham by the narrow margin of two seconds. Great figure of World MTB Orienteering in the last years, Benham was missing a gold medal in the World Championships to complete a brilliant track record and it came today, in this torrid day in Cantanhede, against one of the world's best, Marika Hara, with four individual World titles and four in the Relay, won between 2008 and 2015. The third place went to the young Finnish Henna Saarinen, rising for the first time on the podium in her second year within the Elite, being her former best result the 14th place achieved in the Sprint last year. Back to the competition after a break of two years, Olga Shipilova Vinogradova, Russia, had an excellent performance, missing the bronze medal by 10 seconds. World Champion in 2015 and current leader of the IOF World Ranking, the Czech Martina Tichovska finished in the 6th position, 1 minute and 3 seconds after the winner.

Finally, in the competitions dedicated to the lower age groups, the Swiss Adrian Jaeggi surprised by winning the M20 class, offering a historic gold medal to Switzerland, the first ever in the Junior category. As for the female class, the Czech Veronika Kubinova proved that she is the best in the World in her class, achieving the gold medal for the third time in a row, before another favorite, the Russian Olga Mikhaylova. Finally, in the European Youth classes, Czech Republic and France proved to have some of the best young athletes in the World and shared gold. The Czech Jan Hasek won in the male class while the French Mathilde Sipos was the female winner. 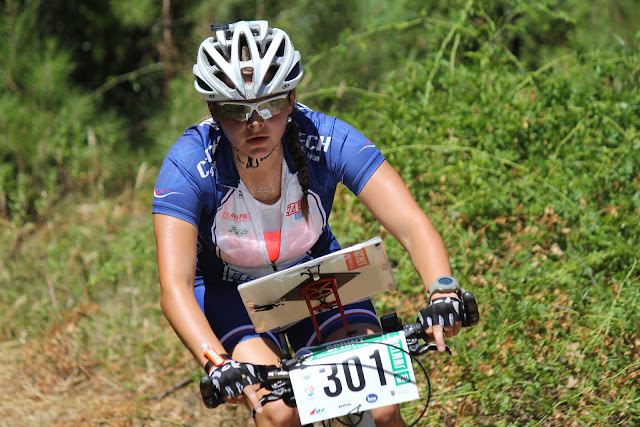 To see the complete results and for further information, please visit the event's webpage at http://mtbo16.fpo.pt/.

Posted by Joaquim Margarido at 8:51 pm