WUOC 2016: Jones and Kosová got the Sprint titles 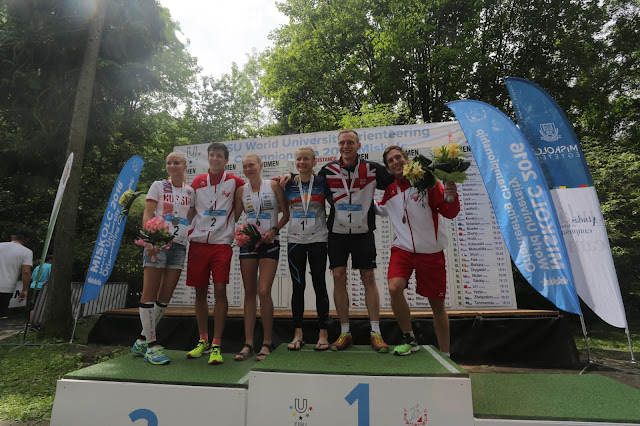 Kristian Mark Jones and Denisa Kosová were the big winners of the Sprint race that opened the competitive program of the FISU World University Orienteering Championships 2016, held this morning in Lillafüred, Hungary.


For the third time ever, the World University Orienteering Championships take place in Hungary. The City of Miskolc and the Miskolc University are the hosts of an event that brings together 266 athletes from 34 different countries. The event extends over the next five days and the program is distributed by the competitions of Sprint, Long Distance, Sprint Relay, Middle Distance and classical Relay.

The Sprint race opened the Championships and took place this morning in the beautiful green region of Lillafüred, 15 km west of Miskolc. In the Men class, the British Kris Jones did a great race, leading the course since the very beginning and finishing with the time of 13:49. Thus, he confirmed the good performances on the recent European Orienteering Championships, where he was the 15th placed in the Sprint final. Jonas Egger and Florian Schneider, both from Switzerland, were second and third, respectively, with more 33 and 42 seconds than Jones. Áron Bakó was the best Hungarian athlete in the 16th position with the time of 15:36.

In the Women Elite class, the winner was the Czech Denisa Kosová with the time of 16:28. She came from the EOC in her home country with an excellent 24th place in the final, but the favourite was the Russian Anna Dvorinskaya - 8th placed in the EOC and silver medalist in the Junior World Orienteering Championships. However, Dvorinskaya couldn't get better than the 2nd place in today's race, ex-æquo with the Finnish Maija Sianoja, 9 seconds after the winner. After her wonderful 4th place in the JWOC Sprint, the Hungarian Virág Weiler was below the expectations, finishing in the 13th position, with more 1:09 than Kosová.

Posted by Joaquim Margarido at 3:38 pm