Falco Cup 2016: Jullum and Vovk were the winners 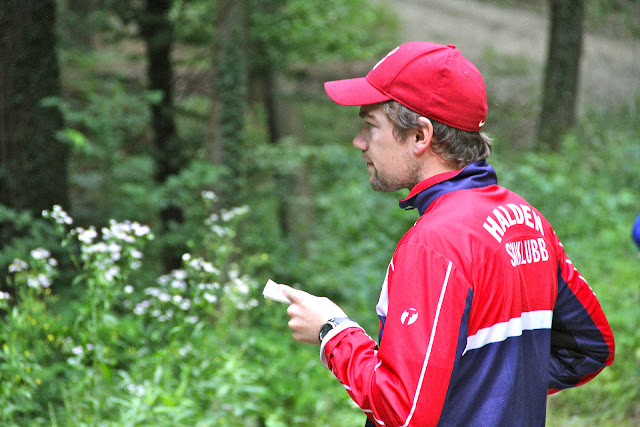 Two wins and a third place gave to Martin Jullum the victory in the Falco Cup 2016 overall. Remo Madella won one stage, finishing second. Vladislav Vovk got the win in the Paralympic class.


During the weekend, took place in Druskininkai, Lithuania, the Falco Cup 2016. Preceding the World Trail Orienteering Championships WTOC 2016, the event brought together 86 competitors from 15 countries, offering a rich and varied program that included one TrailO Relay, one TempO stage and two PreO stages, the latter scoring for the Unofficial European Cup in Trail Orienteering 2016.

With six timed stations of four tasks each, the TempO stage had in the Italian Remo Madella (Vivaio Ori) the big winner with a total of 205 seconds. Madella did no mistakes throughout the race, compensating a relative lack of speed with a remarkable accuracy. With an average of nearly two seconds faster than Madella in the course's 24 tasks, the Swedish Lennart Wahlgren (Rehns BK) turned out to get a 60 second penalty, equivalent to two incorrect answers, finishing 13 seconds after Madella. In the third position, with 21 more seconds than the winner, stayed the Norwegian Martin Jullum (Halden SK), penalized in 30 seconds due to a wrong answer.

In the PreO competition, Jullum didn't give any chances to his opponents, being the most accurate and also faster in the two-stage race. With 21 points out of 23 and the incredible time of 10 seconds in the three-task timed station, Jullum ended the first day in the lead, having behind him the Slovak Ján Furucz (Farmaceut Bratislava), the British Charles Bromley Gardner (BAOC) and the Czech Libor Forst (VŠSK MFF UK Praha), with the same points but weaker performances on the timed station. On the second day Jullum was, once again, the most accurate, being the only competitor to reach 22 points, again with two wrong answers. The Norwegian Sigurd Dæhli (Løten OL), the Ukrainian Mykola Opanasenko (OSK Prolisok), Ján Furucz and Remo Madella finished by this order in the following positions, with less one point. The conversion in seconds of the results achieved in the two PreO stages and the resulting sum of the times of the three stages, showed Martin Jullum as the big winner in the Open Class of Falco Cup 2016 with 486 seconds, less 194 seconds than Madella and less 254 than Dæhli, second and third placed, respectively.

As Jullum, the Ukrainian Vladislav Vovk (Ukraina) won also two of the three stages and was the winner of Falco Cup 2016 in the Paralympic class. Current PreO World Champion, Vovk opened the competition in the best way with the fastest time among the 25 competitors in the TempO stage. The Lithuanian Laima Lažinskiene (Kaunas RSK) won the first stage of PreO with two points more than Vovk, but the Ukrainian rectified in the final stage of the program, winning with a point ahead of the Latvian Guntis Jakubovskis and three points on Lažinskiene. Overall, Vovk was the big winner with a total of 1456 seconds, against 1639 seconds from Jakubovskis, second, and 1841 seconds from Laima Lažinskiene, who finished third.

Final note for the TrailO Relay, held last Friday and attended by 23 teams. Three teams finished with a total of 29 points, with the Norwegians Sigurd Dæhli, Geir Myhr Øien and Martin Jullum to be faster in the timed controls and taking the victory. The second place went to a mixed team composed by the Japanese Noritoshi Matsuhashi and the Swedish Ola Wiksell and Martin Fredholm, while the third position went to Ukraine with Mykola Opanasenko, Anton Puhovkin and Vitaliy Kyrychenko.