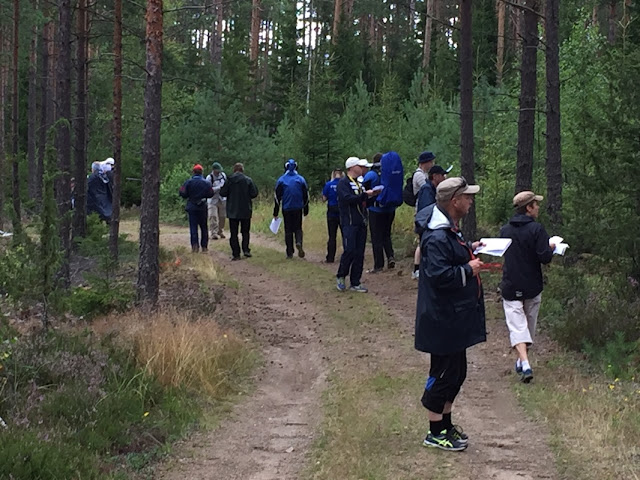 Martti Inkinen and Antti Rusanen are the new National Champions of Finland of PreO and TempO, respectively. Intense and exciting, the event was an excellent “get ready” for the World Championships to be held in Strömstad, Sweden, within two weeks.

Located 200 km northwest of the capital, Helsinki, the city of Kokemäki hosted the Finnish Trail Orienteering Championships 2016. With courses designed by Ari Uotila and having Jari Turto as Event Advisor, the event was held in PreO and TempO, having the participation of 52 competitors. In this set, it was possible to see eight out of the nine athletes who will represent Finland in the next World TrailO Orienteering Championships 2016 - Lauri Mäkinen was the exception -, and that had here a fantastic occasion to increase their competitive pace and working on the last details.

With the first 19 athletes separated by just one point, the PreO course was particularly balanced, dragging the uncertainty about the winner until the last control. Martti Inkinen (Rajamäen Rykmentti), Antti Rusanen (Keravan Urheilijat), Veli-Matti Rintala (MS Parma) and Vesa Mäkinen (Angelniemen Ankkuri) answered correctly to the 33 tasks, with the timed controls being crucial at the moment to find the winner. Faster and more accurate, Inkinen finally call himself the victory, following Jari Turto in the Finnish PreO’s Book of Honour. With seven seconds more than the winner, Antti Rusanen reached the second position, leaving the third place to Veli-Matti Rintala, 16 seconds after Inkinen.


Rusanen’s revenge
TempO World Champion currently, Rusanen had in the TempO competition the great opportunity to reach the top of the podium and to avenge the second position achieved in the PreO race. Petteri Suominen (Helsingin Poliisi-Voimailijat) was the most accurate in the first series of seven timed stations, answering correctly to all the 35 tasks. On the other hand, Sami Hyvönen (RastiPielinen) was the fastest, with 168 seconds, but with three wrong answers and the correspondent 90 second penalty. And because the TempO lives of the balance between speed and accuracy, Rusanen eventually follow ahead to the final, with an advantage of 21 seconds over Suominen and 49 seconds on Hyvönen.

Offering a set of ten challenges, the final two timed stations were played by the sixteen best competitors and brought as a novelty Pinja Mäkinen’s third position, changing places with Hyvönen. Although 42 seconds slower than her direct opponent in the final tasks, Mäkinen took profit from Hyvönen’s two wrong answers to go ahead and reach the bronze with a 12 second advantage. Rusanen and Suominen missed one task each, eventually remaining the relative difference between the two athletes, who just finished first and second, respectively. Defending in Kokemäki his title of National Champion, Risto Vainio (Kouvolan Suunnistajat) was far below the expectations, finishing in the 27th position. Also the vice champion in 2015 and PreO champion 2016, Martti Inkinen, was far from what he is able to do, finishing in the 10th position. 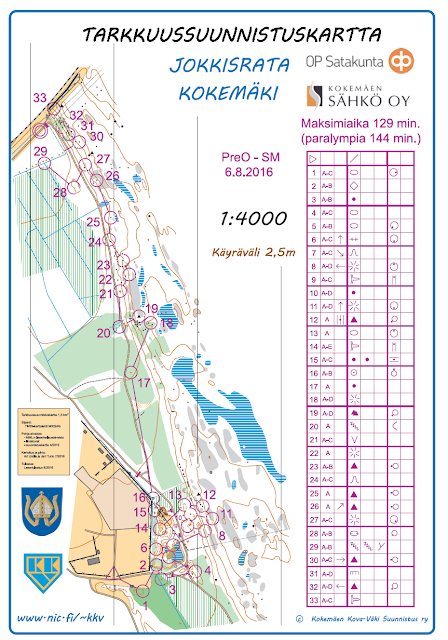 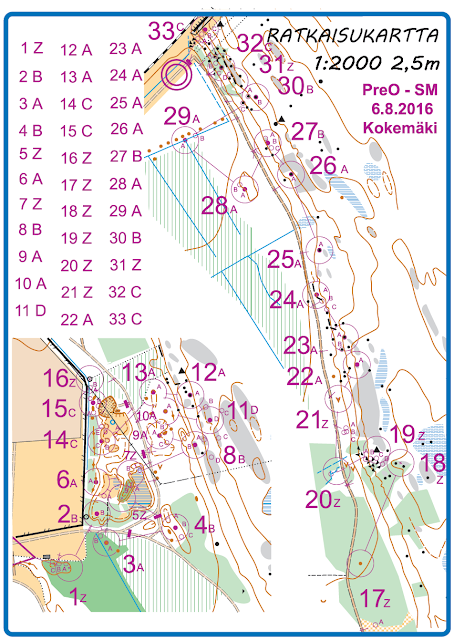 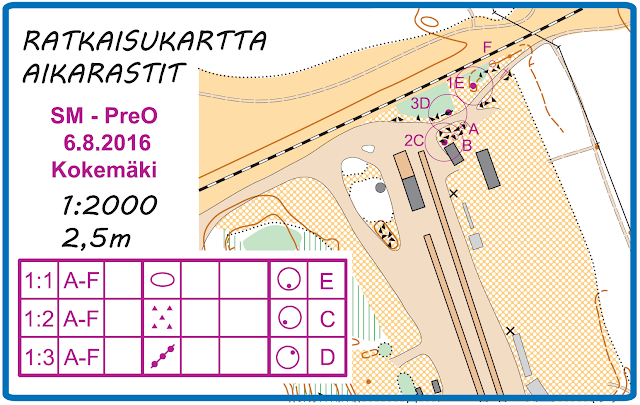 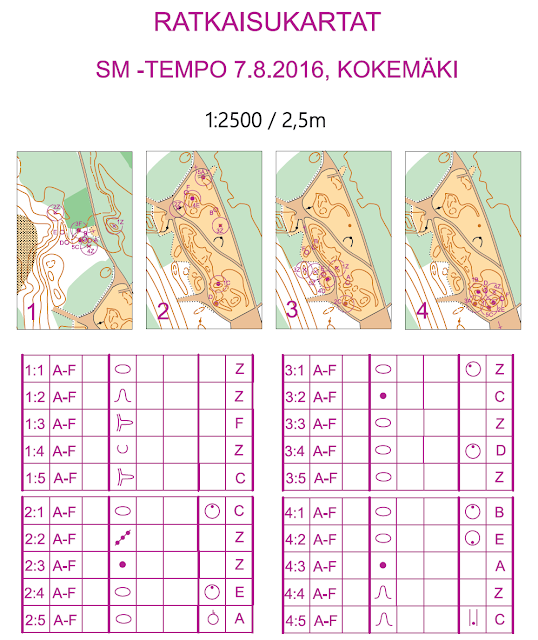 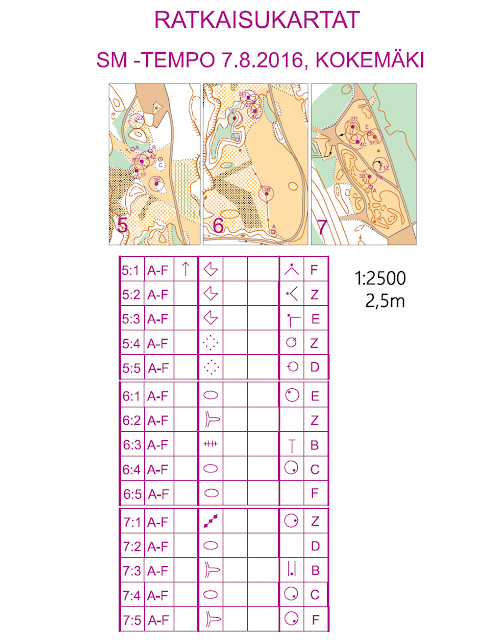 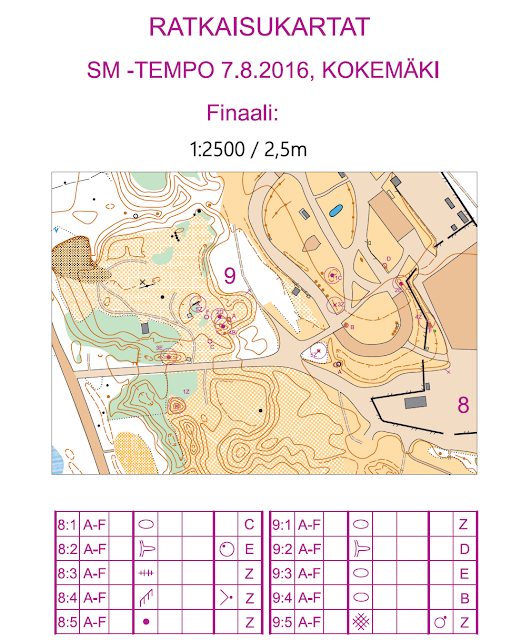 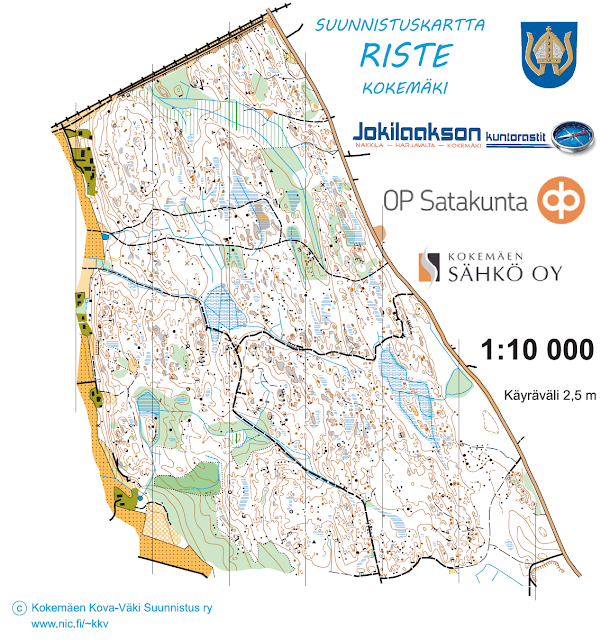 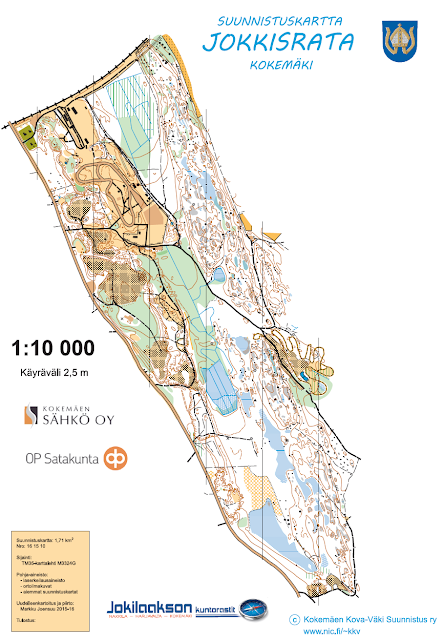 Complete results, all maps, some photos and further information at http://www.trailo.fi/sm-2016/.

Posted by Joaquim Margarido at 5:33 pm