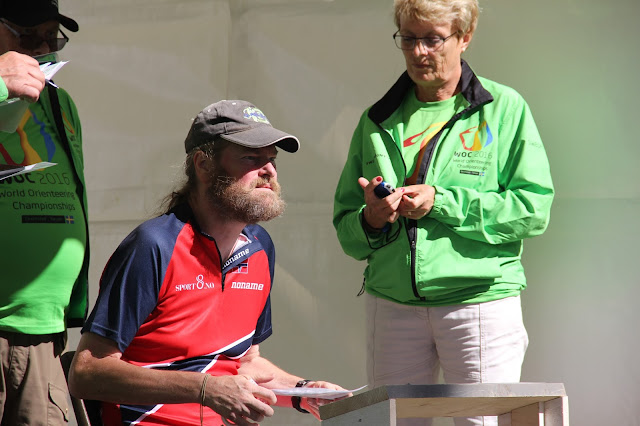 When Lars Jakob Waaler left Trondheim towards Strömstad, his goal was clear. After thirteen presences in many WTOC editions, he wanted a medal. But he didn't expect a gold one. “No I didn't”, he said with a smile, adding: “Not even when I finished my course today, because I made three mistakes. I said to myself that they would have been too many.” As it turns out, Lars was wrong.

Talking about his course, Lars was expecting “constant changes in the type of tasks and different terrains from station to station”, as it happened. The reason is because “last year, in the Pre-WTOC, it was the same, and I've been in some of Bosse Sandström's events and I know he likes different tasks and different stations. I can say that I was prepared for what happened.”

Now, with the gold on his chest, the feeling is great. “Finally, after thirteen World Championships, I feel great!” And it seems that he's also ready for the next challenge and for the gold in the PreO competition: “I'll certainly fight for the gold again. It will be a different race, lots of competitors will want the same, but I'm one of them and I can do well too.”

The last words are dedicated to his family, who supported him throughout his career, “especially for my father who introduced me to Orienteering and still helps me with the trips, he travels with me... of course, he's part of the medal.”

Posted by Joaquim Margarido at 6:13 pm