Anastasia Denisova: "It is hard to say what this result means to me, but it definitely inspires me a lot" 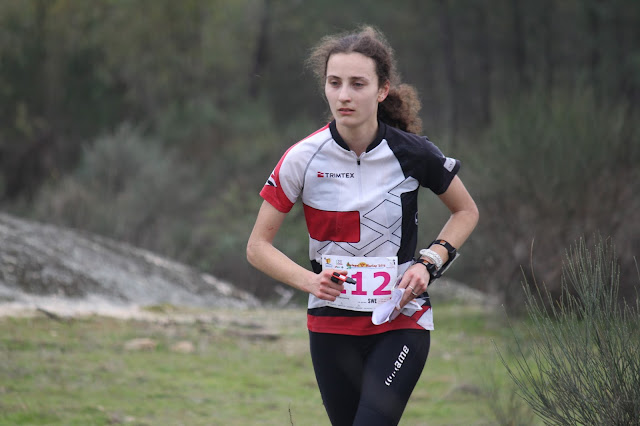 The 20th August will be forever engraved as one of the most beautiful pages of Belarusian Orienteering's history. In the first final of the World Orienteering Championships WOC 2016, Anastasia Denisova finished her Sprint race in the third position, offering to her country the first medal ever. A gift of a young woman to the young Orienteering of a young nation - in five days would celebrate 25 years of national independence –, brought here in the first person.


Was it your goal, a medal in Strömstad? How does it happen?

Anastasia Denisova (A. D.) – That’s a straight forward question. I think many athletes have the goal of taking a medal and I'm not an exception. I hadn't got any specific ambition to do it this year, I was more focused on my performance, trying to do my race as perfect as possible and then to see what would it result in. I'm happy I had a lot of help along the way without which I think I wouldn't be able to get there. First of all, I had a lot of support from my Swedish club Sävedalens AIK for which I've been running since 2012. About a year ago, me and my boyfriend (he's my coach at the same time) had the opportunity to move to Gothenburg, that also played a big role in my preparation. Of course, my parents and my previous coaches helped me very much with this achievement.

Can you remember the precise moment when you knew, finally, your result? What did you feel?

A. D. - Of course, that was amazing! When I came to the finish, I just knew I was the current leader, but I also knew there were eleven good runners starting after me. After Maja's golden finish, my teammates showed me from the crowd that I'll probably be the third placed. I realized that was the moment I'd been dreaming about and it became true, and also all my struggle during this season wasn't for nothing, that payed off. Of course, that's also something special to be first in something)))). That's why these feelings were even stronger.

When and how did you celebrate this amazing result?

A. D. - It was raining hard after the sprint so it has postponed the celebration a bit, but me and my boyfriend had some small dinner and cake after the event.

I would ask you to go back a few years, telling us how did you meet Orienteering? Was it love at first sight?

A. D. - My parents are both orienteers so, frankly speaking, I didn't had a choice (laughs). At first, I really didn't like it. I was really afraid of being alone in the forest. Actually I was dreaming about being a biathlon athlete. Anyway, I was following my parents to a lot of competitions where I met a lot of friends, which eventually kept me in orienteering.

A. D. - I really enjoy the process itself and I love to travel. It's never the same. It can't be boring. I think this makes it so special.

Is your life just Orienteering?

A. D. - Orienteering is not the only thing in my life. I have a Master degree in Economics and I just started another Master study in the University of Gothenburg. Besides orienteering I also compete in ARDF and track and field competitions. I am also learning Swedish, but it's going tough because of the other commitments.

How did you prepare the WOC campaign?

A. D. - Already in late fall 2015, together with my coach, we made a plan for competing at WOC. I had a quite good winter with a training camp in Portugal. For the spring the plan was to compete in Swedish league and go to the European Orienteering Championships. The first two stages at the Swedish league went quite well, but than I got injured which kept me away from EOC and running for almost two months. In early June I resumed the training and could slowly build my shape up towards the WOC. After the injury, together with my coach, we planned to concentrate on the Sprint as much as we could. It didn't mean that we didn't plan any forest training, but the main goal was the Sprint event. Before WOC I tested my shape only once at the Norwegian selection races where I became 4th with one month to go.

What were you waiting for when you arrived in Strömstad? Did you have some specific goals in your mind?

A. D. - At that moment I didn't compete a lot in IOF events, but I had some good results in some other competitions, so I was sure I was able to perform really good but I couldn't predict my final place in the WOC result list. I am truly happy that I could succeed!

Would you like to tell us about your WOC week?

A. D. - I was very nervous the last days before the competition. The closer it came the more nervous I was. After qualifiers I became even more nervous until I started my warming up before the final. Seeing other runners doing their warming up routines made me somehow calm and very concentrated. I knew exactly what had to be done. The rest of the week I ran without any pressure and just enjoying the moment. There is, of course, much more to say about the details of the Middle and Long races, but the most important is that I did what I simply could do. I’m really happy with those results.

How do you evaluate the WOC overall?

A. D. - It was an absolutely amazing experience. To run like that at my first WOC was truly something. I think I won't ever forget this feeling. I wish every athlete could share those emotions. I also was really happy to meet so many nice people during this Championships and I'm really proud to be part of this awesome community.

If I asked you to name the WOC's best achievement, what would it be?

A. D. - I'm very impressed and happy for Natalia Gemperle. She did a fantastic week, winning three medals. She seemed calm and very confident in what she was doing. I really enjoyed watching her.

What this result means to you?

A. D. - It is hard to say what this result means to me, but it definitely inspires me a lot.

How important can your medal be for Orienteering in Belarus?

A. D. - I'm not living in Belarus now, so I don't really know what's happening there after WOC. I really hope it's important and, first of all, an inspiration for our youth orienteers. Of course, it would be great to get some attention and support from the government, but we can only hope for that. As for now, we don't have much of economic support. We need to pay our entry fees, travel and living expenses during the competitions. To have this money you need to work or have sponsors. If you work, you have less time and energy for training and then you spend almost all your money on orienteering. That's obviously not the best example for children. I must say, not many parents want such a future for their kids, that's why they are trying to involve them in some other sports.

This year Belarusian Orienteering Federation decided to support the national team with almost half of the entry fees. I guess, my medal showed that was a right decision and probably it can become at least a little bit easier for them now to get some money from the government or sponsorship.

A. D. - Obviously it was pretty hard to get from junior level to senior elite level. It might be a little bit easier than for the male runners, but still it requires a lot of training. I could say that it took me three years to develop.

What's your advice to those boys and girls who are in the “turning point”, next to face the Elite level?

A. D. - My main advice would be to be patient, not increase training volume too much and too soon and to be effective with the time spent for training.

A. D. - My dream is to have a big house at a lake and two children. I also want to become a good specialist in financial economics, but if we are talking about my sport career, of course, I would like to develop my speed together with orienteering skills and, eventually, I think, this strategy would lead me to some more good results.