World Cup 2016: Victories of Leandersson and Wyder in the Sprint, Kyburz and Alexandersson got the winning overall 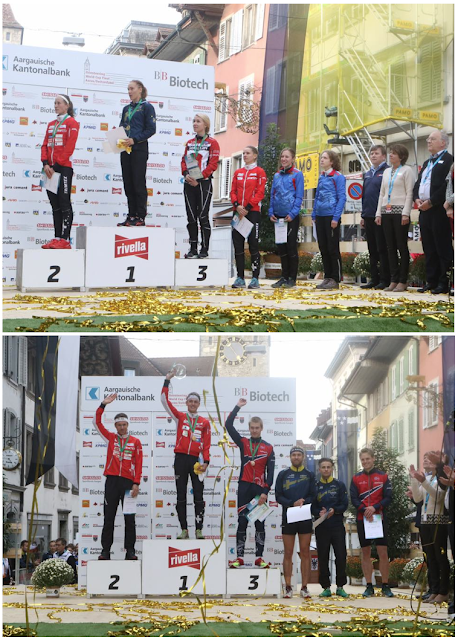 With victories in the Sprint of Jonas Leandersson and Judith Wyder, came to the end the 2016 World Cup in Orienteering. Matthias Kyburz and Tove Alexandersson ensured the overall victory.


The heart of Aarau hosted, in early afternoon, the last stage of 2016 World Cup in Orienteering. The Sprint race had the participation of 37 male athletes and 38 female in the main Final, being marked, among other reasons, by the farewell to the high competition of the Swiss Baptiste Rollier. The men's race had in the Swiss Florian Howald's leadership its first great moments. Keen to take the risk to the last consequences, the Swiss ended up doing some route choices that proved to be less profitable and when, in the 9th control, the Swedish Jonas Leandersson took over the leadership, the situation wouldn't change till the end. Leandersson reached an excellent 20-second victory, finishing the season in the best way, “avenging” the 5th place in the Sprint Final of the World Championships, which took place in his home country. The second place went to the Swiss Matthias Kyburz, who had, the day before, secured his third triumph in the World Cup overall (after having previously won in 2012 and 2013). The third place fell to another Swiss, Martin Hubmann, 24 seconds after the winner.

Judith Wyder, Switzerland, was the great figure of this final round of the World Cup 2016. After the victories in the two first stages, Wyder returned to shine at the highest level, beating convincingly her most direct opponents in today's Sprint. It was an undisputed victory, started to build immediately after the start and founded on the best options along the course. Preceding Wyder at the start, the bi-champion of the World in Sprint, Maja Alm, Denmark, would spend 15:08, setting the fastest time so far. But the lead didn't last 30 seconds, as Wyder would record a final time of 14:37, before the applause and incitement of her public. At a time when the first place was no longer in question, the doubt was if the Swedish Tove Alexandersson would be able to reach the second place. But a small hesitation in the very last control determined her final third place, one second behind Maja Alm. After all, this result didn't constrain Alexandersson's leadership in the 2016 World Cup in Orienteering, whose conquest she gets for the third year in a row. 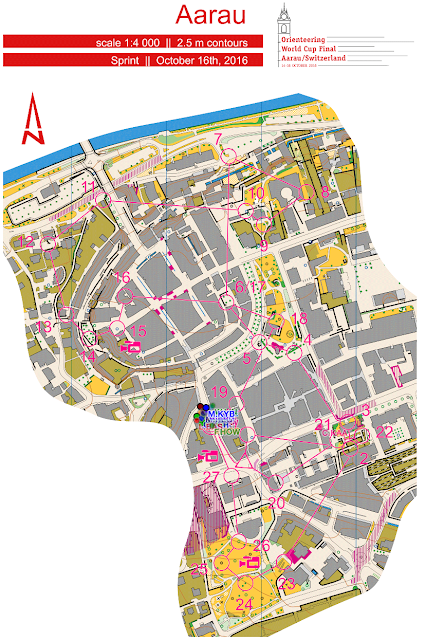 Posted by Joaquim Margarido at 4:45 pm