MTBO Portugal: Ferreira and Pontes got the gold in the Absolute Champs 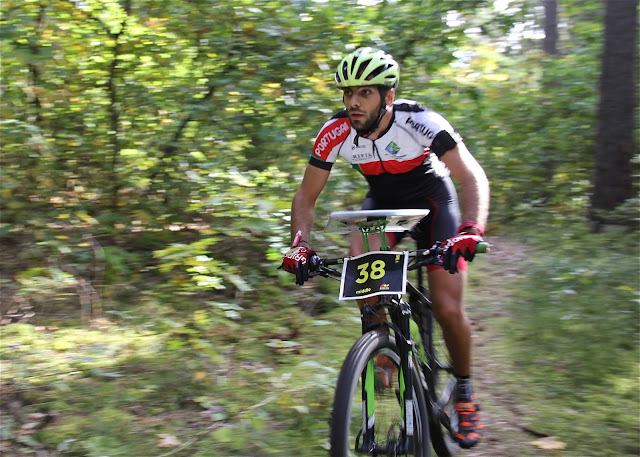 With victories of João Ferreira and Susana Pontes in the Absolute Championships, came to an end the MTB orienteering season in Portugal. The event took place last weekend in Idanha-a-Nova and was attended by a little more than eight dozen participants.


Venue of the European MTB Orienteering Championships in 2015, the Municipality of Idanha-a-Nova hosted, last weekend, the National Absolute Championships in MTB Orienteering, the last competition of the year. The long and exhausting season, combined to the distance from Idanha-a-Nova to the coastline - where concentrates the bulk of the Portuguese population - has meant that the participants in the event were not beyond the 81, the lowest number of the season. What is a pity, not only because it penalizes any organization and the MTB Orienteering in general, but, above all, because of the waste of a fantastic journey in some of the best terrains for the discipline in Portugal.

Joining, in one race, athletes from most of the competition classes, the National Absolute Championships had, on Saturday, the qualification stage, allowing to find, according to a specific formula, 33 male and 9 female athletes to compete in the big Final. Just one note to the absence of Davide Machado (.COM), the big winner in 2015, here forgoing to defend his title for professional reasons. The Men's final was marked by the balance, with the top five separated for less than three minutes in the finish. Crowning his best season ever, João Ferreira (CA Bairrada) was the winner with a time of 52:32 and an advantage of 22 seconds over Daniel Marques (COC). For the first time in the history of this competition, an athlete of a lower age group got a place on the podium. The author of the achievement was the junior Duarte Lourenço (BTT Loulé /BPI), third placed with more 1:02 than the winner. João Ferreira also won the Portuguese Cup in MTB Orienteering 2016, a feat that happens for the first time in his career.

In the Women's competition, the “eternal” Susana Pontes (COC) reached the Absolute title for the sixth time in as many editions, beating her great adversary of the season, Ana Filipa Silva (CPOC). Both fought hard for the victory, but the consistency and more experience of Pontes would eventually be decisive for a victory in 53:39 against 53:53 of Silva. With the time of 56:15, the juvenile Marisa Costa (COA) closed a podium that is a faithful copy of that reported in 2015. It should also be noted that Susana Pontes's triumph works, somehow, as a small compensation of a season when she saw escape the Portuguese Cup overall to Ana Filipa Silva, after thirteen amazing years in a row in its possession.