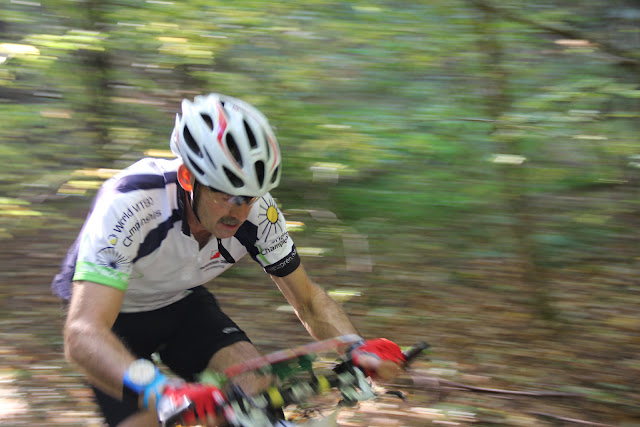 
Alongside the World Cup competitions for the Elite, the fight for the best places and the ups and downs in the standings, the Lithuanian event was a big party for the Masters too. 231 competitors from 24 countries rode for the world titles in Sprint, Middle Distance and Long Distance in 12 different classes.

With a strong field of 36 competitors, Finland had the biggest team of all and the one that achieved the largest number of medals. In total the Finns won 11 gold, 3 silver and 7 bronze medals, with Mika Hakkinen (M40) and Heikki Saarinen (M65) taking all three titles. The second largest participation was from the ‘home team’, and it was a Lithuanian athlete who was the only one to take all the titles in the women’s competition: Ruta Staneviciene was unbeatable in the W60 class. Looking at the medals board, Sweden was the second-best team with seven gold, six silver and seven bronze medals, whilst Hungary got the same number of gold medals as Lithuania, but also three silver and one bronze. Overall, 17 countries were able to get at least one medal, with Turkey being a wonderful surprise thanks to the third place of Nermin Fenmen (W60) in the Sprint.

A special note about the tightest victory along the three days of competition: it was in the Sprint, with the Spaniard Monica Aguilera winning the W40 title by 8 seconds over the Hungarian Anna Fuzy. With a difference of 9 seconds, the Swede Jonny Engel beat the Russian Igor Bondarenko in the fight for the Middle Distance title in the M45 class. But the most impressive fight was in the W70 class in the Long Distance, with the Finn Tuula Ohramaa registering 1:24:25 against 1:24:36 from her one opponent, the Dane Ellis Sommer Byrgiel. 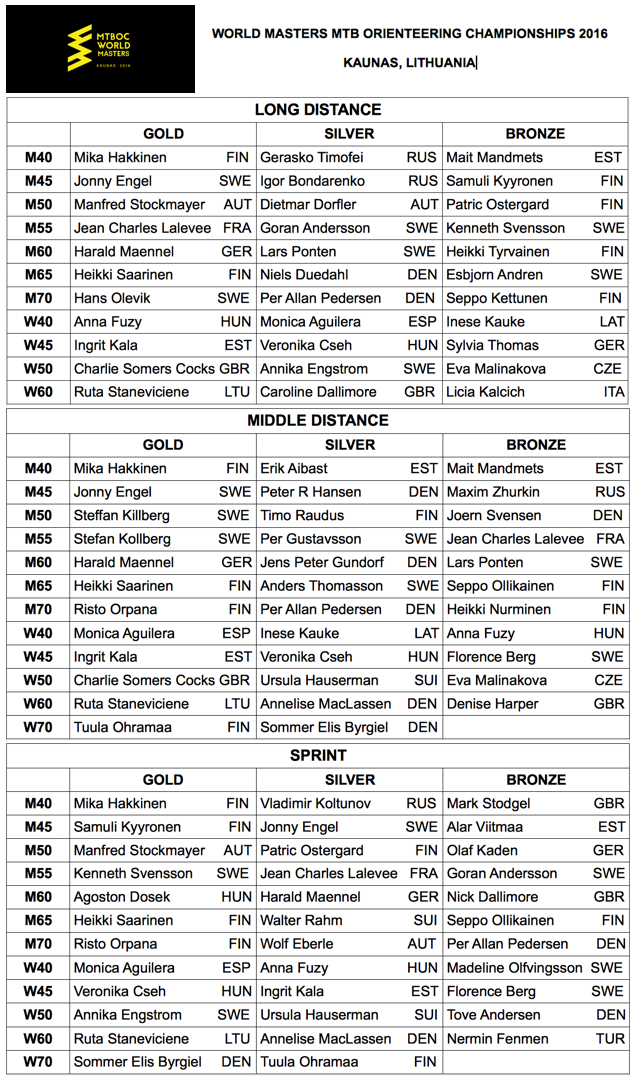 Posted by Joaquim Margarido at 8:26 pm