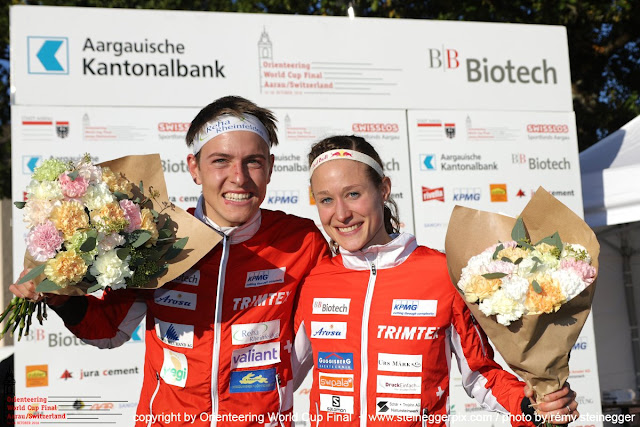 “Playing home”, the Swiss athletes continue to demonstrate an enviable power, getting triumphs behind triumphs. After yesterday victory in the Sprint Relay, today it was the turn of Matthias Kyburz and Judith Wyder winning the Long Distance. With these triumphs, Kyburz recovers a title achieved in 2012 and 2013, while Wyder puts some pressure on Tove Alexandersson, postponing the final decision for the last day.


The Roggenhausen map, in Neue Kantonsschule Aaurau, Switzerland, hold the World Cup Final in Orienteering 2016's second stage. Quite demanding from a physical point of view, the first part of the Long Distance course turned out to be decisive for the final standings. Revealing a better condition than his opponents, the Swiss Matthias Kyburz reached, from the beginning, an advantage that would prove to be valuable, considering a less good performance in the final controls. During the first part, it worth highlighting the Austrian Gernot Kerschbaumer, who stayed practically glued to Kyburz for several controls. In the final part of the competition, particularly in the technical loop that preceded the last four controls, it was possible to see Kyburz and Kerschbaumer loosing seconds after the seconds, with Lundanes approaching to the front and to threaten the Swiss' leadership. In the end, Kyburz would record the time of 1:24:47, reaching his fifth victory of the season in scoring stages for the World Cup, whose overall winning just to ensured today. The three immediate places were occupied by Norwegian athletes, with Lundanes finishing 21 seconds after Kyburz, Carl Godager Kaas at 02:02 and Magne Dæhli at 03:19 from the winner. The second best Swiss athlete, Florian Howald, would occupy the 11th place, while Daniel Hubmann, current leader of the IOF World Ranking, had a mishap in the middle of his race, being forced to abandon.

The women's race was well balanced in the initial phase, with the Swiss Judith Wyder and the Swedish Tove Alexandersson confirming their favoritism and leading alternately the course, with only a few seconds of difference between them. It was on the way to the 6th control that Wyder made a big mistake, allowing the Swedish to take a clear leadership. Further ahead, however, in the very technical 10th control, Alexandersson would waste the precious advantage, giving the lead to the Swiss. From that moment, Wyder didn't lose anymore the command of the operations, while some less fortunate options of Alexandersson in the immediate controls ended by making another Swiss athlete, Sabine Hauswirth, to reach the second position. In the second half of the race the places didn't change and Judith Wyder eventually got her third victory of the season in a stage scoring for the World Cup 2016. A triumph of Wyder in the last race, tomorrow, can still means an overall victory in the World Cup, but, even though, she'll have to wait Tove Alexandersson finishing 15th or even worse, which is quite improbable. 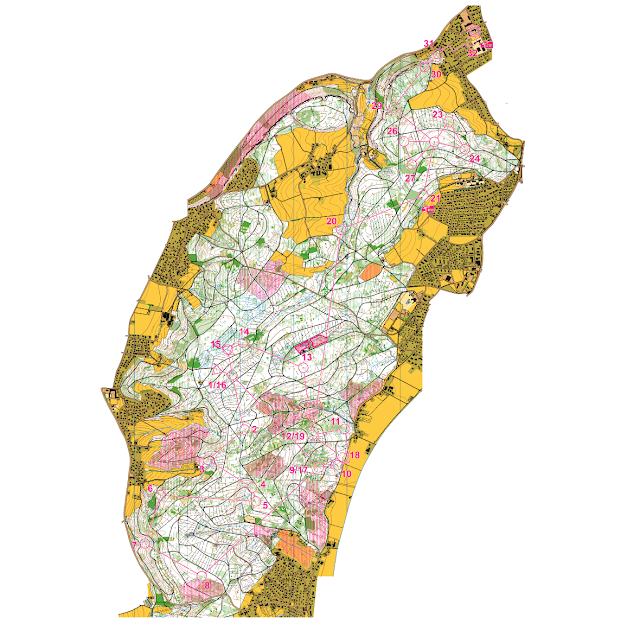 Posted by Joaquim Margarido at 5:15 pm