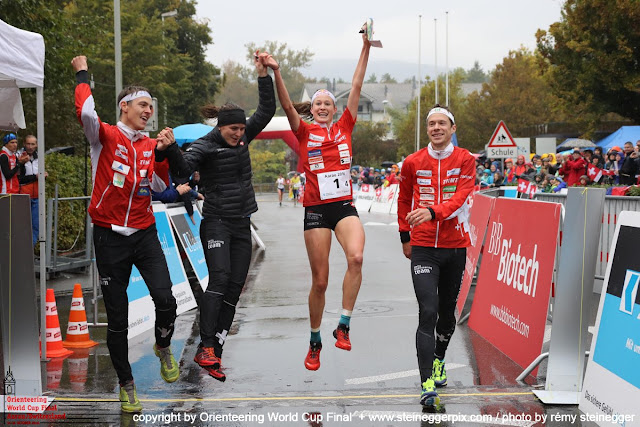 
The Orienteering season is coming to an end and the city of Aarau, in northern Switzerland, receives over the weekend the final round of the World Cup 2016. With 155 competitors from 20 different nations entered (83 Men and 72 Women), the event's program opened with a Sprint Relay, providing also a Long Distance stage, tomorrow, and even a Sprint stage, the last big race of the season, next Sunday. The present day was, then, dedicated to the collective race, with the presence of 24 teams.

The command along the race belonged mostly to Sweden, with Lina Strand to be the fastest in the first leg and, later, with Jonas Leandersson reaching also the best time in the third leg. A sensational second leg of the Swiss Matthias Kyburz made that the gap between Swiss and Swedes wasn't too wide at the the entrance for the last leg, where the advantage of Helena Jansson over Judith Wyder was of eight seconds. The truth is that Wyder proved unshakeable before her most direct opponents, beating all the concurrence by a wide margin and giving to Switzerland a particularly tasty victory with the final time of 56:08. Spending 39 seconds more than the winner, Helena Jansson was able to hold the second position to Sweden, while the world bi-champion of Sprint, Maja Alm, achieved the second best time in the decisive leg, making Denmark to recover four places in the standings and reach the bronze medal.

With this race, the Sprint Relay World Cup in Orienteering met the season's winner. With a win, a second and a third place recorded in the previous rounds, Switzerland and Denmark reached the final stage tied, whereby the Swiss victory also meant the triumph in the overall competition with a total of 280 points. Denmark finished second with 240 points, while Sweden ended in the third place with 220 points. 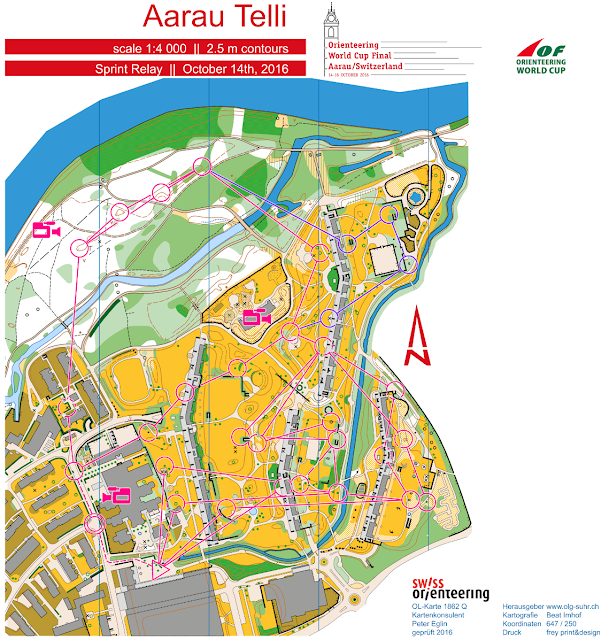 Posted by Joaquim Margarido at 6:31 pm