Marisa Costa: "First the effort, then the reward" 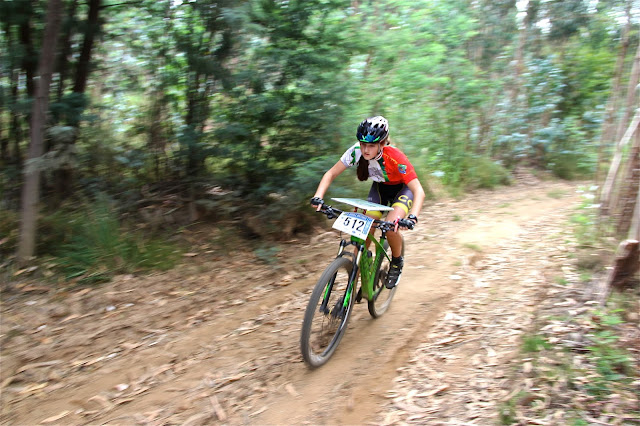 She is one of the youngest personalities ever to step on the Portuguese Orienteering Blog's stage, but her quality as athlete, grounded in the results recently achieved, justifies her presence between us, today. Please, listen carefully to Marisa Costa, 15 years old, a great talent and with much to say.


“My club helped me interacting with the sport, but my father awakened in me the interest by MTB Orienteering, providing me with the necessary bases to get involved with this discipline”, started by saying Marisa Costa, today's guest of the Portuguese Orienteering Blog. “Having fun with friends, practising sports and spending time with the family” are three of the aspects that Marisa mostly values when it comes to spend some time rest, those who is left out of what is above everything, that is, her studies, in the city where she lives, Tomar.

Since she was a little girl, Marisa feels a huge attraction for maps and compasses. And why not to put into practise everything she have been learning, becoming an athlete, could be the question she asked herself and which she carried forward. MTB orienteering was the starting point, hand in hand with Foot Orienteering. “Both emerged simultaneously, although most of the training sessions are focused on FootO, trying to improve my technique”, says Marisa, for whom “MTB orienteering is a special discipline, a huge family where, despite the competition, there's a fantastic union among all.”


“It's important to have someone as a reference”

Demanding discipline, MTB Orienteering requires a good physical condition and a high ability on reading and interpreting maps, all in a two-wheel context and with the added factor of speed. To be able to manage all tasks, Marisa dedicates herself to improving her skills, which seems to be the ideal complement to the daily routine: “Training is what I love most”, she says.

- What is the best advice you have been given so far?

“The most important thing isn't to win but to know that you gave everything you had to give and never gave up, looking forward what brought you there, the passion for sport. This was, so far, the best advice I've been given, which was conveyed by the great Susana Pontes, an athlete that I respect, not only for the titles she won, for the time she dedicated to the sport and for the advices she has been given along my journey, but also for the humble and honest person she is. I think it's important to have someone as a reference, and Susana is for me a source of great inspiration and a model to follow.”

Nevertheless, the number of athletes present in the events continues to decline in Portugal and there seems to be something missing in order to reverse this fact. Marisa Costa comments in an introspective way: “In my opinion, it's us, the athletes, that have to worry about the future of the sport and make an even greater effort to call the attention of new practitioners”, she says. From the young athlete's perspective, “the basis for attracting new athletes must be a commitment of the Federation and the Clubs, but especially of the athletes, who have the duty to introduce the sport on to others. It will be easier for someone to be attracted by MTB Orienteering if they have as reference an athlete, someone who knows this discipline and more easily explains all its beauty.”


“I still have a lot to learn”

Recently, Portugal hosted two major international MTB Orienteering events, hosting the European Youth MTB Orienteering Championships in 2015 and 2016. Marisa evaluates the importance of these events in her growth as an athlete: “My evolution was notorious. I know I still have a lot to learn, but maybe because I was better prepared, both physically and psychologically, I learned to deal with situations and to take the most of it. These were experiences that helped me to interact with athletes from abroad, which can be seen as an important part of my learning and growing as an athlete. On the other hand, I feel that they were very well organized events, leaving an excellent impression on those who visited us”, she says.

“Without taking any importance to all other moments, I would choose the EYMTBOC 2016 Middle Distance race in Bairrada because it was there that I achieved my first international goal, a hard-working 6th place.”

The new season is about to atart and the physical training and the reading and analysis of the maps are a constant of the day to day. The commitment is great and the goals for 2017 seem to be perfectly established: “In my opinion, an athlete who wants to reach good results should set real goals and make the best to fulfil them. This year, I wish to focus on the European Championships, which will take place in France, and in the qualification for the World Championships, in Lithuania. I don't set particular results, but goals. First the effort, then the reward. I'm sure that, with my work, I'll bear the fruits in the end”, she says ambitiously.

And it's with ambition, but especially with her feet firmly on the ground, that Marisa Costa looks to the future when faced with what she might be in five years from now: “Well, that's a question difficult to answer, because I'm not able to do such projects in the long term for my life. But I'll certainly be fighting for my goals, both in sports and at an academic level”, she concludes.