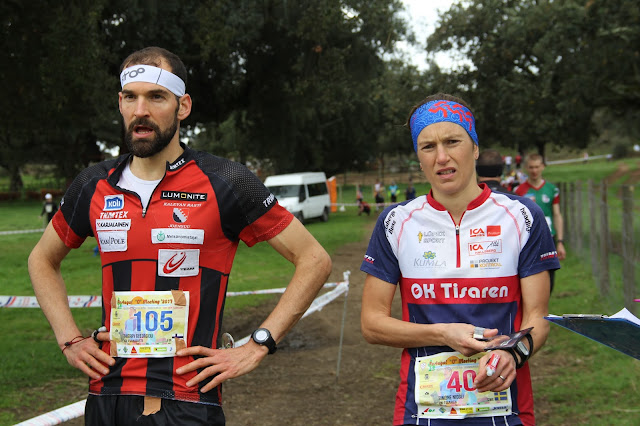 Thierry Gueorgiou and Simone Niggli were the great winners of the Portugal O 'Meeting 2017. Repeating the achievements of previous years - it was Niggli's seventh victory in the Portuguese competition against six wins of Gueorgiou - both showed an enviable technical condition and the reason of being the best world orienteers ever.


Portugal O 'Meeting 2017 has come to an end. Fulfilling its 22nd edition, the biggest world event of the Winter calendar took place in Alter do Chão, Crato and Portalegre, stretching over four intense and exhausting days. Anchored in the good graces of a wonderful weather, ideal for the practise of Orienteering, the organisers – Grupo Desportivo dos Quatro Caminhos - did a remarkable job, offering maps and courses highly challenging, both physically and technically, meeting the expectations of more than 2,300 participants from 36 countries.

For the last day was reserved a Long Distance stage, in Chasing Start system, with the athletes starting according to the sum of times reached in the previous three stages. Thus, Thierry Gueorgiou (Kalevan Rasti) was the first to go into the forest, having the hard task of managing the 1:03 lead over his closest opponent, Olav Lundanes (Paimion Rasti). The truth is that Gueorgiou was able to withstand the pressure imposed by the current World Champion of Long Distance and still win 1:40 to Lundanes, being the first placed in the Men Super Elite class with the time of 1:17:18. Lundanes was second, 2:43 after the winner, while Johan Runesson finished in the third place with the time of 1:20:46, after being the fastest in the final stage. With this result, Gueorgiou reached his sixth victory at Portugal O 'Meeting.

In the Women Elite class, Simone Niggli (OK Tisaren) had a much easier task, as the advantage over Eva Jurenikova (Halden SK), the second ranked at the start for the final stage, was more than six minutes. Like Gueorgiou, Simone Niggli's race wasn't a clean one, hesitating when approaching to several controls and losing some time, but in the end the difference between both athletes would exceed the eight minutes. Simone Niggli finished with the time of 1:06:22 against 1:15:01 of Jurenikova, achieving her seventh victory in the Portugal O' Meeting. Karoliina Sundberg (Lynx) was third ranked with more 13:03 than the winner. In the Men Elite class, Rafal Podzinski (PNT) did a great race, starting for the final stage with a ten-minute advantage and finishing with a difference of 18:17 over Timon Schweizer (Individual SUI), second placed. Ken Peeters (OK Linné) got the third position with the time of 1:46:01.

Posted by Joaquim Margarido at 8:13 pm