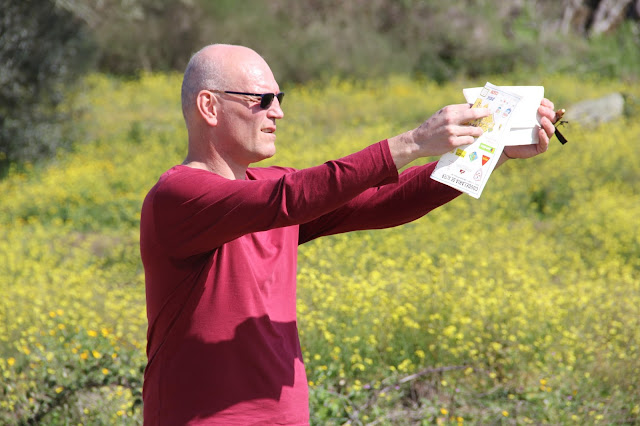 The beautiful historical spaces of Coudelaria de Alter hosted the PreO competition of the Portugal O' Meeting 2017. After twenty three funny and challenging controls, Mark Heikoop and João Pedro Valente were the big winners in the Open class with the same score. Alexandre Guedes da Silva was the fastest and more accurate in the Paralympic class.


The usual PreO competition of the Portugal O' Meeting took place today, with a 23-task course at Coudelaria de Alter. 115 competitors in the Open class and 11 in the Paralympic class faced a great course, both challenging and pleasant, with a three-task timed station in the pre-start. With two controls voided, four competitors in the Open class were able to solve successfully all the tasks, with the Dutch Mark Heikoop (Aligots) and the Portuguese João Pedro Valente (CPOC) being the fastest in the timed station with the same score, thus achieving a tasty victory. Faster than Heikoop and Valente (CPOC) in the timed controls, but with a 60-second penalty following a wrong answer, Peter Huzan (TVOC) was the third placed and the young Jorge Valente (CPOC), João Pedro Valente's son, got the fourth place.

In the Paralympic class, Alexandre Guedes da Silva (Individual POR) achieved the triumph with 20 points and a comfortable two-point lead over Ricardo Pinto (DAHP), second placed. Miguel Angel Garcia (ADOL) finished in the third position with 17 points. Just two curiosities: The 126 participants in the PreO stage is the biggest number ever registered in a TrailO competition in Portugal; and, Mark Heikoop achieved his second victory in the Portugal O' Meeting, four years after his triumph in Idanha-a-Nova. 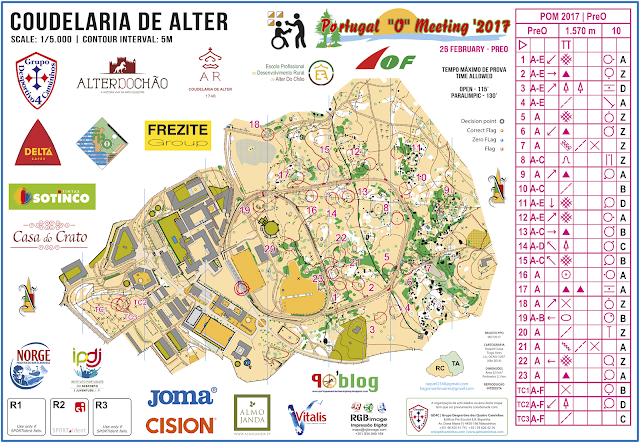 Posted by Joaquim Margarido at 11:31 pm