POM 2017: Victories in the WRE stage for Basset and Niggli 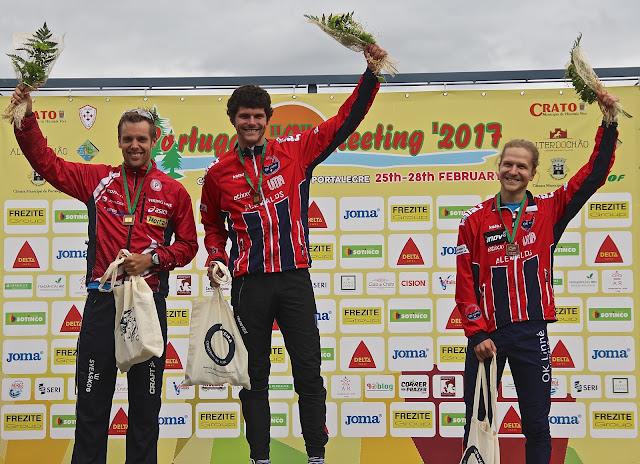 
The third and penultimate day of the competitive program of the Portugal O' Meeting 2017 was dedicated to the Middle Distance, acclaiming the winners of the Norte Alentejano O' Meeting 2017, the chosen name by the organisation to the “queen stage”, scoring for the IOF World Orienteering Ranking. Expanding for a small area at Entre-Ribeiras e Coutadas, Portalegre, the course was tough and demanding, with lots of rocky and vegetation features asking for good legs and full focus. In the Men Super Elite class, Lucas Basset (OK Linné) managed quite well the 6.8 km of his course, finishing with the time of 35:30 and getting his third victory in a World Ranking Event this season. Johan Runesson (Tampereen Pyrintö) achieved the second best time, finishing 32 seconds after the winner. Just one second after Runesson, Rassmus Andersson (OK Linné) got the third place. Forty-six seconds after Basset, Thierry Gueorgiou (Kalevan Rasti) got the fourth position, but he's still in the lead of the Portugal O' Meeting 2017 overall standings, being the first to start tomorrow for the last stage of the competitive program, the Chasing Start Long Distance.

Simone Niggli (OK Tisaren) will be the first athlete to start tomorrow for the last stage, after her second victory in a row in the Portugal O' Meeting 2017. The gazillion-time World Champion was the only athlete able to break the thirty-five-minute barrier in the Women Elite class, completing the 4.9 km of her course with the time of 34:54, 26 seconds faster than Hollie Orr (Halden SK), second placed. The very young Elin Månsson (IFK Göteborg) was a surprising third placed, spending 57 more than the winner. Lari Pernu (Essu) was an unexpected winner in the Men Elite class, with the time of 40:12. Jakob Andersson (OK Linné) and Topi Anjala (Koovee) achieved the immediate positions, with more 00:33 and 00:44 than the winner, respectively. Pedro Nogueira (ADFA) in the Men Super Elite class, João Mega Figueiredo (CN Alvito) in the Men Elite class and Mariana Moreira (CPOC) were the best Portuguese athletes in today's stage. 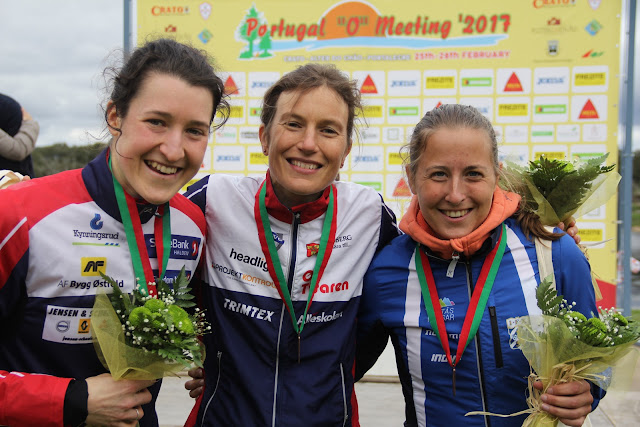 To see the complete results, please visit the event's webpage at http://pom.pt/en/.

Posted by Joaquim Margarido at 4:29 pm