Simone Niggli: "I want to win" 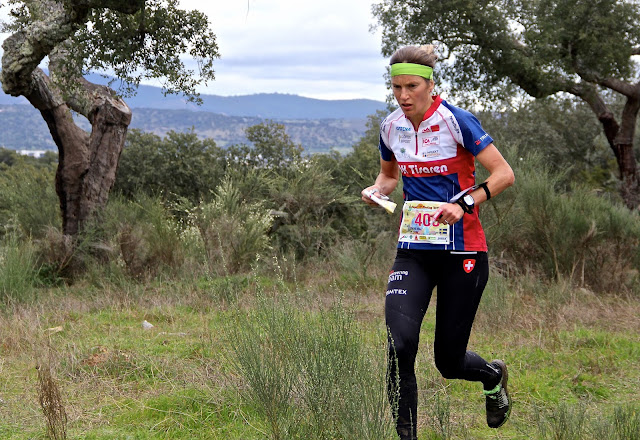 Simone Niggli achieved a great win today, in the “queen stage” of the Portugal O' Meeting 2017. Returning to Portugal after a three-year pause, Simone is in the perfect position to get her seventh victory at POM. And she's looking forward to it!

The last time you'd been to Portugal O' Meeting was three years ago, in Gouveia. Did you miss us?

Simone Niggli (S. N.) - I was just looking forward to coming to Portugal. We always know that we're going to have nice terrains, nice challenges here, at POM... Yeah, I have to say that I missed it a bit (laughs).

Even if the time was short, mainly because your commitment with the Junior World Orienteering Championships 2016's organisation...

S. N. - Yes, with the event and with my family, of course. It was more than two years of a really nice challenge, which was part of a project for me and Matthias [Niggli]. We had the big goal of making the competition as good as possible for both competitors and spectators. You're really in this organisation if you're the head organiser, so you have the perception how things are working and how much work is needed. I didn't know it before and it's really hard work, so I really appreciate also the work here, at POM.

Would you do everything the same way if you knew how hard the work can be?

S. N. - Yes, I would. We are already in the next project, which will be the organisation of next World Cup in Switzerland, in Autumn. Matthias is the head organiser and I'm the technical director.

Let's talk about the Portugal O' Meeting's three first days. Did you enjoy it?

S. N. - It's again an incredible terrain. I don't know how do you always do to find this nice places (laughs). For sure, it's very hard working to map this areas. Today's course was really good, very difficult technically and also physically. You had to be very coordinative with the stones, still it was possible to run on the stones. There was no climbing and not too much green, but it was a really demanding course.

I believe that you did a mistake in the early part of the race.

S. N. - Yes, I missed the first control even though I was taking a safe route. Then I just try to stay calm because I saw there was a lot of controls which you could miss. In fact I missed two of them afterwards, it wasn't a clean race, but... I don't think anybody could do it without some small mistakes. I just try to push hard until the end and it was great, I'm very happy.

Did you expect to win?

S. N. - No, I didn't. When I catched Ida Marie [Naess Bjoergul], I knew that my speed was good. I was expecting to come along the five best but I didn't predict a victory in this terrain, where you never know how the others run.

Could you tell me where is the secret of your youth?

S. N. - (Laughs) Well, I think it's just loving orienteering. I love this sport, I love such places like this where you would never come if you're a tourist, all the friends around here, my children running in the terrain. Well, I think it's there the secret.

About tomorrow, are we going to see you winning the Portugal O' Meeting for the seventh time?

S. N. - I don't know exactly the standings, but I think I have a good lead and, of course, I want to win. Tomorrow we'll have a Long Distance and, in this terrains, lots of things can happen. But I'm looking forward to it and I'll try to do my best.

Posted by Joaquim Margarido at 7:28 pm