Ursula Kadan: "I've decided to put a focus on Sprint" 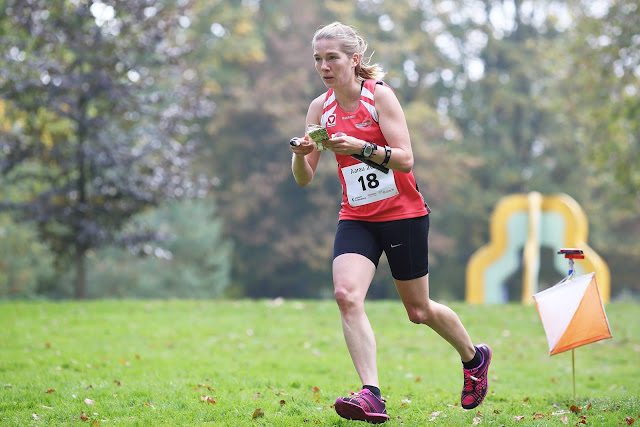 
I would start by asking you to introduce yourself: Who is Ursula Kadan?

Ursula Kadan (U. K.) - I was born in Vienna, Austria, in 1988 and grew up in Vienna and Eastern Styria (Fürstenfeld) together with two brothers and a sister. After my graduation I stayed six months in Kenya and then I went back to Vienna for studying. In 2012/13 I spent one semester abroad in Uppsala, Sweden. I completed my Master degree in Environment and Bio-Resources Management in 2015 and later that year I joined the Austrian Army to become a professional athlete. I'm living in Vienna together with my boyfriend Roland. Besides orienteering I love to cook and bake and to read. I used to be an enthusiastic musician and mountain climber, but now I rarely find the time for that, unfortunately.

How did you meet Orienteering?

U. K. - At the high school in Fürstenfeld we have these sports days at the end of the school year, where you can try out different kinds of sports. I was 12 years old when I gave orienteering a try at these sports days. And obviously I liked it, because when I came home I told to my parents: Next year I want to do orienteering!

U. K. - The combination of physical and technical/mental skills. And that it's a new challenge each and every time. I think there are not many sports where each competition is so unique.

You finished the season with a silver medal at the World Military Championships. How do you rate the 2016 season? Does the results achieved match with your expectations?

U. K. - To finish the season with that silver medal was just great, because it was a year of ups and downs. It started off with two very promising top 20 results at the first World Cup round in Poland. But then I got injured at the European Champs (cut my heel – fortunately the Achilles tendon was undamaged) and from then on I was struggling to fight my way back. I ran O-Ringen as a preparation for WOC, but it was a disaster, both physically and mentally. WOC itself was not too bad, considering the circumstances; but at the same time not what I had hoped for, with a 23rd place being my best individual result. Therefore I was really happy that I managed to finish the World Cup season with a 15th place in Switzerland. Not to forget our 7th place at the mixed sprint relay in Aarau! And to be on the podium at the Military World Champs in Brazil, of course.

How special was to compete in Brazil?

U. K. - It was quite special, indeed! I had been to South America only once (World Games 2013 in Colombia) and I knew that we had to be very open minded. It was hard to get any information about the terrain beforehand. The last training race before CISM took us to some “jungle” green areas where we had to form groups and spread out in order to find the controls. When it turned out that half of the Model Event map was just the same, I was quite discouraged. Fortunately, it was just some parts of the Middle Distance and, at the Long Distance, the girls didn't have any green at all.

Could you choose one or two truly important moments along the season?

U. K. - There was this kind of turning point after WOC when they told me that my contract with the Army would be extended for another year, even though I hadn't achieved the goal of top 20 at WOC. At that time I had already come to terms with ending my professional career, so this one year was like an unexpected gift to me. It encouraged me to dare some significant modifications in my training system, like changing my personal coach and a major dietary change. All these factors resulted in a quite successful Autumn season and I hope I can continue that way.

How do you evaluate the present moment of the Austrian Orienteering?

U. K. - This question is quite wide, but I will concentrate on “my” area, that is the work and performance of the national team. I think we are on a very good way. In 2010, when Rolf Gemperle became national coach, a process of professionalisation was initiated. Even though we've got a new national coach now, this good work was kept up. And the new coaches developed the system even further. Assistant coach Martin Binder and national coach Åke Jönsson also put a strong focus on team spirit and the results are already noticeable. I'm confident that we're just about to take the next step forward.

I would ask you a short comment on each of the following subjects: “Doping”, “Olympics” and “Prize money in Orienteering”?

U. K. - One thing I like about orienteering is that doping is not an issue, in a positive way. Of course doping could help also in orienteering, despite the big technical/mental component. But I think that we are far from this point – as long as orienteering remains as small as it is in terms of money and media coverage. And here we come to the other two subjects: If we were Olympic and had lots of prize money, this might change. Therefore, I'm always skeptical when it comes to these issues. Admittedly, it's easy for me to talk like this, being one of the few privileged persons who actually get money and insurance for doing orienteering. And of course it would be great to participate in “real” Olympic Games, instead of explaining all the time that there is this event called World Games, where Austria won a bronze medal after all...

What is the best for Orienteering: Split the WOC or not?

U. K. - Another tough question! Both alternatives have their advantages and disadvantages, both on the athletes' and organizers' side. For me as an athlete who is planning to focus on sprint, the idea of a pure sprint WOC is somehow charming, of course. And the same might apply to typical forest orienteers as Olav Lundanes. On the other hand, what about the “other” years? And I think there are very few athletes who do the whole “mixed” WOC program, so it might be okay to have a wider range of disciplines to choose from. To me, the number of athletes allowed to start at each discipline is maybe more important. The current system, where smaller countries have only two or even one slot, is not very satisfactory...

Turning the page to a new year, how is the winter season running?

U. K. - My winter training started quite late (middle of December) due to the late CISM. On New Year's Eve I fell ill, so I started into the new year with an unwanted training break. But that's good because usually I'm ill once per year maximum, so now I'm on the safe side for the rest of 2017 (laughs). Apart from that, the training has been going very well so far.

What are your projects for 2017? Are there any major goals which you're starting to work for?

U. K. - I've decided to put a focus on Sprint orienteering this year. Which doesn't mean that I won't compete in the forest, but I will concentrate on improving my physical skills such as running speed and style, mainly on hard underground. The technical aspect will deliberately be neglected a little bit until Easter – let's see how that works. My big goals this year are the sprint races at WOC in Estonia and at The World Games in Poland. And if the forest isn't as soft and deep as in Strömstad, I might also achieve some nice results in the forest disciplines.