ECTO 2017: Lipica TrailO ends with victories of Madella and Slovák 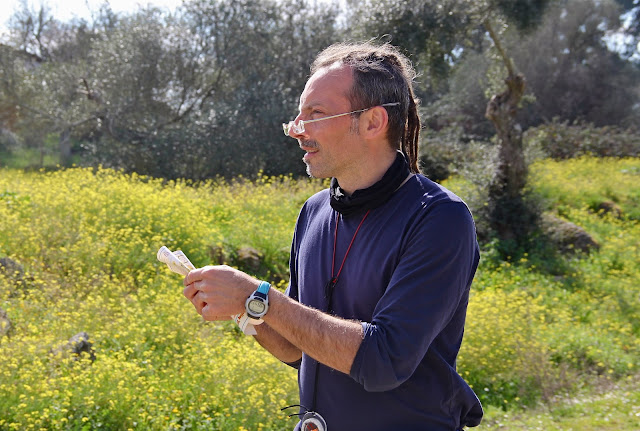 Remo Madella and Miroslav Slovák were the winners of the PreO stage that ended the Lipica TrailO 2017. After the first round, Remo Madella is the leader of the Unofficial European Cup in Trail Orienteering 2017.


With the PreO stage held this morning, the Lipica TrailO 2017 came to an end. In total there were 70 competitors who accepted the challenge of another stage of great level, with courses signed by Krešo Keresteš, in an organization of OK Trzin. The event took place on the Golf Club Lipica's terrains, offering to the Elite 28 controls and one timed station with two tasks before the start.

After a fourth place in yesterday's TempO stage, the Italian Remo Madella was today the most accurate and also the fastest, finishing in the first position with 28 points and a total of 12 seconds in the timed controls. Madella shared the first place with the Czech Miroslav Slovák, one of the great surprises of this European Cup round, having already been one of the most accurate in the TempO stage yesterday, only penalized by the relatively slow response time, which didn't allow him getting better than the 16th place. The third place went to the Paralympic World Champion of PreO, the Swedish Michael Johansson, with the same points as the winners but with two more seconds in the timed controls. Like the top three, the Swedish Kjell Larsson achieved also a clean race, but he was slower answering to the timed tasks, finishing fourth. Big names in the TrailO World, the Lithuanian Robertas Stankevic, the Czech Pavel Kurfürst, the Swedish Erik Ludkvist, the Croatian Ivica Bertol, the Slovak Ján Furucz, the Italian Michele Cera or the Latvian Janis Rukšans, finished their race with 27 points, getting a place in the top 10. Winner yesterday, the Swedish Lennart Wahlgren finished today in the 18th place with 26 points.

At the end of the first round of the World Cup, Remo Madella is in the lead with 81 points, followed by the Czech Miroslav Slovák and the Swedish Lennart Wahlgren with 62 points and 58 points, respectively. The next round of the Unofficial European Cup in Trail Orienteering will take place in Espoo, Finland, on 29th and 30th April. The FinTrailO will be organized by OK 77 and all information can be found at http://www.ok77.fi/fintrailo/.

Unnoficial European Cup in Trail Orienteering 2017
Standings after round 1

Complete results from Lipica TrailO 2017 are available at https://www.preoresultat.se/. More information can be seen on the event's webpage, at http://www.oktrzin-klub.si/sl/lipica-trailo.html.

Posted by Joaquim Margarido at 4:19 pm