Martin Kronlund: "I always take a map, a compass and a camera" 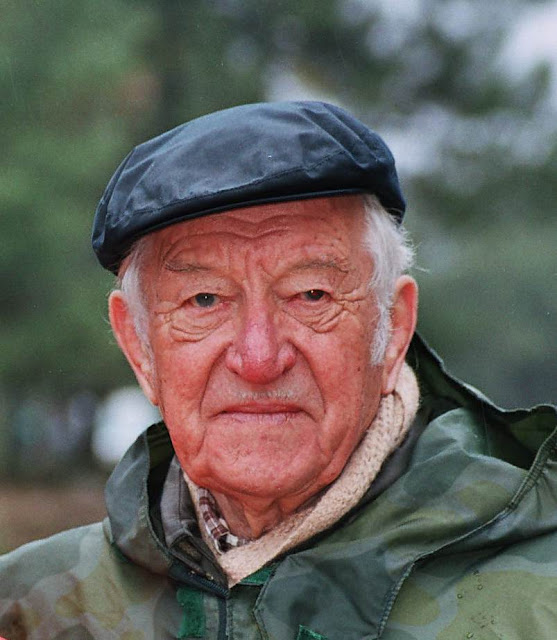 At a time when, in San Martin de Valdeiglesias, Madrid, is about to start the Martin Kronlund Trophy's 27th edition, the Portuguese Orienteering Blog recovers an Interview published this week on the Spanish Orienteering Federation's webpage, reproducing the conversation between the “father” of Spanish Orienteering and Chemari Bustillo, in the role of journalist. Worth reading!


Martin Kronlund is 84. Old in age, but still young, both physically and mentally. Swedish by birth, he feels himself Spanish. “My name is now Martin Kronlund Kronlund”, he laughs, “because I wouldn’t get my passport otherwise”. Since his arrival to Spain, he lives in Madrid, in the heart of the city, something he doesn’t like very much: “Especially now. When I arrived, it was a nice place”, he recalls. That was in 1962, when he moved to Madrid to spend a season working as Fencing teacher and became captive by “the land, the people and their way of living.” Martin Kronlund is a gentleman, observer, sincere and calm. It's quite obvious that he enjoys to be in the forest. For some reason he has been practicing orienteering for more than 70 years, since his father taught him.

In the little Orienteering world he is a guru, a well-known person worldwide. I was supposed to interview him early in the morning, before the race, but he asked me to wait. “My voice in the morning isn't very good”, he argued. He talks brokenly, slowly, and before doing it, he thinks, just like in Orienteering, where you have to think before running. Martin Kronlund loves exchange experiences and the conviviality with people, showing his great sportsmanship nature, something that has been with him all his life. Its physical background lies in the daily “must-be” cross-country skiing, as it was “the only way to go to school”, he says. No doubt it worked and he keeps an excellent physical and mental shape, despite his advanced age.


When and how was born the Martin Kronlund Trophy?

Martin Kronlund (M. K.) -The first edition was in 1988, although I don’t remember how it was born. It was a proposal to my club at that time, the Orienteering Club Adyron. We agreed and accepted the challenge to organize an Orienteering event in Madrid, where it has always been held, it’s a tradition.

How was your arrival to our country?

M. K. - I was working in Stockholm (Sweden), teaching Fencing, but I had something inside me that was encouraging me to move. I saw an advertisement in L'Esgrime, a magazine I used to read, where they were looking for a Fencing teacher in Spain. I didn’t think twice.

It is said that you are the introducer of Orienteering in our country. Is it true?

M. K. - Well, it’s possible. The origin, in a broad sense, isn’t well known, but, as a new sporting discipline, it’s possible that I was responsible for the introduction of Orienteering in Spain.

The truth is that I worked as Fencing teacher in the Spanish Federation, developing my work in the Physical Education National Institute, Madrid, in a beautiful forest. In 1967, I came up with small Orienteering courses in this forest, offering to my students a fun way to practise. I had been practising this sport for years in my country of origin, but in Spain it was unknown. The goal was to train my students phisically and Orienteering was an easy and fun way of doing it. I had a very good relationship with INEF teachers, and they were very happy to have a new sport in Spain.

How has the evolution of this sport been in Spain?

M.K. - It has changed a lot since then, thanks to the work of lots of young people, to formation programs and to the creation of a Federation dedicated exclusively to this sport. All this has made it become something real and well established. In 1971 I contacted a Swedish guy living in Madrid proposing him to make a new map during his Christmas holiday. This was published in 1972 and, according to the International Orienteering Federation, was the starting shot, a real boom. Now there are thousands of orienteers, people who are not dedicated to it professionally, but who trains and strives to consolidate and promote the sport.

What would you say to someone who wants to start in this sport?

M.K. - If someone wants to start, the simplest thing to do is to give me the hand and we'll go together into the forest. With a map and a compass we will learn together to watch it and to discover the secrets it keeps, like when I was a child and I walked in the forest with my father, holding hands.

What's the most important thing: running or thinking?

M.K. - The two things are very important, it depends on the course and the map. There are parts where you can run thinking less and others where you have to go very focused, keeping a low pace. The one who set the course must mix the two types. The most important thing is to keep focused when approaching the feature in which the flag is located; you have to increase your concentration as you approach the control and, in the end, the most important thing is not let that physical exhaustion stops you thinking: a mistake under these circumstances can be the cause of a bad result.

In this sport you have a goal to achieve. Each one chooses the way. When you reach the goal, you immediately set another, and so on. Depending on the character, some arrive faster and others slow down, there are some that are passed and others don't arrive, even others that aren't able to meet all goals. Don't you think Orienteering is very similar to people's life?

M.K. - What a beautiful observation! Orienteering is like life, life is like Orienteering ... I had never thought about it; it's true, you're right... like the lives of people ... In addition, the one who passes, loses control. There are people who prefer the binomial map-compass and others choosing map-legs.

What do you have in that backpack you always carry on your shoulder?

M.K. - I always take a map, a compass and a camera. I like to photograph highlights, special elements, interesting elements of the forest that I can use later in my presentations on course setting to propose control points where to put a flag. I also like to take photos of the orienteers, the children, all of you... By the way, wait a moment ... Well, I also have a chocolate (laughs), in case of burn out...!

The original Interview can be seen at http://www.fedo.org/web/ficheros/noticias/2017/2017-Entrevista-Chemari-Martin.pdf.