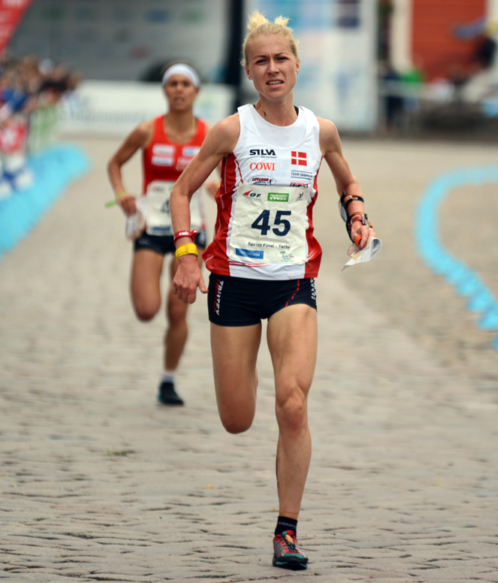 - I feel very happy and it is also a relief. I have been looking forward so much to this day although I am getting more and more nervous every year. I am very proud of this medal, as the pressure is getting bigger and bigger, says Maja Alm.

Galina Vinogradova, Russia, was third just one second after Gemperle.

- It feels so great now, especially because I have focused a lot on sprint training ahead of these championships, says Daniel Hubmann.

Posted by Joaquim Margarido at 6:20 pm